Reflections on the LGBT Community

Laurie Kelley March 20, 2016
I’m visiting my daughter at college, just for the weekend: enough time to realize how different things are when I went to college so long ago (one dorm specializes in “clothing optional” parties?), and also to enjoy young people and their passionate causes. Students here are crazy about Bernie Sanders, for one. And conservation, for another.
And gay people rights. It made me think about our bleeding disorder community, and how the LGBT community fits in. Thirty years ago our paths were intricately woven, bound by the HIV holocaust. And now? What has happened? Justin Levesque, an articulate young man who is gay and has hemophilia, eloquently and thoughtfully writes about this topic in the February issue of PEN, shared below: 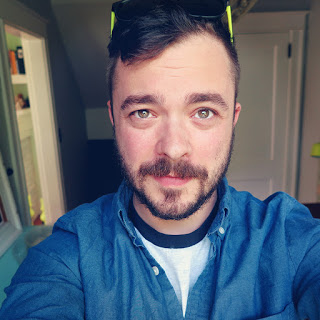 The Sum of My Parts
Justin Levesque
There’s a memory I have, from when I was about eight years
old, riding in the backseat of my mother’s white ’91 Pontiac Grand Am. When
“Goodbye Yellow Brick Road” came on the radio, I repeated an offensive and
overtly homophobic joke about Elton John, the punch line lying far beyond my
comprehension. Perhaps I had learned that making the joke was important, an
unspoken rule. Perhaps I felt it necessary to mimic the way my father spoke
while creating as much distance as possible between the unconscious truth about
myself and Elton’s music, which blared from the radio.
In
later years, my mother would have to travel her own rocky path to reconciling
the latent reality that her son was gay. But to her credit, in that moment, she
steadied the wheel, disapprovingly whipped her head to look at me, and simply said,
“Baby, that doesn’t matter when the music is so beautiful.”
While
my personal identity remained mostly dormant and unprocessed for several more
years, there was never any escaping hemophilia, the medical identity that was
genetically determined to be seen and heard. Born in 1986, I narrowly missed
the direct impact of the HIV epidemic that swept the nation through the tainted
blood supply. This was also a period in our community’s history that predated
prophylaxis: treatment was given only in response to a bleed, and the
punctuated relationship between a bleed and pain was intimate.
These
were formative years between a time of medical crisis and the promise of
prophy. It was a place where resilience became an innate part of who I am, and
when I first realized an acute awareness and responsibility for my body. And it
is a place where I can still find inspiration from all who came before me, and
take comfort in the forged path for all who follow.
I
never officially came out as gay or, as I now self-identify, as queer. Through
adolescence, I embraced my medical identity as a person with a bleeding
disorder. I accepted that there was indeed something different about me. My
blood doesn’t clot, and striving to project that I was “normal” seemed utterly
exhausting. Each summer, my classmates would drive to an overpass with a river
underneath. I’d go along, but it felt easy to choose not to jump off the
bridge, down the daunting 25 feet into the dark, shallow water. What was there
to prove? Allowing my medical identity to be a part of who I am was the
internal scrimmage in the process of organically becoming the sum of my parts,
intrinsically woven. There was no need for an “out of the closet” announcement
or to explain all the missed days of school. I refused to live anything but my
truth.
Of
course, there have been obstacles along this journey of identity. But oddly
enough, the most difficult hurdle to navigate so far has been within the
hemophilia community itself. The lesbian-gay-bisexual-transgender-queer-plus
(LGBTQ+, but more specifically, gay male) community and the hemophilia
community have a deep and complicated historical entanglement that originated
during their shared health crisis of the 1980s. At the time, both communities
were just entering into what seemed like a period of liberation. LGBTQ+ folks
were experiencing a newfound visibility in society while the advent of factor
concentrate gave people with hemophilia fewer trips to the emergency room and
the “invisibility” of home infusion. That golden age was short-lived, and these
two groups of people, essentially strangers, became embroiled in the fight of
their lives. Fueled by fear and biased media coverage, the only choice was for
both groups to acknowledge the other in what would become a relationship that
was publicly antagonistic yet quietly supportive.
Some
of the public antagonism cut deeply: people with hemophilia were portrayed as
innocent victims of the epidemic. In response, LGBTQ+ activists rejected their
presumed guilt, and proclaimed “All People with AIDS Are Innocent.” National
Hemophilia Foundation established a “gay blood ban” in 1983. Meanwhile,
hemophilia families looked beyond their HTCs to seek information and resources
from LGBTQ+ HIV/AIDS support groups, and hemophiliacs themselves became
activists.
Michael
Davidson writes, “Hemophiliacs, by association with a ‘gay-related’ disease,
were subject to homophobia on the one hand and what one commentator has called
‘hemophobia’ on the other.”1 Ryan White, threatened and targeted himself,
in many ways encapsulates this sentiment. Specifically, in the mainstream
media, his image was in part responsible for desensitizing the stigma around
HIV/AIDS, but it also—despite Ryan’s consistent rejection of the criticism of
homosexuality—created distance between hemophilia and the LGBTQ+ community.
When
it comes to being gay/queer and having hemophilia, it can sometimes feel like
these two key parts of my identity are in conflict. This, in turn, never fails
to take me by surprise, given how important each was to the other in my
coming-of-age tale. And, as I would learn during community events, that
conflict inside me was not unwarranted. In 2014, after moderating a rap session
for LGBTQ+ people with bleeding disorders, I was questioned on the validity of
holding such a session. Then I was asked, “Why are you trying to bring AIDS
back into our community?”
Even
with the amazing progress toward equality we’ve seen in 2015, it’s clear there
is still a wound to be healed among us.
Justin Levesque holds a BFA in photography from the
University of Southern Maine, with a specialization in the critical analysis of
images and their impact on social norms and community expectations. He lives in
Portland, Maine, and runs his own design studio, Shop Geometry. Justin serves
on the board of directors for Hemophilia Alliance of Maine and runs a group of
programs called FOLX (folxfolx.org) that celebrate arts and creativity in the
bleeding disorder community.
For more information on the LGBTQ+ community, please visit
http://www.glaad.org/reference/lgb or thesafezoneproject.com.
1.
Michael Davidson, Concerto for the Left-hand Disability and the
Defamiliar Body (Ann Arbor: University of Michigan Press, 2008), 41.