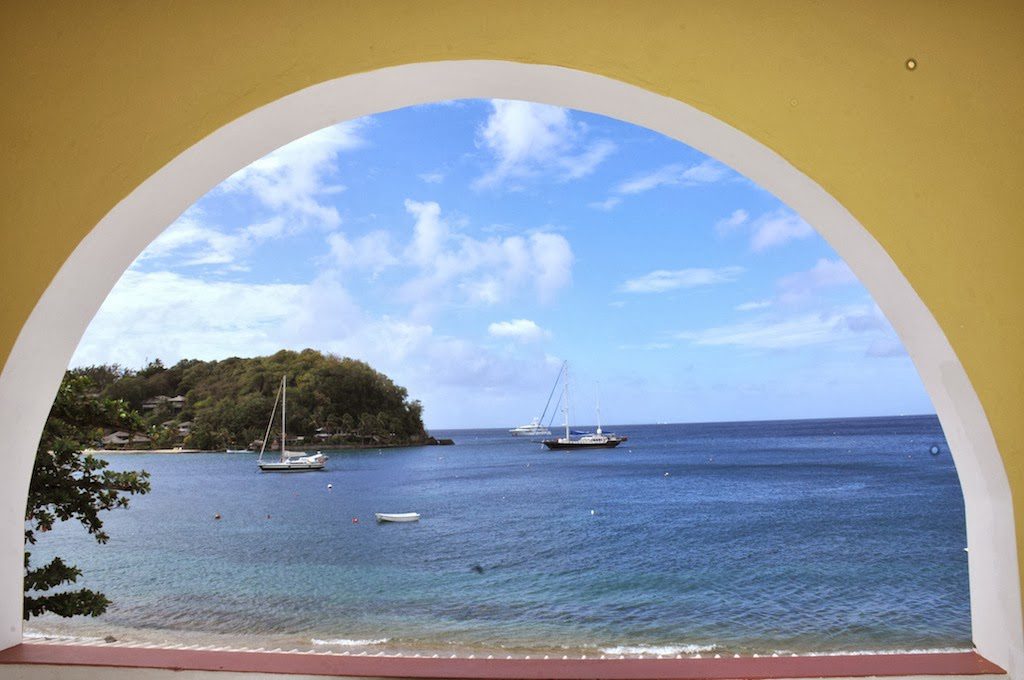 After
escaping a major snow storm that grounded 50% of flights at Logan, I boarded JetBlue
to New York on Thursday, then Bridgetown, Barbados, and then my real destination, St.
Vincent and the Grenadines (SVG), a nation composed of five islands. I was last here
in 2001—13 long years ago—to meet the Fordes, a family with hemophilia on the remote island of Mayreau. It’s
not easy to get to. After a one night stop over in Kingstown, the capital of SVG, and a meeting with the
lovely Dr. Bhattarai Datta, a pediatrician who wants to start a hemophilia organization,
I had a short flight, over to Union Island in a private plane, owned and

piloted by Martin Jennett,
a suntanned, charming and wry Scotsman who has lived here since the 1970s. He
showed up in shorts and flip-flops, and said climb in! His Grumman American
Tiger—which he says is “just my car”— is compact, cute, nimble and does the
job, just like its owner. His gorgeous clipper Scaramouche was used in the Pirates of the Caribbean! 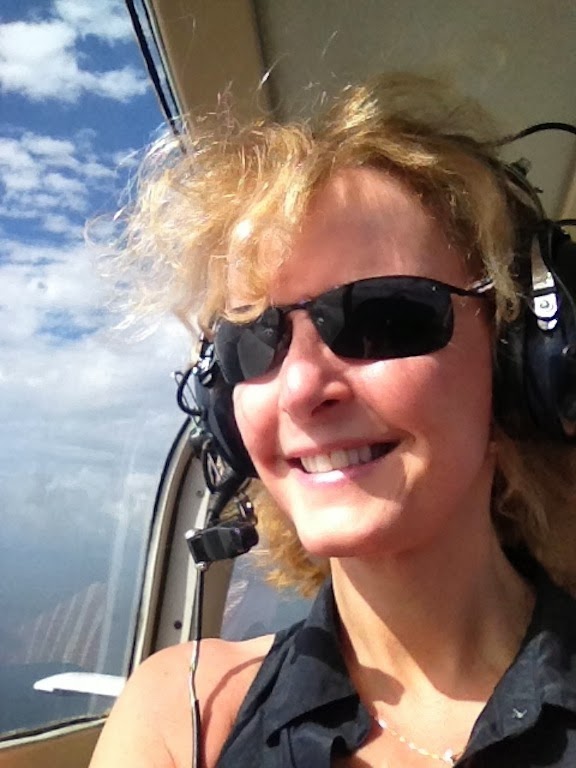 The boat was
ready, so we gingerly stepped in, balancing dock to rocking dugout; I started
doing the splits with one foot on the boat and one on the dock as the boat
suddenly drifted away. Thankfully Tevin grabs me and keeps me from plunging in!

A very fast
speedboat ride, crashing through the mild waves and dousing us with salty water,
to get to a neighboring island about 30 minutes away to get the cheapest gas
around: about $7 US a gallon! Everything on an island that must be imported is
expensive, and almost everything must be imported. We finally pull up; my hair
looks ghastly, my sunglasses are salty and coated but what a great ride!
After we load up
with an amazing amount of gas (must have been 50 gallons or more), just sitting
in the boat at our feet we head out again. I realize we don’t have life
jackets, or a radio, or much of anything safety wise, and now have a boatload
of gasoline. Yikes.
We tour for the
next 90 minutes all around the islands and cays. We see in the distance the
small island where Pirates of the Caribbean was filmed. We see pretty green
turtles poke their heads out of the water, staring at us with dull eyes. The
water is a startling, pure turquoise, like a liquid gem. The sun beats down in
us, despite the breeze and wind, and I am soon sizzling red.
We head back and
in minutes are back at Mayreau Bay. I head up to Dennis’s to change. We later
meet up at Kishroy’s house. En route in the dark, we spy Nancy and Lorne on the
street and say our goodbyes and hugs. Maybe it’s the atmosphere, or being on
such a remote and sparsely populated place that makes you need to get along,
but you feel closer to people here. Nancy told me only last year for the first
time did the island finally get a policeman. A vet comes to the island once a
week (there is a problem with too many dogs); a nurse also comes once or twice.
If you get really sick at night, you must take a boat to get to Union, and the
facilities there are a bit scary. Martin simply says, “Get to Martinique if you
need medical attention.” And I am sure that’s not just a ploy to hire his
aircraft.
So for Kishroy,
it’s a risk daily to live here. But tonight we celebrate. Unknown to me, Adolphus
awoke predawn and went fishing, and came home with two gorgeous lobsters. He’s
as good a cook as he is a fisherman. With fresh salad, rice, potatoes and
lobster, this is a meal fit for royalty. We sit outside on this wooden deck, in
the dark, very simple, but with so much elegance and respect. He is a man of
few words; but I know when I am being thanked. I also note that lobsters are
his main source of income; to give away two is a sacrifice. And I note further
that Adolphus, for all his lack of education, humility, and humble home, has
given me an entire lobster; Kishroy gets the tail of the second, where the
succulent meat is of course, leaving Adolphus the head and chest, where there
is virtually no meat. I am always struck by the true class some of the poorest
people exhibit, and which is so lacking in many of the well-to-do. 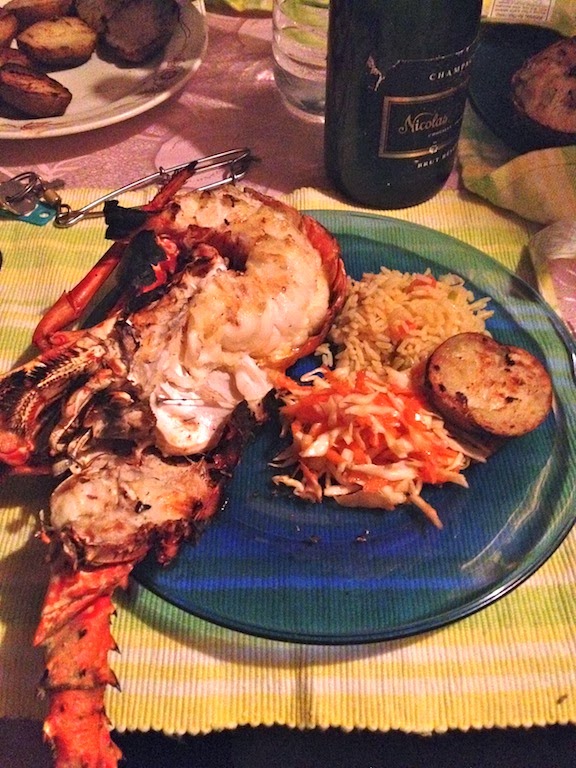 We pop open some
champagne and toast ourselves. And I split the lobster tail and share with
Adolphus. A grand meal, a way to say thanks for all those who sponsor Kishroy
(first the Castaldo family years ago, and now John Parler) and for those who
donate factor. We are all keeping him alive and well. In his slight, faint
voice, accented with the British lilt of the islands, he says, “T’anks for the
factor and the sponsorship.” Nothing more need be said.

We walk back in the
darkness, skirting frisky dogs and a random goat, listening to the blaring and
pounding of the karaoke bars nearby, stars above, ocean surf ever present, and
say good bye at the gate of Dennis’s Hideaway. What a difference 24 hours
makes. What a difference shared lives make. What a privilege to be here.