Putting One of Our Own in the Senate 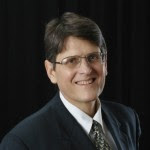 There was a welcome article when I picked up the Boston Globe this morning: “REMEMBER BOB Massie? The 1994 candidate for lieutenant governor doesn’t think so, and he’d like to reintroduce himself. “I’ve been away a long time,’’ he said in an interview.”

Of course we remember him. Son of Pulitzer Prize winning author Robert K. Massie, and author Suzanne Massie, who served as one of Ronald Regan’s advisors on Russia. They are most famous for the book Nicolas and Alexandra, the last Tsar and Tsaress of Russia who had a son with hemophilia. High powered parents, and an extraordinary childhood, all chronicled in the parents’ deeply stirring book Journey, arguably the first book ever on hemophilia. Many of us know Bob, and many of us just saw him at NHF in New Orleans. Yes, he has been away, with good reason. He no longer has hemophilia, thanks to a liver transplant in July 2009.

Bob has been through a lot. I saw him last January, when he donated all of his remaining factor to Project SHARE; with a new liver, he no longer has hemophilia and doesn’t need factor anymore. I visited him in his Cambridge home and got to meet one of his sons. I noticed all the photos of Bob with politicians: Bill and HIllary, Al Gore, and Ted Kennedy. His family has close political ties with many of our country’s top figures. And when we saw him in New Orleans in November, his transformation was remarkable. He looks fabulous, and obviously feels great. He is now a contender to unseat Republican Scott Brown in the Massachusetts Senatorial race in 2012.

Bob’s the first Democrat to publicly declare his candidacy. The Globe article notes: “Massie is certainly an unusual candidate. An ordained Episcopal priest with a PhD from Harvard Business School, he
is an award-winning author and social entrepreneur who also happens to be one of the longest-surviving HIV
patients on the planet.

“Is he a strong candidate? His ability to raise money and build an organization will tell…. he also knows he needs to get an early start on 2012, and is performing the necessary obeisance to political figures around the state. He formed a campaign committee, is establishing a depository account, and will have a website up shortly.”

For us, the hemophilia community, Bob could be a true godsend for health care reform. The Globe reports, “He believes
the American medical system (at least until the recent reforms) is a disgrace: tending to deny care to those who
need it most. ‘In addition to the burden of illness, people are being punished — there’s no other word for it — with
bankruptcy, misery, poverty,’ he said. ‘In my view that’s un-American.’

“…Massie has also deeply studied the health care system, its economics and history, from the inside out. At age 12 his family spent a year in France, where all his hemophilia drugs and treatments were covered ‘as a fundamental right of citizenship.’ Health care policy is not theoretical with him. Besides, Massie is no anti-business scold. He has worked with many of the world’s largest companies, including Sunoco and Ford, to develop the first standardized measures of corporate social responsibility.”

It will be interesting to see if Massachusetts, which stunned the nation when Scott Brown was elected, is ready to re-evaluate. Long considered a liberal state, and fertile ground for Democrat hopefuls, Brown overturned all the tables. Bob could represent a return to the roots of liberalism in Massachusetts. His candidacy can perhaps be a litmus test to see how Massachusetts is transforming. Was Brown a blip? We will wait and see. The idea of having someone who has suffered from hemophilia and hepatitis most of his life at Capital Hill could only be great for the hemophilia community, and perhaps for all who suffer from chronic disorders.