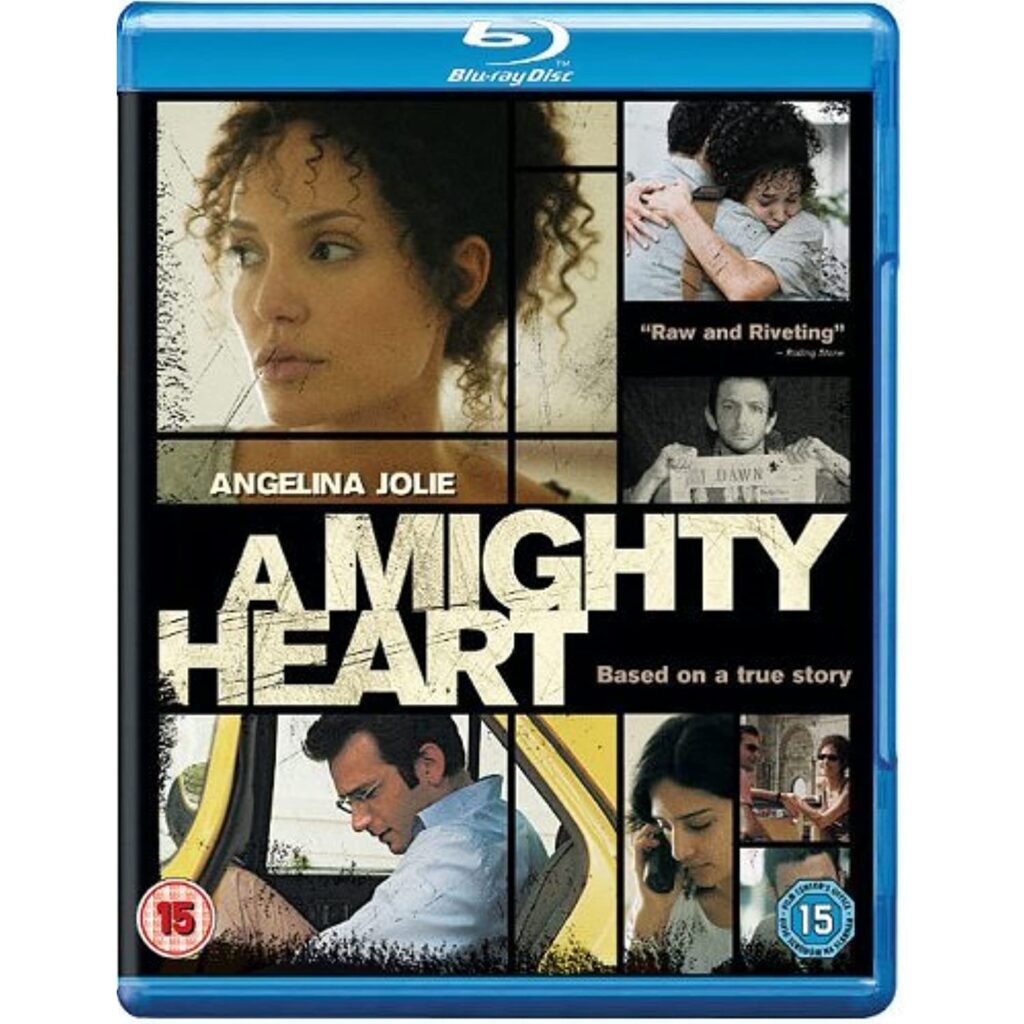 On Friday, my team and I went to see the opening of “A Might Heart,” the movie about Wall Street Journal reporter Daniel Pearl, who was kidnapped in Karachi, Pakistan in 2002. The movie stars Angelina Jolie as Marianne Pearl, his pregnant wife and fellow reporter, whose book the movie is based on. Julia and I had just been to Karachi in mid-April, so it was stunning for us to see so much of Karachi in the film. It accurately captures the densely packed former capital of Pakistan, the sounds, the crowds, the color, the craziness. This is what it was like for us to travel there. It might beg the question that so may ask us, “Why do you want to go there?” But I think Randall Bennett (head of the State Department’s bureau of Diplomatic Security) sums it up best when he says, “I love this town!”

But we popped out of our seats and stared at one other when we heard that Pearl had a rendezvous planned with his kidnappers at The Village restaurant; this is where we had lunch on April 15. (In the movie they used a different restaurant with the same name to disguise it) The movie is worth seeing for many reasons: Jolie gives a great performance, as does her supporting cast. It tells a worthwhile, true story. The story itself is not that remarkable; reporter kidnappings happen a lot in this new era, as even this past weekend BBC reporter Alan Johnston was kidnapped in Gaza City, and a photo is now posted of him on the internet wearing an explosive vest. The Pearl story might have been just another footnote in the history of journalism were it not for the gruesome ending, which was posted on the internet and viewed by millions around the world, instantly sensationalizing it. At the end of the movie, I still did not get a real sense of who Daniel Pearl was, and only felt that Marianne was stoic as she underwent this horrific ordeal. To me they seem like ordinary people who got caught in a situation they both knew could happen. There are better movies about survival, stoicism, journalism and character. But this one I was particularly interested in because it took place in Karachi, a city where we work to help an estimated 1,300 with hemophilia, and where I had just visited.

Karachi was in the news over the weekend when torrential rains and strong winds battered the city, resulting in over 230 deaths. Much of the city lost communication and electrical power. I know our hematologist friends there are doing what they can to keep hospitals open to help those with hemophilia.

While Pakistan is not fairly represented by just Karachi, which will appear as the Wild West in “A Might Heart,” Pakistan is a beautiful but struggling nation. President Musharraf, who launched a military takeover in September 1999 (just two weeks after I first visited) is in trouble. Despite improved economic growth, the country has seen Musharraf consolidate his power, through dictatorial means. Firing his chief justice (Julia and I flew to Islamabad with the newly appointed chief justice, who was swarmed by media), silencing media, and shooting demonstrators have led to a call for his resignation. And, he is deeply tied to the US, which gives billions in “aid” to fight the Taliban, which is deeply entrenched in northern parts of the country. It’s a complex country, and America is intricately tangled in its future now. But go see “A Might Heart.” It will plunge you immediately into a country most Americans have never seen, and will never see. As for me, I cannot wait to return to Pakistan, and continue our humanitarian work there.