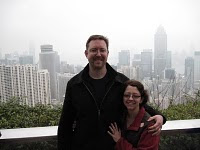 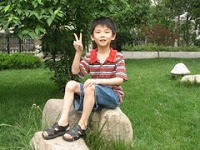 Hemophilia in Haiti: How to Help?

Many people in our community have asked me if we can do anything to help those with hemophilia in Haiti. As you are all aware, Haiti, a small country of 10 million that shares the island of Hispaniola with the Dominican Republic, was hit with a massive earthquake last Tuesday, which destroyed the capital of Port-au-Prince. The images are horrifying: hundreds of dead bodies left to decompose in broad daylight; thousands with crush injuries; thousands without food, water or shelter; hospitals collapsed, all the government ministry buildings collapsed, even the presidential palace.

I visited Haiti in 2002 with the purpose of starting a national hemophilia organization, nothing of which existed. I have always had concern about Haiti. Many years ago, when I worked as a psychologist for the state of Massachusetts, I worked with many Haitians and developed friendships and learned about their culture. I felt in 2001 that Haiti was quite ignored by the international hemophilia community. I was busy working with the Dominican Republic, which borders Haiti, and kept wondering about hemophilia care in Haiti. Eventually, a Haitian father of two boys with hemophilia contacted me to request factor. That’s when I planned my trip and went.

It was one of the poorest countries I had ever seen. Not much by way of infrastructure, clogged, snaking roads through the capital filled with hard working people and trucks and cars belching black exhaust. There were no beggars because there was no tourism; and it struck me how hard everyone was working. I stayed at the Christianville Mission, where the father was the director. A beautiful mission compound that had state of the art dental and optometry clinics. I stayed for a week, helped put together a board of directors, met with some doctors and found a businesswoman who eagerly wanted to help. Everyone was gentle, kind, polite and eager to start the project. I left a few pounds lighter and very happy.

Then came political unrest, and kidnappings of Americans. Everything had to be halted. My contact, the father, left with his families for a few years, and came to the states. I have not heard from him now in a few years.

So hemophilia in Haiti? There is no care. No one knows who the patients are. There was no patient registry, no clinic for hemophilia, and certainly no factor. The only factor they ever have had is what I sent from time to time, and that was quite a few years ago. There was nothing before the earthquake, and now, it will be another year, maybe more, before I can return and hopefully restart the project.

If you want to help Haiti, help it for every other reason besides hemophilia; the country and its long-suffering people need your help. Give money for the orphans, for the hospitals, for the food programs, for clean water. Give to the American Red Cross, Oxfam America, or any of the dozens of relief organizations that are now helping. Give to Christianville, the organization I worked with, which provides so much care and education for so many. Give… and pray. Haiti is filed with decent, good people who have endured decades of repressive regimes, and natural disasters including hurricanes, mudslides and now an earthquake. Why? Why always Haiti? There are no answers, except to continue to give.

I look forward to the day when I can report that we have begun our program for hemophilia again.

I finished this book the evening before the earthquake and couldn’t help but draw parallels. A book about a post-apocalyptic world in which a father and son, no names given, walk endlessly in an ash-covered landscape, barren and bitter. They witness man at his absoulte worst, struggling to survive a holocaust, turned into animals, cannibals. The writing is absolutely haunting; the book was hard to put down. I actually began and finished it in one evening. McCarthy, author of No Country for Old Men, is a literary genius. I saw the movie first, still out at cinemas if you want to catch it, which I thought was one of the best I’d seen in a long time. It’s not a feel-good movie, but it is powerfully moving in its simplicity, solitude, desperation. The ultimate story of a father’s love for his son. Three of four stars.

A heart-breaking story comes out of China, one that too many in our own US community can relate to: trying to wrest compensation for HIV and hepatits C infection from tainted blood products. The news wires are reporting that the Heilongjiang Province family of Wang Lei filed a lawsuit over the infected factor VIII in June 2003 at Changning district court in Shanghai. It appears that big city families are already getting compensation; Shanghai-based hemophiliacs each had their medical expenses reimbursed. But families from rural areas and distant provinces are getting no help.

The Chinese courts claim that the plantiff failed to provide sufficient evidence and an HIV virus infection might have come through any one of multiple channels, according to Wang Lei, the father of the boy. The courts are telling them to find compensation elsewhere.

We all know that trying to get anything done in a Communist regime is a nightmare of bureaucracy. “After further court failures in his home city of Harbin, capital of Heilongjiang,” the papers report, “Wang and his peers have trudged thousands of miles down the many and various hopeless petitioning bureau lines of China. One out of every 500 petitioners, or 0.2 percent, have their problem actually solved, according to Yu Jianrong, a researcher at the Chinese Academy of Social Sciences, in his 2004 report The Deficiency of Petition System and its Political Consequences.”

Eight years of struggle with the Shanghai Institute of Biological Products and its parent pharmaceutical company of Sinopharm has not paid off. By contrast, Hong Kong-listed Sinopharm – the China National Pharmaceutical Group Corporation – reportedly earned over 700 million dollars in 2008. Its revenue in 2007 reached 35 billion yuan.”

And recently, on December 30, the news really hit the wires when the family and other families with hemophilia petitioned in front of the Beijing headquarters of Sinopharm for a compensation package for the 15-year-old blood contamination scandal.

They’re asking for about $146 as living expenses and also hotel fees from a month’s petitioning in Beijing, plus six vials of factor VIII. Six vials. For all their troubles!

After three rounds of negotiations, Sinopharm agreed to offer each patient $1170 “consolation money” and paid their Beijing hotel bills. “The petitioners were reminded that the company will make no more payments and accept no more petitions,” one story reported.

The father, Wang Lei, has paid for his son’s treatments by borrowing from relatives. Compounding their problems: he and his wife were laid off in 1997. They are running out of treatment options.

China has about 130,000 people with hemophilia, and about 1,000-2,000 are HIV-positive. Two bright notes: China now has a dynamic patient-based group called Hemophilia Home of China, which can help families like Wang Lei, and Asia Catalyst, a non-governmental organization based in New York, has raised some suggestions for China’s population with hemophilia and HIV to help keep the good fight going. It’s a fight well known to some hemophilia veterans here, who have known the rejection, isolation and hopelessness, but who eventually prevailed, at least in the courts. Let’s hope China achieves that one day soon.

This incredible story of survival recounts the remarkable true tale of a 24-year-old Polish soldier who is captured by the Russians, held for 18 months in brutal, subhuman conditions while being interrogated, and eventually set on a 1,000 mile journey to prison in Siberia. The scenes of camping in a subzero degree frozen wasteland in nothing more than shirts and pants defy the imagination. He has to walk, while chained by the hand to a truck, for miles and miles until they reach the prison. He never once gives up on escape, though he is surrounded by the brutal winter of Siberia. But he does it, with six other men, and they walk literally thousands of miles, even through the Gobi desert, to reach British-held India. Incredible story of survival, told without a hint of “why me” or injustice or bitterness. Must read! Four stars.