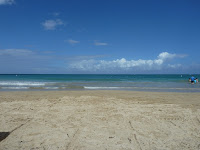 I have a strong affection for Puerto Rico and its hemophilia community. I first visited in 1998 after speaking with a young mom, Yoli, who called me to ask about her out of pocket costs, which were extraordinary. The timing was good, as I was beginning to wonder about the state of care there. All our newsletters to the Puerto Rican hemophilia foundation were returned, and there was no phone. Yoli did a bit of investigating and learned the nonprofit had become defunct. With a little more discussion, she decided to revive the nonprofit, and the new Asociación Puertoriqueña de Hemofilia (APH) was born.

Yoli and her husband Rene worked hard to build the new association up from the dust. And they did a fabulous job. Soon they had money for camps, scholarships and travel. They upgraded the only factor product on the island to a more advanced product. Things were going very well!

Then Yoli left to come to the US (mainland, that is; Puerto Rico is part of the US as a possession). Another young parent and lawyer, Johnny Marquez, took over the helm a few years back. Like Yoli, he has a son with hemophilia. I had stepped back so far I kind of lost track of what was happening there, and decided that the dead of winter, with one of the snowiest winters in history, was a good time to make a social call.

Zoraida Rosado and I headed to San Juan on Wednesday, in between huge snowstorms in New England. Puerto Rico is often called the Shining Star of the Caribbean, renown for its pristine beaches and water, lovely climate and friendly people. While English is spoken, not everyone speaks it. I wondered if this created a barrier to hemophilia care since so much is available in English.

On Friday night we met socially with families and the executive team of the APH. Johnny and wife Tammie opened their home for everyone. We had a lovely time and Johnny filled us in on how things work in Puerto Rico.

First, there are about 180 people estimated to have hemophilia, and about 125 of these are registered. Though a small island, many people live far outside the capital, making it hard for them to come in to get care at the main hospitals. And despite being a US possession, medical care is definitely offered more like a socialist country. The government has a budget for factor, opens a “tender,” and pharmaceutical manufacturers offer bids on their products. Usually the government goes with the lowest bids per unit of factor. With a limited budget, the government typically selects plasma-derived products, as they are able to buy more product within the budget limits. 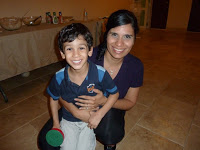 Just recently, a recombinant was selected. One of the moms I spoke with was a bit frustrated that she must go to the hospital each time her baby has a bleed. She is already to start to learn home infusion, but the hospital didn’t want to offer this. So she bought factor herself, out of pocket! I can’t imagine that happening on the mainland.

Overall, the children looked great, well cared for and very happy. We brought some of our books in Spanish, and hope to send more materials. 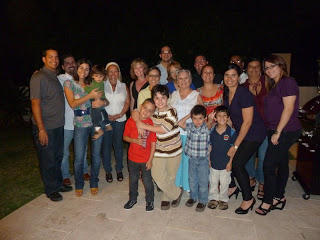 Insurance reform will also impact Puerto Rico, but how we just don’t know yet. I’ve invited Johnny to come to one of our Pulse on the Road seminars, so he can learn more and bring back information to our very warm and hospitable Latin friends on the beautiful island of Puerto Rico.

Thanks to Johnny and Tammie, and everyone who made our stay so pleasant!

Disappointing Book I Just Read
The Imperial Cruise by James Bradley
In 1905 President Theodore Roosevelt sent a large political delegation, including Secretary of War William Taft, and his own daughter, the outspoken and rebellious Alice, on a cruise aboard the Manchuria to Japan, Korea and Hawaii to pave the way for better foreign relations. What was unknown to the public, and deliberately kept secret from Congress, thus breaking the Constitutional law, was that Taft and Teddy made secret alliances with the Japanese against Korean and China that left an open door to the Japanese to later invade these countries, and, Bradley postulates, lead to the attack on Pearl Harbor. The history he presents is not new, but Bradley makes much of TR’s racism, a topic most would like not to discuss. TR was just a product of his time, some might say. A fair point.

The topic of breaking the Constitution is excellent; Bradley’s depictions of what our country did to the Filipinos are searing; our military’s actions are unforgiveable. You will be shocked if you have never heard this history before. He is to be applauded for reminding us that America has had (and still has) imperialistic motives. But the book is very hard to read, not because it is too scholarly or bogged down in minutia of history (it’s light on all that, if anything), but because of the vendetta Bradley apparently has against the Roosevelts. Bradley seriously damages his credibility as an author by using quotations grossly out of context and cherry-picking vignettes from TR’s life to paint a caricature of a man, instead of fairly raising the questions of his racism, nationalism and motives. He refers constantly to “Big Bill” (the 300+ pound Taft), “Princess” Alice and “Big Stick Teddy,” almost in a sneering, snarky way. Not just once, but over and over and over. You wonder when the editors checked out. Bradley also seems to have a vendetta against Christians; he correctly points out that Christian missionaries started the opium trade in China, making so many businessmen (and reverends) in America rich, but created a product Bradley refers to, again over and over and over, as “Jesus-opium.” And that’s only one example of his seemingly anti-Christian tirade. You find yourself wincing, and wishing Bradley would grow up a bit, as a man and as a writer. I felt that I was reading a weak term paper from a college student at times (too many times). He also jumps to historical conclusions, while missing key information in his theories and hypotheses. Most disappointing, coming from the author of Flags of Our Father, later a Clint Eastwood movie. Maybe, just as he repeatedly accused TR, Bradley has become slave to publicity, and needed to kick the readers’ hornet’s nest to get some media attention. He didn’t have to; the story of what happened in 1905 doesn’t need any flourish. It’s a sad chapter in our history. But there are probably better books to read on the subject than this one. Two stars.