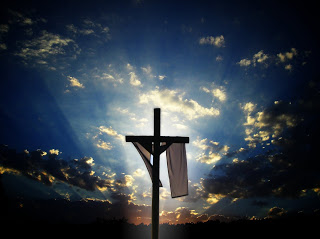 Wishing the blessings of Easter to all our friends everywhere!

Today is World Hemophilia Day, celebrated all over the world where there are established hemophilia organizations. There will be some excellent photos and public awareness campaigns, which will hopefully help these organizations get recognized from their governments.

It’s also a time for companies to make grants of money and factor as gestures of solidarity, which is great for established organizations.

There are an estimated 400,000 with hemophilia in the world. Up to 75% of them have little or no treatment. Many of them are even in countries where there are hemophilia organizations. But here is an interesting thing: If we could observe the earth from a far, and light up the countries where there are no hemophilia organizations, you’d be amazed to see that most of them are in sub-Sahara Africa and the Caribbean. This means no patient registry, no education and no factor.

It will be a glorious World Hemophilia Day some day in the future when we are able to bring so many other countries into our global community and share our success, our resources and our compassion with them. For now, we can be glad for those we have helped and who are celebrating. 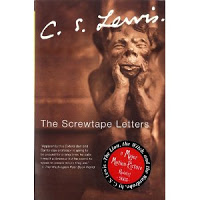 I thought to reread this 1942 book from high school days today on Palm Sunday. What a joy! This small book is packed with thought-provoking commentary on religion, good and evil, Christianity, and being a human, amusingly packaged as a series of letters from a senior devil to his disciple. Lewis was one of the foremost authors on Christianity of his day, and is widely known for the Chronicles of Narnia series. But this book is truly one of his masterpieces. Easily read in a few hours, it will haunt you for years. Screwtape writes to his nephew, “dear” Wormwood, guiding him as the minion attempts to seduce a human to the dark side and away from Christianity. It is at once deep, amusing, satirical, insightful and embarrassing—you may see yourself at times in the hapless and struggling human. Far from the silly horror-movie antics Hollywood uses to portray devils, Lewis skillfully points out that devils can merely distract us from “the Enemy” God to win humans over to their side. There are many excellent thoughts and phrases, worth debating and pondering. What would Lewis write today with all our texting, computers, Netflix and video games? Four stars.

This week I travel to Kentucky to meet with many old friends and to be introduced to new ones at Hemophilia Federation of America’s annual Symposium. I usually am traveling overseas and have missed the last few years. HFA’s Symposium brings community members together to attend educational sessions, meet new members of the community, experience HFA programming, get motivated to action and to also have fun.

I am especially interested in the program on Healthcare Reform, to hear how healthcare reform may impact those with bleeding disorders.

So when was the last time you checked out the Hemophilia Federation of America’s website?

It’s a great place to see advocacy in action. If there is one word I’d use to describe HFA it’s advocacy. Founded in 1994, HFA has come a long way to define itself as a national organization. It was founded to meet unmet needs, though at the time we already had a national organization. The US is a big country, and diverse, with a traumatic history regarding hemophilia. HFA began as a grassroots upstart, defying the status quo and challenging the system—it’s primary focus was on blood safety, which made sense since so many of those who founded HFA were affected by the HIV contamination.

Now, with much of that behind the community, HFA still keeps its activist core and encourages families to join their efforts. This is much needed now as we enjoy the benefits of the new healthcare reform even while we worry what it holds in store for us.

Tune in next Sunday when I will provide some highlights and photos from my visit.

And visit www.hemophilifed.org to see what this driven and talented group is accomplishing!

This is one of my all-time favorites and I read it again just to keep it fresh. A timeless tale of poverty, starvation, survival and then success, and how the wheel of life keeps turning. Set in 19th century China, Wang Lung, a poor farmer, awakes on his wedding day. His wife, O-lan, a former slave in the house of a great lord, is homely and silent, but makes an excellent wife. The couple work the land and their efforts are rewarded. Until the drought… with great simplicity but beauty Buck pulls back the veil on peasant life in China, the beliefs and customs, while addressing human frailties that transcend all cultures and countries. Four stars. 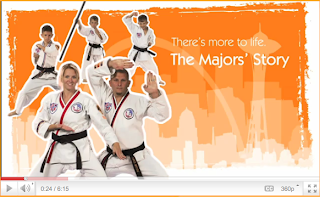 It was a great movie, wasn’t it? Amazing, startling, and look how Facebook, YouTube and blogs are changing our lives in just a matter of years! Some pundits have suggested they are the catalysts for the Arab countries now seething with revolution and unrest. Young people in touch with one another instantly as a group, communicating about change, and viewing the world outside their boundaries. It’s hard to imagine what life was like before Facebook and YouTube.

Social networking is making our world different. It’s helping to make the hemophilia world, I hope, better. We are able to share more and learn at a greater rate.

One new thing I saw recently on YouTube, besides videos of twin babies speaking baby talk, a baby dancing to Beyonce (hysterical!) and cute kitten videos, are some great videos about families with hemophilia that should give hope to new families dealing with hemophilia. Please check these out!

I met the Majors in person and what a great family; exemplary of what kind of life you can lead with proper treatment and exercise. I don’t know Jecorei personally, but he seems like a really nice young man. My son with hemophilia is into music, too, so I enjoyed his story.

I hope to see more stories like these on social networking sites, as networking is becoming the primary means of communications for busy families. Though not for everyone–my own 20-year-old daughter Tara has declared she is Facebook-free, perhaps the only 20 year old without a Facebook page!

For the rest of us, we can enjoy videos like these, and more! I’ll share them with you as I find them.

(Please note that “More Than Hemophilia” videos are sponsored by Baxter Healthcare Corporation)
Photo: The Major family of Louisiana