Kenya Day 1: At the Harvest 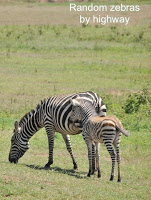 At the harvest, you know how good the millet is. Kenyan proverb

I have been traveling to developing countries for 15 years and usually travel alone. When I reach my destination, my hosts become my companions for the duration. This trip is quite different: I have my daughter with me, and three other Americans I hardly know. Sometimes you worry about how newbies will act when confronted with extreme poverty, pain and all the inconveniences of the developing world. I didn’t have to worry. We’ve only spent two solid days together, but it’s clear we have bonded and are excited about helping Kenya, learning from its people, and the upcoming Kilimanjaro climb.

The only bad news is that Eric Hill and son Alex are stuck in Switzerland, when they should have arrived tonight! And worse, Eric’s climbing gear is missing!

But our trip has been uneventful as far as bad luck goes, and eventful as far as mission goes. Mary, Julie Winton (a nurse who works with BioRx) and I arrived Sunday after a 12-hour delay in Paris. Kara Ryan, 20, a medical student, and Jeff Salantai, who has hemophilia and also works for BioRx, had already arrived on Saturday.

We met Sunday afternoon with Maureen Miruka, president and founder of the Jose Memorial Haemophilia Society-Kenya, and her colleague Kehio Chege, who has a son with hemophilia. We mapped out the coming week in detail. Lots of patient visits, a TV spot, a meeting at the health ministry, and a meeting at the MP Shah Hospital.

So I’m back in Kenya, a country I have grown to love, for my fourth visit. It is lush, green, rich with red soil, and bustling with people. The Kenyans are soft-spoken and polite as a whole. With a population of about 41 million, there are an estimated 3,000-4,000 people with hemophilia. But only about 400-500 people have been identified. The country purchases no factor, and remains dependent on donations from the WFH and Project SHARE. Our goal is to visit the Save One Life beneficiaries, while introducing Jeff, Kara, Julie, Eric, Alex and Mary to Kenya, Africa and the needs of those with hemophilia.

On Monday we were up early in the surprisingly chilly weather, and headed out to visit patients around Nairobi. We battled the traffic (called “jams”) for 90 minutes, just to go a few miles! First stop was in a very deteriorated project, with trash piles and low-lying laundry wires. Jacob is a 30-year-old with hemophilia A, who is very crippled. We all crammed into his sister’s small home, and learned a little about his life. It’s hard sometimes to hear of patients’ stories of suffering and pain, when they have not had access to factor. Jacob has a small business, selling used shoes by the side of the road. He hasn’t been able to work lately due to the numerous bleeds in his leg. He earned about $80 a month.

He wants to set up a new business, “tent making.” We learned what he meant is a tent-rental business. But to do this, he needs capital to get started. Well, Maureen and I have already discussed setting up a micro loan program for the adults and young men. Rather than just give them money, which is tempting to squander, the micro loan will ensure they will pay back the loan by working through a bank. Part of the proceeds of the Kilimanjaro climb will be used to start the micro loan program.

Jacob was having an active bleed as we were there, and Julie, still very jet-lagged, skillfully gave him an infusion of factor in the home! It’s amazing considering this is not only Julie’s first trip to Africa and it’s only day 2, but it’s her first trip outside the US!

While she cleaned up the medical supplies, Jeff and Jacob compared war wounds!

While saying our good-byes, the neighborhood children gathered round. Mary played catch with them while I snapped photos and then showed them the photos in the viewer, which delighted them to no end. Dozens of children romped about in the project square, with no adults supervising them.

On to Michael’s house. Michael is a sweet-tempered, charming youth of 21, wheelchair bound. He lives in a very small home, just two rooms and a small kitchen. Michael suffered a stroke in 2008, and has had epilepsy since, in addition to his factor VIII deficiency. His father Anthony just lost his job, and his mother’s company is downsizing and she fears losing her job, and then home. They live life on the edge. Michael’s medical concerns have overwhelmed the poor family. He is paralyzed on half his body. They have no car, and must use public transportation, in all that traffic. We can only imagine how difficult it is to get this young man into a wheelchair, down the street, on to a bus, and then to a hospital. Julie looked at his CT scans and saw the damage done to his brain. “One half his brain is dead,” said his mother. Yet Michael spoke very well, and told us he dreams of being a doctor one day, or at least to work with the JMHS-K to help the children with hemophilia, like him. I think we all had tears in our eyes when we left.

Michael needs a sponsor desperately, so please consider sponsoring him!

Another patient we visited was Stephen. He lives in his aunt’s nice home, which is large and clean. His primary family lives “upcountry” and they have given Steve to his aunt to be raised. The mother, simple and uneducated, thinks Steve has an evil spirit living in him—why else would he have this mysterious disorder? The aunt works for a bank, and is not a young woman, and also cares for other relatives. Steve doesn’t get to see his mother or sisters very much. On top of all this, his father just died in May. The aunt showed me a photo of a tall, handsome man. Life is so hard and brief here!

Last of all, we visited the Odwars, who I have visited three times in three years now! Daughter Moline and son Jovan have von Willebrand Disease. We hugged and hugged, and I finally gave Jovan something I had been saving all year—art supplies. He is a prolific sketcher and artist! Our group was very humbled by their small home, yet impressed by their immaculate attire and manners. It was heart wrenching to hear that they were 6 months in arrears with rent payement, and were being threatened to be homeless. We quickly paid off the rent, which brought tears of relief. All too soon we had to move on.

At dinner, back at the hotel, eating steaks at the “Golden Spur,” which ironically is decorated like the South West, Texan Jeff happily said he would sponsor Steve. As always, when you meet these amazing people, who live in poverty, with personal loss, pain that never yields, and a gentle grace, you come away feeling more grateful, more blessed, more compassionate and more powerful—you realize you have the power to change someone’s life.

I am already feeling a harvest from our trip, and know that these new friends in our lives represent the rich millet that can only produce such a harvest.