Looking Into the Future in Chicago 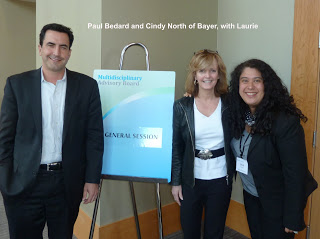 While a winter storm gathered back on the east coast, I was in Chicago for a meeting with the Bayer Multidisciplinary Board Meeting. This is a group of thought leaders from the hemophilia community who meet once a year to discuss current trends in treatment, products and insurance, and predictions of what the community will look like and need in five to ten years.

I was unable to attend last year’s meeting at this time, so it was very nice to be back with the group, all of whom I knew. The team includes top hematologists, insurance experts, some adult patients, and homecare, distributor and nonprofit representatives. Of course, the hot topic is insurance! How are payers affecting the decisions being made now on treatment choices and product pipeline? For example, it’s already happening that payers are dictating brand choices in some places, said one participant. The impending merger of Express Scripts and Medco, two of the three largest PBMs, will radically upset the hemophilia apple cart and change the hemophilia landscape forever. Exactly how that will change was open to much speculation.

The most extreme prediction involved the fate of HTCs. One prediction is that in ten years there will only be half the current number of HTCs operating. There will be fewer hematologists. “We are victim of our own success,” expressed one doctor. Hemophilia has become so manageable that patients are less dependent on the HTCs. With cuts in federal funding, expect to see many close their doors forever. I saw this myself in New Mexico, where the HTC is struggling.

The bleak forecasts were accompanied by good news: treatments are better than ever, allowing a more normal life. Newer products, greater choice and who knows, maybe even cheaper products. Stay tuned–in 2012 I will provide a forecast by our community experts on what you can expect in the next ten years. It’s going to be a roller coaster ride, folks. 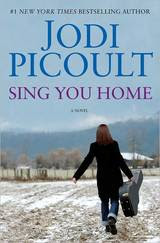 I normally don’t read fiction unless it’s a classic. This book was given to me as a gift. It tackles several hot buttons: gay rights, surrogate pregnancies, Christian fundamentalism. A music therapist—Zoe—finds herself childless at age 40, after a stillbirth. After her husband Max leaves her, Zoe eventually falls in love—with female counselor Vanessa. Eventually they wed in Massachusetts, my home state, and the first to make same-sex weddings legal.

Max, a recovering alcoholic, begins to attend a fundamentalist Christian church at the behest of his brother. The pastor is anti-gay. Max becomes a born again Christian.

The plot really thickens when Zoe asks Max to release one of their stored embryos to her so that Vanessa can carry their child, for the two women to raise; he counters by suing her for custody of them. So the book covers controversial issues as gay rights, evangelical Christians, in vitro fertilization, surrogate parenthood, and divorce. All this happens within six months! The story is from the points of view of three characters in alternating chapters. It’s a thought-provoking book on change, tolerance and what constitutes a family, when the biological parents have such different beliefs and life-styles.

Life is more complicated than presented here, however. The complex issues are presented neatly, a bit too black-and-white; Zoe went from heterosexual to homosexual at age 40 pretty quickly. Max became a born-again just in time as a set up to the ethical question of who should raise the kids. Christian fundamentalists seem very stereotyped. There are a lot of issues competing for the readers’ attention, and the ending is too neatly wrapped up, too quickly. But if you like to read, want a book to stimulate some thoughts about many current topics, this is one you can get through quickly. As an editor, I tend to be pretty harsh on how a book is written, but sometimes it’s nice just to read a different kind of book. Two stars.