What on earth are you doing for heaven’s sake? 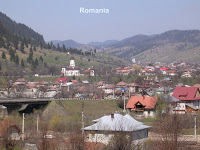 I thought of this bumper sticker when I read the essay submitted to me by friend and colleague Adriana Hendersen. She is a one-woman agent for change in Romania, and has changed the lives of dozens of boys forever. This is excerpted from the November issue of my newsletter PEN. In case you missed it, read on…

Why Am I Here? 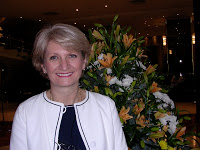 “Why are we here?” is a philosophical question concerning the purpose of life.

“I have asked myself many times why I am here, but with the emphasis on here, in the US.

“In 1970, I seemed destined for a different life, in Romania. My father was sentenced to spend his life in a communist prison for criticizing the government’s decision to deny the family the right to emigrate; and we, his children, were supposed to be sent to reeducation school. But we didn’t know that our situation had been receiving international attention. Following pressure from the United Nations and various churches, the Romanian government asked us to leave Romania immediately. It was a magnificent, magical, miraculous exit. We were the first family in Romania to leave legally, not only with a passport for emigrants, but also carrying an American green card.

“As a young girl I never once looked back, or even thought about what I had left behind. I thought I would forget Romania, and hoped I would forgive. I pursued everything the US offered: freedom and opportunity. I had a wonderful family, a big house in the suburb, cars, trips around the world, a closet full of designer clothes. Most important, my family was healthy. Yet it felt like something was missing.

“When the Iron Curtain fell in 1989 and images of the harsh realities in Romania besieged the world, I could not ignore my country and people anymore. The question “why am I here” started to nag me.

“As a child, all I could think of was survival. Now, with my newfound freedom came a desire to succeed. When success wasn’t enough, I started to look for significance. I wanted to give back, to make a difference, to acknowledge the blessings that were bestowed on me and possibly see if there was a reason for my being here.

“I was at a loss about what I could do, and for years I looked for some cause I could identify with. Then I met a woman who was looking for medicine to help a boy with hemophilia in Romania; he needed corrective foot surgery to walk. I barely knew anything about hemophilia, and the little I knew was mostly inaccurate. After a quick and shocking lesson on hemophilia, I began a quest to find the miracle medicine. It wasn’t easy, and the more I searched, the more I lost hope. I made hundreds of phone calls, all over the world, trying to source any kind of donation. It was a test of endurance and tenacity. I had one phone call left to make, the call to Project SHARE. They immediately shipped the factor, and the rest is history. That was more than 10 years ago.

“Since then, I know why I am here. The boy had surgery and his wish was granted: he is now walking. That’s when S.T.A.R. (Start Thinking About Romanian) Children Relief was born. S.T.A.R. is a multipurpose organization with an emphasis on healthcare and a focus on blood disorders. Through S.T.A.R.’s efforts and donated factor concentrate, many Romanian boys and adults with hemophilia have had their lives improved or spared. On World Hemophilia Day, April 17, 2004, S.T.A.R. organized the first-ever hemophilia symposium in Romania. And S.T.A.R. organizes and hosts Camp Ray of Hope, in its sixth consecutive year this past summer, the only camp for children with hemophilia in Romania. 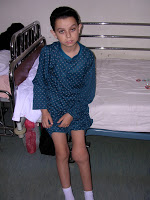 “S.T.A.R. is also Save One Life’s partner for Romania. We have 59 children and adults with hemophilia sponsored through Save One Life. I know most of the beneficiaries personally, and have visited them at home or seen them at camp where they play with carefree enjoyment. I get to see them smile and hear them laugh. It feels awesome to be so intimately and personally involved.

“I never thought I would be involved in charity or volunteer work. I don’t have the personality. I am shy, withdrawn, introverted, not the type that would organize international conferences and fundraise for summer camps. It’s said that we, in the nonprofit world, change other people’s lives. That’s true, but in the process, our lives change too. We have a purpose, our life has meaning, we do things we thought we could never do. That’s a terrific feeling! We give a little, but we get a lot back.

“I know—Romania is close to my heart, and I have a vested interest in helping my people. But to anyone who, like me, is searching and wondering if there is something more than just the fleeting pleasures in life: if you want to make a difference or improve a life, while you improve your own, consider sponsoring a child. Look at the Save One Life website, where many with hemophilia are waiting to be sponsored. Pick a country, pick a child. Put a sparkle in those eyes that look so hauntingly and sadly at the lens. Bring a smile and a chance for a better life. It’s a small gesture that will bring priceless rewards.
I know why I am here. Do you?”

Maybe the bumper sticker needs to simply say: “I know why I am here. Do you?”

Adriana Henderson is founder and president of S.T.A.R. Children Relief, a nonprofit dedicated to helping Romanian children in need. She was born in Romania and immigrated to the US, where she has lived for the past 40 years. She is a graduate of UCLA, and lives in North Carolina with her husband Tom, who often helps with her charitable work. They have two daughters. Visit www.starchildrenrelief.org