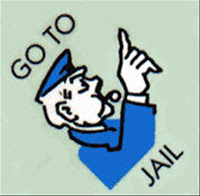 If you wonder why insurance companies may be scrutinizing our factor usage and insisting on log forms, even checking our inventory, read this article on al.com, posted February 19, 2012, by Brendan Kirby. All it takes is one bad apple; maybe four?

“MOBILE, Alabama — Four people convicted in a Medicaid kickback case face prison sentences ranging from a little less than 2 years to a little more than 4 years, according to a preliminary estimate of advisory sentencing guidelines…

“A jury in Mobile convicted Lori Skowronski Brill and her estranged husband, Butch Brill, of conspiracy to commit health care fraud in a scheme to overbill Alabama Medicaid for an extremely expensive family of blood-clotting agents known as Factor. Testimony at the trial indicated that the medication, used to treat hemophilia and other disorders, can cost up to $1 million a year for a single patient, in extreme cases.”

“An FBI agent testified that investigators found hundreds of thousands of dollars’ worth of Factor rotting in the garage of Lori Brill’s home in Robertsdale in the summer of 2009. Prosecutors alleged that she and others falsified logs to make it appear as though clients of her patient advocacy business were using more Factor than they actually were.”

“That increased the payments Brill received from specialty pharmacies who paid her for patient referrals. The jury also convicted brothers Jeff and Chris Vernon, who ran Medfusion Rx in Birmingham at the time, of paying kickbacks to Brill for the patient
referrals.”

“At the June 8 sentencing, DuBose also will determine how much money the defendants must forfeit to the government. The indictment sought $29 million. That represents all of the money paid by Medicaid for the hemophilia drugs, not just the illegitimate amount.”

This isn’t the first time something like this has happened. There are people in jail right now for doing dirty deeds with our kids’ factor, while as you know from my work, people in developing countries are dying for lack of factor. Lori Brill had more factor spoiling in her garage than most of the countries of Africa have put together. Justice is served.

A brilliant and engaging look at our possible origins as humans. Johanson is the paleontologist who in 1974 discovered “Lucy,” an australopithecus afarensis who made headlines around the world as the oldest known hominid at 3.2 million years old. Was she the “missing link”? Much has happened since her discovery, and Johanson describes the different theories of human evolution: where are the gaps in knowledge? What do we suppose? What do we know? He shows how paleontologists piece together theories based on findings–and even the scientists sometimes disagree with one another!: larger brain size in later hominids, occurring when we began to walk as bipeds. Tool use in certain hominids but not others; migration of certain species. Did we evolve in one linear formation or were there several hominds existing at the same time? My only frustration was that the book was a bit disjointed. The first part is heavy on minutiae of his wanderings to various African discovery sites, including what he had for breakfast, lunch and dinner on one day! I think if you are new to Africa, you’ll find the travelogue interesting. Much more interesting is the second part, when he dives into the theories of man’s origins and evolution. I learned so much and was intrigued by how long it takes for these scientists to clean and construct a 3 million year old skull (years sometimes!), and how plentiful hominid parts are in the Great Rift Valley in Africa. Johanson has so much passion for the subject; after finishing the book I immediately downloaded the Kindle version and watched a Nova show on the subject. (Beware: the Kindle version does not have the Epilogue on Ardie!) Great stuff and thought provoking! Four/five stars.