Management of Hemophilia with No or Limited Factor 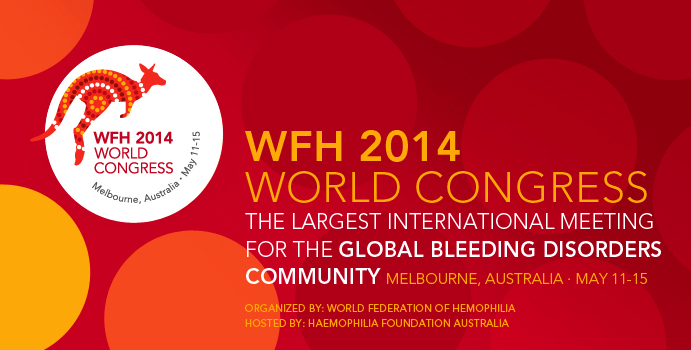 Greetings from Down Under!
I’m attending the World Federation of
Hemophilia Congress in Melbourne, Australia. I’ve been attending these since
1996, when it seemed I knew everyone, and now, with 4,000 attending from 128
countries, it’s at once hard to see familiar faces, and yet, that’s a positive side
effect of the success of the WFH’s outreach to so many patients, physicians and
partner organizations globally.
The opening plenary yesterday, led by
WFH president Alain Weill, welcomed everyone, and provided some surprises.
My concern is always access to
product for those in developing countries. Indeed, in the opening ceremony
Sunday night, Weill announced something to the effect that this was a great time
in hemophilia, a great era. Treatment for all! That’s the slogan. Well, yes and
no. Not if you’re a child in the heart of Africa. 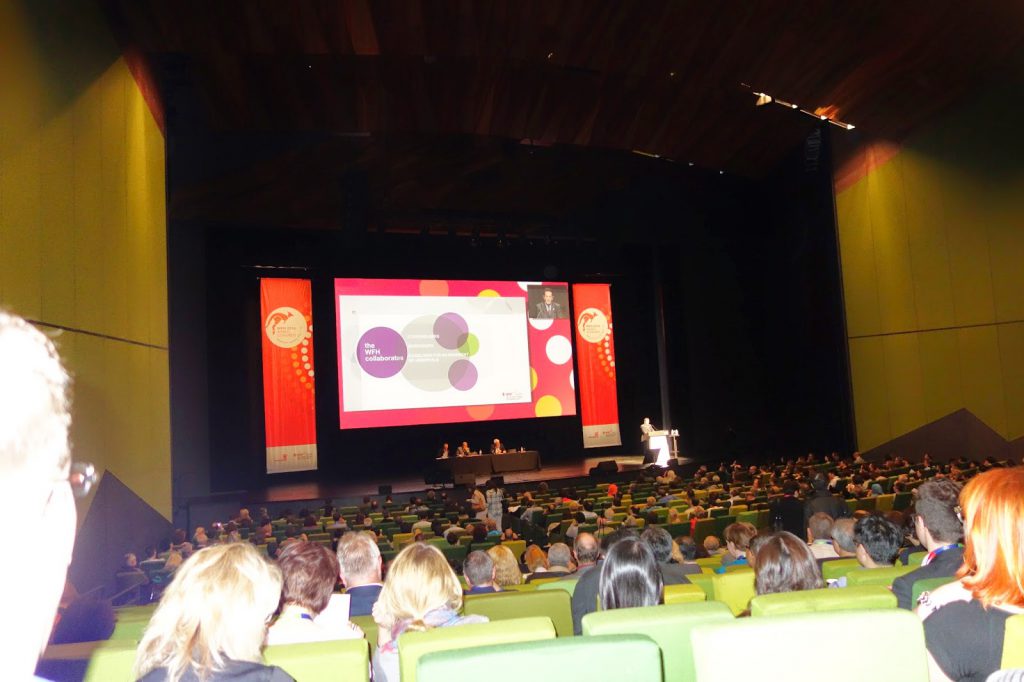 But there was great
news at the plenary Monday morning. Weill said that since 1996 WFH has
distributed 248 million IUs of product in 86 countries, helping about 90,000
people with bleeding disorders. (I’m proud to note that Project SHARE, a
program run by two people, me and Zoraida, has distributed since 2002 about 60
million IU to about 55 countries) Weill announced some amazing product donation
pledges: Biogen Idec and Sobi have agreed to donate 500 million IUs of factor
over the next five years to WFH’s Humanitarian Aid Program. Grifols committed
to 60 million IUs over a three-year period. And the Italian Centro Nazionale
Sangue (CNS) announced donations of up to 30 million IUs of factor VIII per
year over a five-year period.
As the Soci CEO said,
we want to stop thinking of donating product at the end of the day, and make it
the first thing we think about in the morning. In other words, this will allow
WFH to plan strategically how to use product donations to improve care, rather
than leaving it to act in crisis mode (which is often how Project SHARE
operates, and it’s difficult to operate like that). So the donations will be
charity used with a strategic purpose to enhance development. Awesome.
I attended an interesting meeting
called the Management of Hemophilia with No or Limited CFCs, with Carlos Gaitan Fitch of Mexico as facilitator.
Four speakers presented how they manage hemophilia with little or no factor.
Ricarte Felipe, new president of HAPLOS
of the Philippines, age 50, reviewed his life growing up without factor. He
spoke from a wheelchair that day, and from which he was confined for 3-7 years of
his young life. He was diagnosed at age 8 with hemophilia A. At age 12 lost his
left eyesight in an accident. Yet he managed to get a college diploma despite the
challenges. Only in 1986 was he started to be infused with plasma and cryo. In 1988
he received his first infusion of factor due to a tooth extraction. What a survivor!
He shared that factor in the
Philippines is $100 for a 300 IU vial. And while in 2010-2013, he was treated
mostly with CFC (clotting factor concentrate), factor is not available much in the
Philippines. The government does not buy it. And it is so expensive, most
families cannot afford it.
So how do Filipinos manage? Support
from HAPLOS consists of psychosocial workshops, camps, workshops, and “Mass
healing,” where attendees at church pray for the patients.
What was sadly missing from this
touching account was this: what is HAPLOS doing to secure factor, to change the
destiny of the children being born right now with hemophilia in the
Philippines? It’s difficult to listen to the suffering, especially from a
leader, and not hear about what is that organization going to do to change
this.
Dr.
Gilian Wharfe, University of West Indies, Jamaica, also
presented. I’ve known Dr. Wharfe for many years and have visited Jamaica twice
to meet with her and the patients. She clearly laid out the issues facing
Jamaica: high unemployment, stagnant economy, inflation, and factor costing $
.50 per unit, beyond what parents can pay (we know; they contact us regularly),
makes it impossible for the government to consider putting factor in the
federal budget. The only access to factor is from donations.
With approximately 200 patients, and only one HTC at UHWI (which
is not a public hospital; the patients must pay), one national blood
transfusion center and  several
collection centers, Jamaica struggles to provide care to hemophilia patients. The
stopgap measures for care include: prevention of bleeds, early treatment of
bleeds (How can you do that with limited access to factor, distances to travel,
long waits for cryo or FFP to be thawed, etc?) and educating patients about how
to avoid bleeds and recognize bleeds early.
It was a rather bleak assessment, and a classic example of life in
the developing world with hemophilia. You have to admire the physicians like Dr.
Wharfe who must practice under these conditions.
Dr.
Daniel Hart, hematologist at Barts
and The London School of Medicine, spoke about his experiences twinning with
Bangladesh and The Royal London Hospital Haemophilia Centre. It was an
excellent summary about how twinning can help slowly transform a country.
Twinning means the medical center in a developed country pairs with one in a
developing to share best practices and hopefully, to help resource the less
developed center.
Dr. Hart described how Bangladesh uses “.001 IU per capita,”
compared to 5.8 IU per capita in Australia.  Numbers like these give hard, cold facts to global factor
disparity. He covered a lot of ground in his talk, but what stuck out were two
things:
1. Diagnostic accuracy is fundamental, as well as access to
expertise, advocacy (really important—hitting up the government, emergency
centers, pushing the national hemophilia standards everywhere), and patient and
physician education.
2. Perspective: Hart showed an old trailer in an old photo, and
said this was how the treatment center in London, now a world class center,
started. In just an old trailer. His photos progressed to a high-end sports car!

So conditions now do not have to persist over time. Treatment can
improve. But… and the Philippines should heed this… you cannot get anywhere if
you don’t fix up the trailer. Advocacy is a must—pushing the national agenda, having
a strategy, and first knowing what you want.
And everyone wants factor. Trust me. 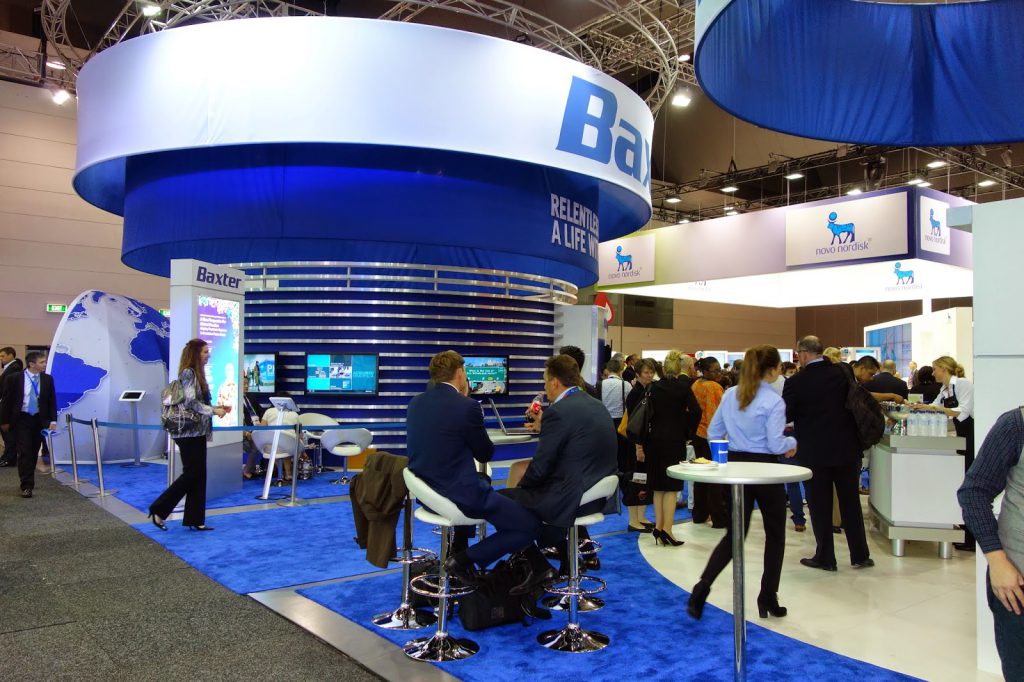