Laurie Kelley July 5, 2015
Last week we shared notice about a website where you can share your personal story. That’s for US patients with hemophilia. How about this story? If you felt grateful on July 4 that you live in the US, you certainly will even more so after reading the inspiring and amazing story of Hepson Minja of Tanzania.  This was submitted by Hepson’s son John: 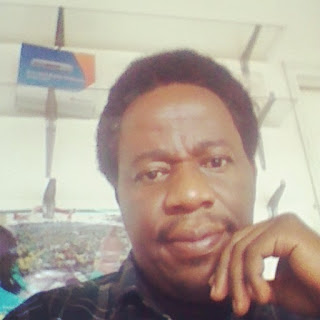 Hepson was born in Marangu,
Kilimanjaro, an area north of Tanzania in 1962. He is married and has four
children. Hepson has never being able to receive any sort of higher education
and he spent most of his early life in treating unhealed injuries, in hospitals
and visiting herbal doctors without the problem being fully known.
Hepson Minja, now age 52, is one of the
few people in Tanzania to have ever lived with hemophilia without treatment for
a long time. It is and never was a smooth journey as he at first never knew
what was wrong with him. The lack of this knowledge compounded with injuries he
got, made Hepson spend most of his life in hospitals or visiting herbal doctors
in search of a solution. Due to his lack of treatment, Hepson never received
higher education. He trained as an electronics repair man in 1983, repairing
televisions and radios and that has been his source of livelihood ever since. 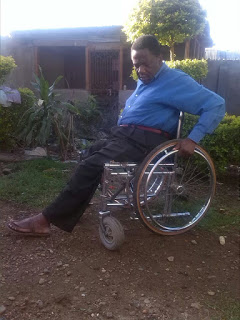 In his frequency
movements to the hospitals, Hepson has usually spent two to six months when
hurt or injured, but surprisingly he was never treated for hemophilia.
One case he remembers is in 1993, when his
knee swelled for almost three months with extreme pains and no medical
prescriptions. After an assessment from the doctors, it was agreed that the leg
was to be amputated. With his condition, he lost a lot of blood and after every
two days received a blood transfusion of around 26 units. He stayed in hospital
for six months with the condition.
Afterwards, Richard Minja, who is  current president of the  Hemophilia Society of Tanzania and
Hepson’s brother, had Hepson, go to Nairobi where, after more tests, Hepson was
diagnosed with hemophilia A. From then on, he started receiving treatment at
the Kenyatta Hospital under Prof. Mwanda in Nairobi, Kenya which is 471 km from
his home in Arusha.
Hepson’s life has had numerous interruptions
as he was required to attend hospitals frequently, but still Hepson with the
help of crutches managed to take care of his family and involves himself in
acts of philanthropy with his meager income such as, assisting his son John in
delivering oral and reproductive health education to the orphaned children, who
lost their parents from HIV/AIDS and hemophilia.
In 2008, Hepson slipped and broke his
only leg. The leg swelled and the pain was enormous. Laurie Kelley sent
medicine from the USA as Tanzania has little experience with hemophilia. The
doctors failed to administer the medicine and he was in the hospital for two months
without getting better. He finally asked to be discharged and sent home. He
later went to Nairobi and it is there that he started using factor VIII
concentrate. Laurie came to see Hepson and together with Prof. Mwanda discussed
on the best way to help Hepson. During this time Hepson was also visited by
Assad E. Haffar, the deputy programs director and regional program manager for Middle
East and Africa for the World Federation of Hemophilia (WFH) who offered
encouragement and advice. This sort of support is what Hepson points out as it
gave him the will and power to fight on.
He was in the hospital for six months
and was discharged after the swelling had decreased, though the bones had not
joined. Since that time he has not been able to walk, but rather uses a wheel
chair and spend most of his life at home.
Hepson’s life has numerous challenges
recently; he has to travel to Nairobi to see a dentist for the removal of some
of his teeth. All the travel and hospital services require fees which he cannot
afford as he has no any stable income; it becomes increasingly hard for him especially
considering he has to pay school fees for his son John who is medical school,
his daughter Margaret who is in secondary school and his other son Edwin who is
in college.
Hepson also faces transport issues as
he is unable to walk, he always wishes he could have been able to move freely
and do things that will help sustain his family fully, his philanthropic activities
and his visitations to hospitals.
Hepson acknowledges that, there are a
lot of hemophilia patients in Tanzania who face challenges due to the lack of
medical facilities and good laboratories for hemophilia diagnosis. Hepson feels
aggrieved and always seek for a way to make the situation better so that, the
patients may do away with all the pains and have a fighting chance to live. Hepson
is a testament to all hemophilia patients that a lot is possible, he hopes to
provide an inspiration to all patients that a way to a normal life is possible.