Laurie Kelley November 28, 2016
Each Thanksgiving season, I think about the first settlers of Massachusetts, about the rich pioneering history of this state. It was even richer than I thought when I learned that the first Americans with hemophilia lived about 15 minutes from my home! America’s first family with hemophilia, the Appletons, lived in harsh conditions in the 1600s. It’s well worth knowing who they were and what legacy they left. This article is from a 2002 issue of PEN; read it and give Thanks! New England, 1639. Imagine that you are standing on the deck of the sailing ship Jonathan. You have just glimpsed the shore of your new home, the Massachusetts Bay Colony. Imagine the brilliant New England foliage, the bright chilly wind. Imagine your dream of farming your newly acquired land. Imagine the adventure. Now, imagine that you are the first European with hemophilia to step on the North American shore.John Oliver (1613–1642) traveled from Bristol, England with his family to settle under the leadership of the Massachusetts Bay Colony. He lived for only three years after he reached North America, fathering one child, Mary, and dying young as a consequence of his hemophilia. Not until after 1800 did the medical community begin using the term hemophilia to describe his disorder. John’s daughter, Mary Oliver (1640–1698), was likely the first hemophilia carrier of European descent born in the colonies. With her husband, Major Samuel Appleton, Jr. (1625–1696), Mary had three daughters and five sons. One of these sons, Oliver Appleton (1677–1759), was the first American colonist born with hemophilia.Early Ipswich RootsMary and Major Appleton lived in a settlement known to native Americans as Agawam, but re-christened by the Englishin 1633 as the town of Ipswich. What would life in Ipswich have offered their son, Oliver Appleton? Thirty miles north of Boston on the Atlantic shore, Ipswich was owned by the Massachusetts Bay Colony; it was purchased earlier in the century from Native Americans for 20 British pounds. By the mid-1600s, Ipswich ranked second only to Boston in population and wealth. The Appletons were a wealthy colonial family. Major Samuel Appleton, Jr., Oliver’s father, was the son of Samuel Appleton Sr., one of the “landed gentry,” and a good friend of John Winthrop, the first governor of the Massachusetts Bay Colony. Appleton’s fertile 460 acres of farmland had been granted to him by the Colony in 1638, and left to his son, Major Appleton, around 1670. 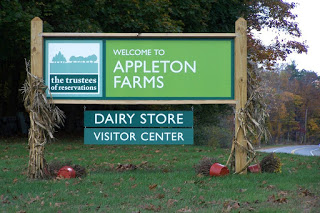