What Does Gene Therapy Mean to YOU?

Laurie Kelley July 9, 2017
Written by Laurie Kelley
Originally published in PEN, May 2017
Ladonna Pettus remembers the cover of Hemalog, a hemophilia magazine from 1990, promising “A Cure by the Year 2000?” It seemed at once like a vision and a done deal. Ladonna’s son with hemophilia was around two at the time. She recalls, “I had such hope. He is almost 30 now.”
Many parents who remember that magazine cover had those hopes. Their children are adults now, and although gene therapy trials are underway, it seems that the passion and dreams for a cure have been tempered. Alvin Luk, head of clinical research and operations at Spark Therapeutics, is working on hemophilia gene therapy. He offers, “We all underestimated the complexity of gene transfer.” 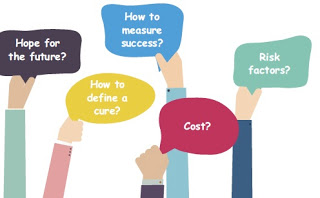