Laurie Kelley September 3, 2017
With a record-breaking 2,987 in attendance, NHF’s 69th annual meeting in Chicago on August 24-26, was the largest and most varied!
Two of my favorite speakers at NHF Annual Meetings and whose sessions I always seek out, are Glenn Pierce, MD, PhD and Steven Pipe, MD. And they did not disappoint! Although it would take an entire blog to list all of the accomplishments of these two highly respected individuals, suffice to say that they are both very knowledgeable about bleeding disorders in general and about clotting factors, novel treatments and gene therapy in particular. And they both share a relatively rare ability: they are able to explain complex medical topics to consumers in terms that we can understand (okay, mostly understand!)
In Dr. Pipe’s Friday morning session, “The Cure Horizon: Point/Counterpoint”, whom he co-hosted with Dr. Rebecca Kruse-Jarres, Pipe played the part of advocate for gene therapy and his counterpart advocated for “small molecules” (novel, non-factor treatments for preventing bleeds). Later that day Dr. Pierce gave the plenary session on “New Treatments and Gene Therapy.” Although both sessions covered some of the same information, they did so from different perspectives and it was beneficial to attend both.
Here’s a recap of the two talks regarding new therapies on the horizon. On the “small molecule” side there are three different approaches being investigated that can reduce bleeds without the use of factor. One therapy, emicizumab, or better known in the community as ACE910, is likely to be the first to market—and soon. ACE910 is a therapy for hemophilia A ,with or without inhibitors. It is a bi-specific antibody (meaning the antibody can grab two different factors at once) designed to mimic the function of factor VIII by bringing together factors IXa and X to initiate clotting. It is
administered weekly as a subcutaneous injection. Genentech’s ACE910 has been granted priority review by the FDA and their license application may be approved as soon as February 2018. (It was also mentioned that repeated doses of aPCC, a by-passing agent sometimes used by people with inhibitors, in conjunction with ACE910 can result in unwanted clotting.)
A second approach involves blocking the function of a player in the clotting cascade called tissue factor pathway inhibitor (or TFPI) that serves to check the clotting process so it does not runaway out of control. This therapy, called concizumab or anti-TFPI, is also an antibody and also administered subcutaneously. It blocks the function of TFPI and is effective in reducing bleeds in people with hemophilia A, B as well as those with inhibitors. Anti-TFPI has entered phase 2 clinical trials this summer.
The third approach uses genetic material that blocks a cell’s ability to produce antithrombin, which like TFPI, serves as a check on
coagulation. Called fitusiran, this agent interferes with the cell’s RNA involved in the production of antithrombin—in short, it prevents the cell from making antithrombin and restores a “balance” between the two parts of the clotting process: one that makes clots and the other that stops the clotting process. This agent is in phase 2 clinical trials. 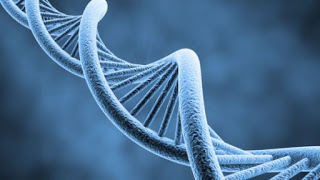 All three of these novel hemophilia treatments were referred to as “disruptive therapies.” This is similar to the term “disruptive technologies,” which “refers to any enhanced or completely new technology that replaces and disrupts an existing technology, rendering it obsolete. It is designed to succeed similar technology that is already in use”1. Examples of disruptive technologies include DVRs, which displaced VHS recorders; PCs, which displaced both typewriters and mainframe computers; and laptops, which displaced desktop PCs and might soon find themselves displaced by tablets; and tablets which may be replaced by ever-larger and more powerful smart phones, which themselves have disrupted the telecommunications industry. The emerging small molecule therapies for hemophilia will be more convenient, last longer, be easier to administer and will likely be less expensive than clotting factor concentrates. They will upend the market for factor concentrates, which have been the mainstay treatment for hemophilia in developed countries since the late 1970s. And, of course, gene therapy is on the horizon, which will then disrupt the market for small molecule therapies for hemophilia.
And what about gene therapy? Both speakers mentioned significant advances made by two companies, Spark and BioMarin, which have been successful in converting individuals with severe hemophilia into mild hemophilia, with Spark reporting sustained factor VIII levels of 12% and 14% in two patients. These levels are high enough to prevent spontaneous bleeds. This brings up the question: what level of factor expression represents a cure? Should we wait until gene therapy can cure hemophilia by raising factor levels above 50%? And of course, the question of cost is forefront in everyone’s mind. These questions have yet to be answered.
The times they are a changin’! Never before have we had so many factor products on the market, with new factor products, as well as disruptive small molecules and gene therapy, still in development. What is certain is that, in the near future, hemophilia therapy will look dramatically different than it does today.
1. https://www.techopedia.com/definition/14341/disruptive-technology