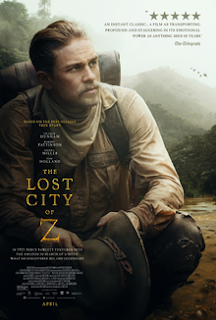 I recall watching the movie “The Lost City of Z” this summer, about Percy Fawcett, a British soldier turned explorer who several times went deep into the heart of the Amazon to locate what he thought would be Eldorado, the city of gold. The movie clearly showed what he gave up for years at a time: beautiful, intelligent wife, three adorable children, a home, relationships.
What it didn’t really tell you was why. Why abandon all this, leaving your children to grow up fatherless, your family to slide into poverty, to suffer the terrible depredations in search of something that might not even exist?
I asked that this week when I learned of the death of a patient with hemophilia in a clinical trial for a new factor product. We have good treatment here in the US; we have safe and efficacious products, dedicated HTCs. Why risk your life for a product that may or may not work?
To me, the patient was himself an explorer. Willing to risk all for something greater than himself. A hope of a new treatment, an advancement in science and medicine. We don’t know who this explorer was. Surely someone in our community knows who is it, and eventually it will be revealed, but for now, until an investigation is complete, he will remain known as an Explorer.
Facebook has lit up with comments, some cautious, some not so cautious, about the risk involved in clinical trials. Is it worth it? Did the patient really understand what he was undertaking? Most likely he did. Like Fawcett, explorers research, read, learn and
understand what could happen. They know the risks. But they still seek to make a lasting contribution. I’ve studied for decades the lives of the explorers: what makes a person a Columbus, an Earhart, a Livingstone, a Scott, a Shackleton, a Mawson, a Magellan, a Hillary? True explorers are in a class of their own as they forge a path through life.
While this news is making headlines throughout the country
and world, more quietly, another explorer just died on August 23, after
fighting pancreatic cancer. George McCoy was born in 1947 and had severe
hemophilia A; he contracted HIV and hepatitis C. He earned a master’s degree in
education from the University of NC, and worked for 31 years for NC Department
of Health and Human Services, helping people with disabilities. He helped found
Hemophilia of North Carolina, which is today one of our best run patient
organizations. He never stopped working for the community, from stuffing
envelopes to public speaking.
His amazing claim to fame is that he was the first person dosed with recombinant factor VIII in 1987.
He was an explorer, volunteering for clinical trials with these new, biotech drugs. It was considered risky then; these were genetically created drugs, a new field in medicine. And these drugs revolutionized hemophilia treatment at a time when the community was suffering through the devastation of HIV.
George was a daring explorer and public servant, who dedicated his life to serving those in need. I met him in 2012 at the World Federation of Hemophilia Congress in Paris, where he gave a profound speech about his volunteering for science.
Read “MadMan or Guinea Pig?” About George McCoy
It’s human nature to point fingers when tragedy strikes; we feel someone must be held accountable. An investigation is underway to find the exact cause of the patient who died, but there is speculation and some information; a note on the Facebook page “BioSpace” says, “The patient was suspected of having viral meningitis and died from a thrombotic event.”
Read the official statement from the company here.

And one of our popular advocates in the community on Facebook wrote: “He gave his life so that we may see better treatment… Please think carefully and fully understand the risks entailed when your HTCs ask you to join a study…If you ever find someone pushing you to participate in a drug study, pay attention to their motives… Thank you to whoever it was that lost their life in this drug study.”
Whoever it was, like George McCoy, he was one of our bravest explorers.