Learning to read is a significant milestone in our personal development. As adults, we nudge young readers along in this quest. First we read to them, and later we encourage and supervise for age- and skill-appropriate reading materials.

Our bleeding disorder community is fortunate to include notable authors who write about hemophilia. Their books for young readers are educational and entertaining. Look for short reviews of these books in PEN’s Biennial Bleeding Disorder Resource Guide.

Other authors who write for younger readers sometimes include hemophilia. I suggest the following books. 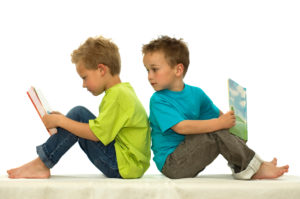 What could be better than a fictional leading character with hemophilia? Peter Sanders, a 17-year-old with hemophilia on Long Island, becomes stepbrother to 16-year-old Leigh Thorpe. Leigh, a former child actor, wants to be a normal teen, while Peter, often bedridden, wants to attend school. Pfeffer also included hemophilia in her pre-teen novel The Friendship Pact. Tracy Newfield, age 12, has a crush on a young actor, Ross Perlman. Ross is a Dartmouth graduate who gives a benefit concert for National Hemophilia Foundation and dedicates his unreleased song to Tracy. Hemophilia in these novels seems dated, yet the descriptions are accurate for the time period.

Michaels wrote Panda Bear, a suspense novel, and later retitled it Picture Perfect after making some changes. Five-year-old Davey Taylor stays with his aunt and uncle while his scientist parents travel to Florida to testify in a mob-related drug trial. Davey has hemophilia, for which he receives daily “antigen shots.” During a camping trip, Davey is kidnapped without his hemophilia treatment. He must cunningly escape, aided by his Yorkshire terrier and his CB radio, so he can be treated before it’s too late.

This series of three inspirational novels deals with life-altering situations for children and young adults, ages 10 and up. In the series, teens with various medical conditions attend summer camp at Jenny House in Asheville, North Carolina. One camper is Jeff McKensie, who has hemophilia. Jeff moves from Colorado to Miami to study to be an architect, yet his romantic opportunities at camp are stymied due to his medical condition.

Bantle, a lawyer, tackles issues of puppy love, adolescence, hemophilia, and HIV in this novel for ages 9–12. Josh Charkey, age 12, has hemophilia and AIDS. Spending the summer at a Minnesota lake, Josh shocks his close friend Carolina Birdsong with his medical revelations, while still fostering their budding romance.

Uphill and Into the Wind (Royal Fireworks, 1996)

In this young adult novel, 12-year-old Eric Kenton, who has hemophilia, wants to be normal. While his parents worry about hemophilia and HIV, Eric dreams of, then successfully accomplishes, riding his fat-tired Huffy bicycle almost 400 miles to a summer camp in Ohio.

Puckett and Pleece wrote and illustrated this storybook comic fantasy. Tom Morrell is a high school senior who has hemophilia, plus about a dozen other syndromes. Tom gains superpowers when he is hit by a truck, and the absorbed energy amazingly “cures” his medical conditions.

Ryne O’Casey, a 10-year-old from Tynbee, Tennessee, is first diagnosed with “hemophilia type A” when just over a year old, and then diagnosed with HIV at age 8. Some of the medical details are questionable for 1995, but the social reactions are truly believable. 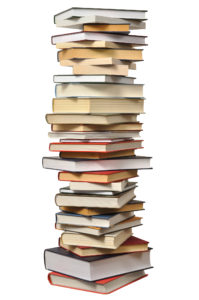 This young adult romance novel follows Lorin Lenki, a music student at San Francisco State who has mild hemophilia. Lorin meets Tracy Martin, a nursing student at Saint Rita’s Hospital. Tracy has severe hemophilia, as did her identical twin sister who died. The budding romance tragically ends when Tracy dies from a brain bleed in 1986.

This illustrated novel, written in Spanish, tells the tragic love story of young Marco Tulio and Isabel, who has hemophilia. The setting is ancient Italy, and includes vampires and Leonardo da Vinci.

Something Different in the Bank is one of a series of books about children with medical conditions. The narrator describes his cousin Michael, who has hemophilia. The treatment of hemophilia seems out-of-date even for 1989, though some of the behavioral concerns are timeless.

This teen novel’s awards include an American Library Association Best Book for Young Adults, and a Horn Book Fanfare Selection. Clay Garrity, age 11, is homeless in New York City. When Clay is hospitalized for pneumonia, his roommate, an experienced hospital patient with hemophilia, provides sage advice.

Greta, age 12, has an older brother named Kurt who dies due to his hemophilia. Set in 1938 in Vienna, this motivational teen novel with historical detail involves children from a musically gifted family who fulfill their dreams, even using the death of a sibling with hemophilia for inspiration.

Angel of the Square (HarperTrophy, 2001)

This novel for ages 10 and up tells the story of Ekaterina Ivanova, called Katya, the 12-year-old daughter of a lady-in-waiting to Empress Alexandra in Russia before 1918. Katya is a playmate of Anastasia and learns what is wrong with Alexei, who has hemophilia. Although Katya is fictional, her perspective on the Russian Revolution is believable.

Jake Stevens, age 11, finds a lost dog that belongs to Robert Higgins, a 10-year-old with hemophilia. Jake’s moral dilemma is deciding whether to lie to keep the lost dog, or to be truthful and return the dog to its owner. Jake learns about hemophilia and how it limits what Robert can do.

This novel for ages 8–12 features teens acting as detectives to solve mysteries, and includes a female with hemophilia. Destiny Darity is the troubled daughter of the headmaster at an exclusive private school near Boston. Destiny has a rare blood type that she inherits from her mother and a mild case of hemophilia that she inherits from her father. The Hardy brothers, Frank and Joe, may not completely understand the genetics of bleeding disorders, but they determine who plays pranks on Destiny.

This young adult novel includes a main character named Sunshine McDonald, a 17-year-old fairy princess living in Las Vegas. She loves Jayden, a mortal with hemophilia. When Jayden is bitten by a vampire, he needs blood transfusions—not for his hemophilia, but for his turning. Sunshine and Jayden travel to London and Tokyo to find a cure for vampirism by drinking from the Holy Grail, and by doing so, cause Jayden’s hemophilia to disappear.

This trilogy of young adult mystery/thrillers delves into the world of serial killers, and the vivid carnage may be inappropriate for young readers, or for any readers. Seventeen-year-old Jasper Dent, called Jazz, is the son of an imprisoned serial killer. With the help of his best friend Howie, Jazz helps police identify serial killers. Howie is a “type-A hemophiliac” with an overprotective mother, so his assistance is sometimes limited when extracting Jazz from dangerous situations. Thankfully, Howie provides some comic relief to an otherwise serious topic.

Reading should be a life-long endeavor and source of pleasure. Take advantage of these books to help young readers learn something about bleeding disorders. And keep reading good books to your child!