Laurie Kelley May 8, 2017
Get ready to rumble.
The hemophilia community overall is not just deeply disappointed with what’s
happening in Washington DC regarding healthcare, it’s shocked, angry … and good manners prohibits me from using cruder language. It
won’t take the proposed healthcare bill lying down. Been there before when
government failed our healthcare in the 1980s.
The American Health
Care Act (H.R. 1628)
passed the House of Representatives on Thursday, May 6. Facebook lit up with
angry comments from the community when it knew the bill was headed for a vote.
Some people went so far as to threaten to unfriend anyone who didn’t agree that
this bill was a threat to our coverage and health. Some went so far as to say
that if you didn’t take a stand, you were “privileged,” and that the bill must
not impact you. Strong words and convictions. Advocates urged everyone, as
people with an expensive preexisting condition, to contact their congressperson
and ask them not to vote for this.
The AHCA’s stated overall
goal is to reduce federal spending over time. But it also carries a significant
risk of reducing the number of people covered—the Congressional Budget Office estimates
24 million by 2026— and their benefits.  The estimated federal savings of
$300 billion must be officially assessed by the CBO in order to pass in the Senate. And to complicate matters, the Senate may write
its own version of the bill instead of voting on the current one.
The key components of the ACA
(“Obamacare”) that were favorable to those with preexisting conditions like
hemophilia were: eliminating lifetime caps, keeping children on parents’
insurance until age 26, eliminating preexisting condition discrimination,
creation of the Marketplace exchanges, and expanding Medicaid.
Some components of the
AHCA that are of concern include:
• Giving states the
ability to run their own Medicaid program,
• Allowing states to
opt out of any mandate that insurers not raise insurance costs for Americans
with preexisting conditions
• Allowing states to
create a work requirement for people on Medicaid.
• Repealing the
employer mandate
• Repealing the tax
penalty for the ACA’s individual mandate
• Cuts $900 million in
taxes for individuals who earn over $200,000 annually, while also cutting $1
trillion in subsidies for Medicaid.
• Providing $100
billion under the “Patient and State Stability Fund” to help states manage some
of the costs of the most expensive patients
• Permitting
states to allow insurers on the exchanges to charge more (with no upper limit)
for patients with pre-existing conditions, although they still cannot be
technically denied coverage
• Allows insurers on
the exchanges to raise rates more for older people, penalize people who go more
than two months without continuous  coverage, and replace Obamacare’s
income-based and cost-based subsidies for exchange coverage with a tax credit
that only adjusted for age.
In today’s TV show This Week, House Speaker Paul Ryan
commented, “Under this bill, no matter what, you cannot be denied coverage
if you have a preexisting condition.”
He tried to reassure viewers by adding, “You
can’t charge people more if they keep continuous coverage. The key of having a
continuous coverage provision is to make sure that people stay covered and they
move from one plan to the next if they want to. It’s kind of like waiting until
your house is on fire to then buy your homeowner’s insurance. You want to make
sure that people stay covered to keep the cost down.”
In response to the
passing of the House bill, Joe Kennedy III said this:
“In
a world view that scapegoats the Struggling and the Suffering, that sees fault
in illness, that rejects the most basic universal truth of the human existence:
that every single one of us, one day, will be brought to our knees by a
diagnosis we didn’t expect, a phone call we can’t imagine, and a loss we cannot
endure. So we take care of each other because but for the
grace of God there go I one day. And we hope that we will be shown that mercy
too. It is the ultimate test of the character of this country confronting our
chamber today. Not the power we give the strong but the strength with which we
embrace the weak.”
Facebook has been not
only a place to vent and share feelings and facts, but also has been a great
way to advocate. Facebook friend Randy wrote:
I just faxed my US
senators using Resistbot. Send a text message to 504-09 and put RESIST as the
message. Resistbot generates a fax to your senators and representative. (A fax
is apparently more effective than a phone call.) You’ll get a few prompts back.
We need them to vote NO on repealing the ACA. Lives are at stake – not to
mention wallets. Please copy, paste and share.
Facebook friend Jeff wrote: Insurers – not the government – define what pre-existing
conditions are, and they are free to be as liberal with their definitions as
they wish…
And
the only good thing to come out of all this so far? More people are becoming activists.
People are contacting their congressperson, some for the first time in their
lives. Young people are reading, learning, talking a stand. Conversations get
heated but also shed light; debates may divide but also deliver.
And
our community, as always, will take a stand against threats to our hard-earned healthcare
gains. Watch the news for continued debate on healthcare reform, and see you on
Facebook! 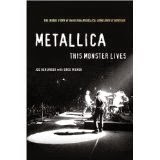