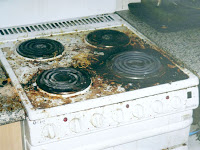 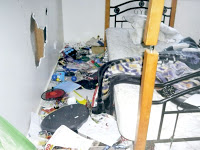 Many of you know I travel to some extremely impoverished places in the world, helping kids with hemophilia. On these trips you eventually get over the shock of seeing humans defecate in public, sleep in huts with no screens against insects, sleep 10 to a room, live in slums, filth, and suffer from lack of food and sanitation. But when you see that in developed countries, now that’s the shocker.

Just this week we had two stories that show that even our own countries have their own kind of poverty.

The Daily Telegraph, Australia, on June 9, 2009 reported “Mum neglects kids for internet lover.” This is like the Octomom gone wild.

“A mother who left her eight children for more than a week in ‘life-threatening’ squalor with a former de facto while she chased an internet lover has avoided jail today. Despite describing the neglect as ‘extreme,’ Magistrate Helen Barry suspended the 33-year-old mother’s 30 month jail sentence, and her ex de facto’s 12 month jail term over seven charges of abandoning her children.

“The former couple pleaded guilty to their neglect in Katoomba Local Court today, where she sat silently next to him while he was given a two-year good behaviour bond instead. The mother had asked her former 41-year-old de facto to look after her children while she flew to Melbourne to meet another potential lover she had met on the internet. But he told police he could not take on this responsibility because he was in hospital.

“Magistrate Barry described the horrific condition the children were found in her house as “squalored, putrid and uninhabitable”, while littered with dirty clothes, nappies and food scraps and contained broken glass from shattered windows, bottles and a shower screen. When police arrived on September 9 last year, the two youngest children aged three and four were running around in the front yard wearing only nappies. Inside, life-saving medication for six of the children who suffer hemophilia remained locked in a cupboard in the mother’s bedroom.

“Magistrate Barry … said the community had a right to be outraged and ‘any alternative to a custodial sentence would in
my view fail to reflect the objective seriousness of the offence.'”

And of course, the pictures almost say it all.

“Police say Jacqueline Hanscom’s 3-year-old son was underdressed, dirty, covered in dried blood and in a feces-filled diaper when the boy was found by an Anne Avenue resident inside a car. Hanscom, 20, of 55 Anne Ave. has described her child’s wandering an “honest mistake,” but a police affidavit indicates the child appeared neglected when he was discovered in another resident’s vehicle on April 13.

“An affidavit filed by responding Portsmouth Police Officer Laura Purslow indicates she found the child outside the family’s residence wearing nothing but a diaper and socks in 43-degree weather. ‘His nose and mouth were covered in dried blood and his diaper was so full of feces that I could see it through the sides of his legs,’ Purslow said.

“Purslow states in the affidavit that during the time she was on the scene the mother made no
attempt to clean up the child or change his diaper. Hanscom, a married mother of two, characterizes the incident as an honest mistake. In a May interview with Foster’s Daily Democrat she expressed shock police are charging her in connection with the incident.

“‘It’s unfair … I’m a good mother. I’m not a bad person,’ Hanscom said in the May interview. Hanscom told Foster’s her son often acts out because he suffers from Von Willebrand disease, a type of hemophilia in which blood doesn’t clot normally. She said her son, Chad, can’t perform most physical activities, and she and her husband constantly have to remind him of that.

“He’s got von Willebrand” excuse for why a three year old needs to be strapped into his car seat for hours? Changing his diaper might make him bleed, apparently. I’ve been to some pretty poor places, and have seen some sad things, but this reminds me there are worst things than physical poverty. Intelligence poverty and emotional poverty trump anything I’ve seen in a third world slum. When a child has someone who truly loves him and feeds his soul, he can withstand just about any material hardship, including hemophilia.

Great Book I Just Read: The Lost City of Z by David Grann

This page-turner tells alternating parallel stories: of the heralded 1925 exploration to find “El Dorado” by British explorer Percy Fawcett in the tangled rain forests of the Amazon, and of the almost unknown 2005 quest by journalist David Grann to find Fawcett and unravel the mystery of his disappearance. Fawcett’s disappearance made headlines around the world, as he was not alone in believing that the dense and impenetrable Amazon held a glittering city of gold. “El Dorado” means “gold man.” Its legend grew as thousands had died looking for it already, and Sherlock Holmes’ author Conan Doyle wrote The Lost World, based on Fawcett’s previous (failed) explorations there.

What makes the story so amazing is that Fawcett seemed immune to whatever the Amazon could throw at him: malaria, bacterial infections, piranhas, lack of food, harsh conditions (it makes polar exploration look like a walk in the park!) and above all, hostile Indian tribes. No one ever learned definitely what became of Fawcett or his 25-year-old son who went with him, though Grann does a fine job wrapping things up at the end. Still, it’s not hard to see what might have happened. This is a great book. Fawcett still has thousands of fans worldwide, including Brad Pitt, who has bought the rights to make a movie of it. Count me in as a Fawcett fan, too. Four stars.