This week marks the first ever International Plasma Awareness Week, an opportunity to recognzie the importance of plasma in our lives, and the need to donate blood to provide the life-saving liquid to those in need. It’s especially important to many with hemophilia throughout the world as donated blood donations can be fractionated into factor VIII and IX for many hemophilia patients who use plasma therapy.
You learned this in high school science class but here it is again: Plasma is the clear, straw-colored liquid portion of blood that remains after red blood cells, white blood cells, platelets and other cellular components are removed. It is the single largest component of human blood, comprising about 55 percent, and contains water, salts, enzymes, antibodies and other proteins. It is a clear, straw colored liquid that is 90% water and serves as a transporting medium for cells and a variety of substances vital to the human body.
In the US, we often think only of recombinant factor when we think about treating hemophilia, but plasma therapies remain the mainstay for many with hemophilia, those with inhibitors and undergoing ITI, and those with von Willebrand disease patients.

In addition, plasma protein therapies are used to in emergency and surgical medicine.Plasma protein therapies are not interchangeable and have been defined by regulators as sole-source biologic products because no generics or substitutions exist. In addition, their biological nature demands storage and handling requirements by specialty distributors that ensure their safety.

Source plasma is plasma that is collected exclusively for further manufacturing through a process called plasmapherisis. Recovered plasma is collected through whole blood donation which has been separated into its cellular components. 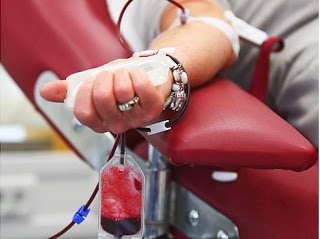 Plasma-derived therapies depend on the generosity and commitment of healthy donors. Source plasma is collected in over 450 specialized donor centers in the U.S., Canada, Germany, Austria and the Czech Republic. Source plasma collection in the U.S. is regulated by the Food and Drug Administration and by the European Medicines Agency and national regulatory authorities in Europe. Additionally, 436 plasma collection centers are also certified by the International Quality Plasma Program (IQPP), a rigorous, voluntary program that goes beyond regulatory requirements to help ensure donor safety and further improve the quality of plasma used to manufacture therapies.
This is a good week to doante blood then! If you can make the time, please visit your local blood donation center and give the gift of life.
See www.donatingplasma.org and www.pptaglobal.org  for more information.


International Plasma Awareness Week is sponsored by the Plasma Protein Therapeutics Association and its member companies.

The Future of Plasma Products

This past week I attended a fascinating event: The Plasma Protein Therapeutics Association (PPTA) in Washington DC. The PPTA is a nonprofit organization whose mission is “to promote the availability of and access to safe and effective plasma protein therapeutics for all patients in the world.” Attending were representatives and the heads of the major plasma producers in the world, including Baxter, Grifols, Octapharma, Talecris and CSL Behring. With only about 300 people present, it provided a more detailed and intimate look at issues affecting plasma.

The theme was “Access to Care.” Larry Guiheen, President of Biopharmaceuticals, Baxter, and also chair of the PPTA Board, kicked off the meeting with an overall look at the state of the world: Access means different things in different countries, he said, referring to the poor versus the rich countries. Health care goals of all countries include improving the overall quality of care, and providing access to care. Healthcare should be viewed as an investment in poorer countries (or what manufacturers call emerging markets); it’s expensive at first but someday it will pay off. What therapies will a government support? Those with the highest impact–meaning, I think, that lower cost drugs will allow governments to buy the more drugs, allowing for expanded treatment for all citizens. And plasma products generally are lower cost than recombinant ones. He added, the key to access is reimbursement of care.

Larry continued by saying, in the US, plasma is a key ingredient to health care. The US is an exporter of plasma, where self-sufficiency [in creating its own plasma] is key, but sometimes a country actually limits care. He pointed out that one limitation are trade barriers, which need to be broken down. China used to have barriers to importing plasma. Overall, he concluded, global plasma production capacity is increasing, plants are expanding, and collection centers are expanded.

Mark Skinner, president of the World Federation of Hemophilia, gave a wonderful presentation on the work of the WFH: there are now 115 national member organizations (NMOs). There are 219,000 patients with bleeding disorders identified.

I gave a presentation on my visit to Zimbabwe in December, to contrast the difference in access to care issues in a country with no hematologist and economic collapse, to a country with excellent care but increasing access hurdles, the US. I also gave my presentation on the Current Storm, which in a nutshell outlines the changing landscape of the hemophilia industry under the tightening screws of payer reimbursement restrictions.

A lively panel discussion with executive representation from the plasma manufacturers (and one lawyer to prevent any violation of antitrust laws) ensued on the last day of the conference. The panel came alive at the mention of paid versus voluntary donors. (There is excellent background on this issue in the book Blood, by Douglas Starr) Wolfgang Marguerre, chairman of Octapharma, a Swiss-based factor manufacturer which has just recently set up shop in the US, warned about shortages of supply: if there is an indication or new product for multiple sclerosis treatment that uses plasma products, there will not be enough plasma for the US population.

We need more volunteer donors, he stressed. “We have to use our influences to get them to understand our message,” he strongly pointed out. “The time has come to end ideological warfare against these types of donations.

Mark Skinner noted that the World Health Organization (WHO) allows only voluntary donations, and this is not sufficient to meet world demands. He asked, how can we reconcile WHO policies and the needs of our population?

Marguerre added, “There is confusion about [the role of] transfusion. [Authorities believe] Plasma is special and needs to be voluntary.”

Jan Bult, president of the PPTA, then asked the board their opinions of self-sufficiency, the ability of a country to produce its own plasma for its own people. I was shocked to learn that only the US and Germany are capable of doing this! In large part, because the US pays its donors, something that is considered forbidden, unethical and dangerous in many countries, and by some groups here in the US.

Dr. Gregor Shultz, chairman of the board of Biotest, pointed out that Japan had been trying for 20-30 years to create self-sufficiency and still can’t do it. Self-sufficiency won’t work there. Larry Guiheen added, “We pay donors, and other countries must too if they want to be self-sufficient.”

Japan became a focus of the discussion, and I learned that in Japan, the Minister of Health could be held personally liable if something goes wrong with blood supply. And the HIV scandal still haunts Japan, which then affects their regulatory department. The Japanese government can restrict imports of blood products when demand for these products hurts domestic production. And the government prefers blood products from Japanese blood. Blood is also labeled “voluntary” or “involuntary” yet no compensation is given.

Obviously, plasma production and supply was viewed from a marketing point of view: restricted markets mean the manufacturers cannot sell their products there. As a businesswoman, I enjoyed the presentations and discussions immensely and learned a great deal about the plasma business. As a humanitarian, I appreciated perhaps more than anyone present the positive impact plasma products have on the patients with hemophilia in the developing world. They are the future of care for so many countries, and we need these products. I feel that the US is one of the engines, if not the engine, that drives the hemophilia industrial world. We need out manufacturers to continue to produce plasma products, and keep the incentives that motivate them to product it, for choice, access to care, and for our brothers in the developing world.

Congratulations to Jan, Julie Birkofer and the entire PPTA staff who hosted this engaging, interesting and stimulating conference. I look forward to attending next year!