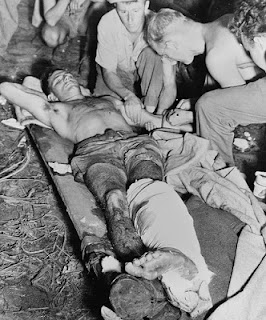 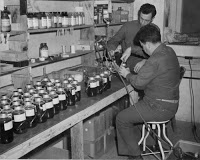 The Price of Blood

There is an ever constant debate throughout the worldwide blood community about whether blood donors should be paid or voluntary. There are all kinds of implications. I found the history of blood donation fascinating, as blood developed from a charitable service to a global industry. Here’s a snippet of what I read in Douglas Starr’s excellent and must read book Blood.

In the early 1900s, transfusion of blood was a clumsy, laborious process. No one stored blood in a blood bank. When a patient needed blood, he himself had to find a donor (this must still be the the case in some countries). One day in 1921, Percy Lane Oliver of the British Red Cross got an emergency call to find a donor. He realized this was stressful and inefficient, trying to find random donors when someone was already in trouble. So Oliver decided to create a registry of volunteers. More astonishingly, he ran it from his home! Oliver became a man on a mission, obsessed, and his idea was a stroke of genius. He worked seven days a week, recruiting, filing paperwork, and phoning people. Everything he did was free. His services were in so much demand, he could never get away even for a day. (You can imagine there was so much joy in being able to help when no one else could) Oliver even changed doctors’ practice of slicing open the arm and exposing the vein to insert a needle: all they needed to do was insert a needle now! Eventually, Oliver registered 2500 donors, all of whom were unremunerated. Britain led the way: soon donor panels were started in other countries. Dr. Arnault Tzanck established the Emergency Blood Transfusion Society in France. And he was also an energetic, tireless, and positive thinker. He wrote: “The man is truly poor who does not know how to give.”

Americans adopted the blood transfusion services, too, but were different: remuneration was ok. So paying for blood began in America. And Oliver? The man who created the idea of a registry of blood donors, who worked endlessly, helping to save countless lives, never received any recognition in his lifetime! Thanks to Starr, he is now recognized as revolutionizing blood transfusion services.

(I’m headed for England next week, a country with many medical firsts, especially in any fields related to blood. I’ll blog from there next Sunday)