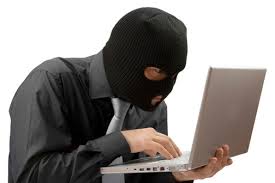 While catching up on some insurance reading, I came across this article, which gives some food for thought. I’ve been giving insurance symposia around the country, and we have been focusing this year on the “Marketplace” websites, but this never even crossed my mind!

“Buyer Beware: Obamacare creates an opening for confusion and
scams”

Health care exchanges, the marketplaces where people can buy
soon-to-be required insurance, launch Oct. 1, and experts warn that their debut
could create a prime moneymaking opportunity for illegal scammers and others
looking to capitalize on consumer confusion. “There are people licking their
chops and saying, ‘A sucker is born every minuet,’” says Elizabeth Abbott of
the consumer group Health Access California.
There are two main types of potential snares for consumers:
outright cons and insurance-like plans that give the impression of offering
more coverage than they actually provide. Regulatory agencies are already on
high alert for fraud. Both the Federal Trade Commission and the Better Business
Bureau have posted warnings about Obamacare-related identity theft. And in
Pennsylvania, one enterprising insurance broker set up a website with the
official state seal and the title Pennsylvania Health Exchange. The site was
removed after a warning for the state insurance department.
Some quasi-insurance products expected to proliferate come October
are ‘discount medical plans,” which promise lower health care costs in exchange
for a recurring fee. Many of these plans lure customers with language that
implies comprehensive coverage, but the reality is far more limited.
“The problem is, people pay the money, buy a plan, and when
they get sick, they find out they don’t’ have the financial security they
thought they had,” says Minnesota attorney general Lori Swanson, who has sued
several discount medial plans for deceptive market practices. Consumer
watchdogs are also wary of plans that reimburse consumers with set amounts for
doctor visits or hospital stays, regardless of the actual costs.
Obamacare bans some forms of skimpy coverage, but with
enforcement left to the states—some of which are less than enthusiastic about
the law—don’t count on those misleading plans disappearing overnight. “Will the
states crack down on them?” asks Timothy Jost, a law professor at Washington and
Lee University and an expert on insurance regulation. “Well, a number of states
aren’t enforcing the Affordable Care Act at all.”
Time August 19, 2013

Into the Abyss: An Extraordinary True Story [Kindle]
Carol Shaben

A small commuter plane goes down on a subzero night in 1984 in Canada; only four of nine people survive: the 24 year old pilot, the first Muslim politician in North America, a policeman and his handcuffed prisoner. The next 36 hours reveals each man’s character, impacts them for life, and bonds them to one another for life. The prisoner saves the lives of the other three and becomes a national hero. This amazing story, expertly told, delves deep into the minds and hearts of each man before and during the accident, and follows them 20 years later to see what has become of them. The incident helped to change Canadian aviation. The author is the daughter of the politician, one of the survivors. Five/five stars.