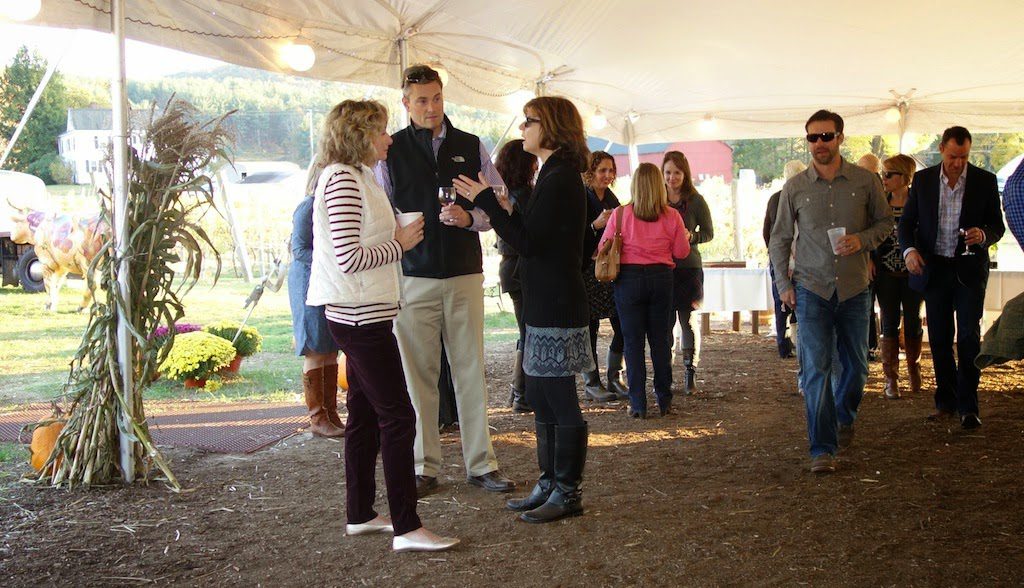 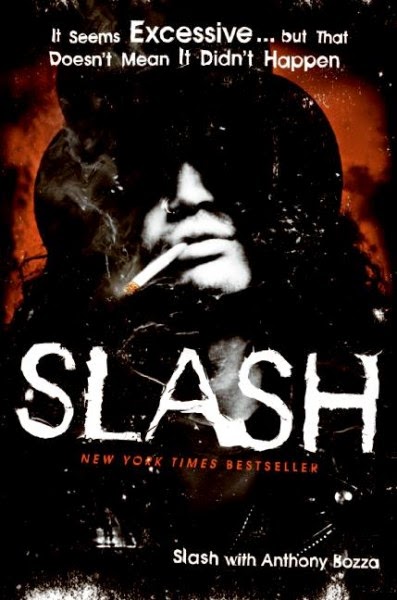 Wine, Friends, a Foundation, A Legacy 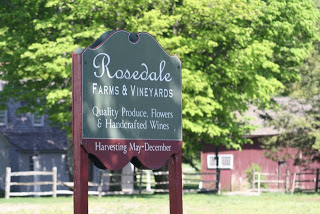 I don’t often
attend hemophilia functions in my own home territory because I am often
traveling elsewhere for hemophilia. How nice it was to attend a wine tasting
event in Connecticut to benefit the Colburn-Keenan Foundation. This was all the
more special to me, because I knew the founders, Donald Colburn and Kathy
Keenan, who lived in my hometown of Springfield, Massachusetts. Many of us who
have been in the hemophilia community 10 years or more will remember Donald as
the man who donated half a million dollars to kick off NHF’s Campaign for the
Cure.

I drove almost
three hours to a lovely vineyard at Rosedale Farms and Vineyards in Simsbury,
Connecticut. It was a perfect fall day for the event, and I was greeted by long
time friends and colleagues Mark Zatyrka, who is Donald’s nephew, and his wife,
Sasha, who is executive director of the foundation now. Mark also has
hemophilia.
There were many
old friends in attendance, and I convinced my brother Tim and sister-in-law Lee
to drive down from Springfield to join us. The Connecticut Hemophilia
Association staff was present, as were many local homecare and pharmaceutical
company reps, which helped support the event. There were many great wines to
try, wonderful hors d’oeuvres, cheese and fruit, and raffle prizes.

But the best part
of these events is hearing from the families who benefit. I work
internationally, with impoverished families (and I mean like $1 a day income
impoverished families), and sometimes it’s easy to dismiss or even forget that
there are families really hurting now in America. Jennifer, a mom from
Connecticut, stood up and gave a wonderful testimony about how the
Colburn-Keenan Foundation helped her family when they had tough times; her son
now is thriving thanks to their financial support. I also want to thank the
Foundation for making a donation to my own nonprofit, Save One Life, which
helped us meet our operating expenses.

And it’s really a
great legacy from a great man and woman, a team, who devoted their lives to
making a difference: and they are still making a difference even though they
have both passed on. Read below to learn about the unique couple whose lives
were all about giving. And visit www.colkeen.org
to learn more about the Foundation.
Thanks to Mark,
Sasha, and everyone for a wonderful evening!
From the website www.colkeen.org:
Donald E. Colburn, founder of the Colburn-Keenan Foundation,
Inc. was raised in Agawam and was a longtime resident of Springfield,
Massachusetts and Suffield, Connecticut. Donald’s life was one of outstanding
community service. 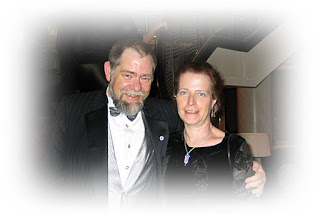 Donald was a past president, volunteer, and
supporter of the Kiwanis International Club of Greater Springfield and the
Cape. He supported the United Way of the Pioneer Valley, the Jimmy Fund,
Special Olympics, many of the first AIDS service organizations, including
Project Inform, AIDS Action, Camp Heartland, Camp Hole-in-the-Wall Gang, and
the Elizabeth Glasser Pediatric AIDS Foundation.
Donald also lived with severe hemophilia A
and many of its complications and, as a consequence, was committed to the
creation of a better world for individuals and families living with bleeding
disorders. Donald’s volunteer leadership activities spanned 35 years,  and included his years as Executive
Director of the New England Hemophilia Association (NEHA). His national
volunteer work included participation in the Federal Maternal and Child Health
Bureau’s Hemophilia Treatment Center grant review program; the Centers for
Disease Control’s Care Standards Committee and its Hemophilia/HIV Treatment
Center Compliance Site Visit program; and the National Hemophilia Foundation’s
(NHF’s) Blood Products Monitoring Committee, Blood Safety Committee, MANN
Committee, Advocacy Committee, Strategic Planning Committee, and It’s Time for
a Cure committee. He was a supporter of the Committee of Ten Thousand and
Hemophilia Foundation of America.
Kathy Ann Keenan, founder of the Colburn-Keenan Foundation,
Inc. was born in Queens, New York and was raised in Springfield, Massachusetts.
Kathy Ann’s life was one of caring and giving. She was a generous benefactor to
many worthy projects and charities in the local community as well as several
regional and national organizations. These included the New England Hemophilia
Association, the National Hemophilia Foundation, the Entertainment Industry
Foundation’s National Colorectal Research Alliance, the Elizabeth Glasser
Pediatric AIDS Foundation, and Project Inform, to name a few.
In 1982 Donald Colburn and Kathy Ann Keenan
married and began a life together of hard work and personal and corporate
responsibility. In 1989, they founded AHF, Inc., a homecare pharmacy.
Donald and Kathy Ann founded the
Colburn-Keenan Foundation as a means to perpetuate their hopes for and service
to the bleeding disorders community. The Foundation represents their life-long
commitment to supporting the emergency, medical, and educational needs of those
with bleeding and other chronic disorders. In addition, the Foundation supports
the work of community, regional, and national organizations involved in
projects and programs that benefit the bleeding disorders and chronic illness
communities.