My Stars, Our Future: Astrology and Hemophilia 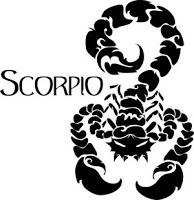 Do you believe in astrology? The idea that the alignment of the stars at your time of birth can determine personality traits and more?
I’m a Scorpio, and according to the books, a near-perfect one, personality wise. Intense, probing, passionate. Right down to the fact that we love wearing black.
Our colleague Richard Atwood of North Carolina has uncovered a fascinating history of hemophilia and astrology, which he writes may have more in common than might be
expected. —Laurie

Hemophilia and other genetic disorders have been
specifically studied in the field of medical astrology. The vision that medical
care would be enhanced and better understood through astrology never
materialized, but it leads to speculations on what might have happened to
hemophilia if medical astrology had become a legitimate discipline of inquiry.

John Addey (1920-1982) wrote the article “Harmonics, Genetics and Disease” and Charles Harvey (1940-2000) wrote the article “Hemophilia – An Inherited
Disease.” Cambridge
Circle, Limited, published these two articles in a 19-page, single-stapled
pamphlet with the identifier New Directions 1. This implies that the pamphlet
is intended as the first in a series. No date of publication for the pamphlet
is provided, yet Addey mentions his new book, Harmonics in Astrology.
Never stated as such, that book was published in 1976.1 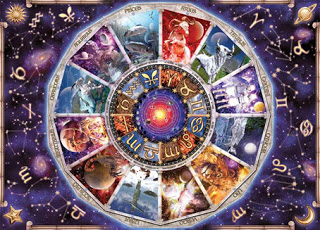 Addey broaches the topic of medical astrology and the
relationship between astrology and heredity. He asserts that “a knowledge of astrology is a
valuable adjunct to the healing art.”
Then in a statement combining realistic pessimism with opportunistic
optimism, Addey adds, “Unfortunately,
astrology is not part of the conceptual framework of modern medicine, but we
can be assured that this state of affairs is about to change.” Unfortunately for Addey, his
prediction remains unfulfilled.

Addey asserts the argument that because natural characteristics
are defined by laws of heredity and natural characteristics are calculated by a
horoscope, it follows that the astrological code must be in agreement with the
genetic code. This point of view assumes that physiological transmission of natural
traits and cosmic transmission of natural traits are parallel expressions of
the same theme. To an astrologer, this argument is evident so it must be true.

Proving his point, Addey cites the research by Michel Gauquelin.
Earlier in 1970 Gauquelin had calculated the horoscopes for time of birth for
28,000 parents and children. He found a statistically significant tendency for
parents to have the same planet rising or culminating as their children. To
Addey, this astrological relationship of planetary position, though general,
does exist, allowing him to build upon its foundation.

Addey acknowledges some research obstacles. An absence of data on
recorded birth times poses research problems for determining horoscopes. Addey
is less concerned about the modern medical practices such as induction of labor
and contraception that cause disoriented births.

To substantiate his point, Addey provides personal data on his
paternal grandparents, his father, himself, and his three children because he
knew all of their exact birth times. Addey
also provides data on Queen Victoria, a hemophilia carrier, who passed on the
hereditary blood disease to one son and two daughters. Citing Harvey’s article, Addey claims that
the affected descendants with hemophilia repeat the Saturn and Mars/Saturn
midpoint by 45º aspect
(involving appropriate significators) and within extremely narrow orbs. As a
final example, Addey presents the case of Helen Keller, who acquired her
hearing and sight loss due to scarlet fever at age 19 months, rather than by
genetics. Through extensive computations for the 5th harmonic chart, putting
the radical chart on to a 72º dial,
or a fifth of the circle, Addey concludes that probably the only major
indication of perception deprivation on Keller’s horoscope is the fairly close square of Saturn, ruler of
the third house, to Mercury. The origin of severe injury to the faculties of
perception and communication by scarlet fever is found when the very harsh
opposition falls with Saturn on the radical Mars. Addey proves his point
through obfuscation, using terminology familiar only to astrologers, so the
reader has to either acquiesce or give up trying to understand the complicated
argument.

Harvey, in a much shorter article, focuses on just the descent of
hemophilia from Queen Victoria. Harvey discovers highly specific astrological
correlates for the 24 hemophiliac and hemophilia-carrier descendants plus
non-hemophiliac siblings for whom data are known. Strikingly, the sensitive
point of Queen Victoria’s
horoscope with Saturn at 28º46’ Pisces and her Mars/Saturn
midpoint at 8º10’ Aries are duplicated in her
descendants who suffered from or were carriers of hemophilia by 45º aspect. Harvey concludes that
Saturn and the Mars/Saturn midpoint symbolize the hereditary deficiency of
hemophilia. He explains that Jupiter has traditional rulership of blood while
Sun/Jupiter is related the the regeneration of blood. Harvey also provides a
simplified cosmic and hereditary pedigree for Queen Victoria over 4
generations.

The pamphlet provides no information about the two authors. John
Addey was born on June 15, 1920, at 8:15 AM GDT in Barnsley, England (53N34;
1W28). After the World War II, he joined the Astrological Lodge of the
Theosophical Society in England and continued his astrological studies while
pursuing a Masters degree. Addey founded the Astrological Association and
published several books on advanced modern harmonics and the symbolic basis of
numbers. Charles Harvey was born on June 22, 1940 at 9:16 AM BST in Little
Bookham, Surrey, England. Having Addey as a mentor, Harvey earned his Diploma
of Astrology in 1966 and became President of the Astrological Association in
1973. As an astrologer, teacher, organizer, author, researcher, and counselor,
Harvey specialized in financial astrology and the astrology of world affairs.
He died from non-Hodgkin’s
lymphatic cancer.

Hemophilia is defined by Diane L. Cramer in the Dictionary of
Medical Astrology (2000) as “malefics
in second-eighth axis, Mars Saturn stress aspect, Jupiter afflictions,
afflictions to Sun, Moon, or Ascendant.”
(p. 36). This definition is assumed to be self-explanatory as no further
information is provided. The four malefics are Mars, Saturn, Uranus, and
Neptune. A comparison of this dictionary definition of hemophilia to that
stated by Harvey was not attempted.

More detailed astrological charts of Queen Victoria, Alexandra
the Czarina of Russia, and Czarevitch Alexei are readily available for
downloads from the Astro-Databank. The issues of privacy for personal and
astrological data are not addressed on these internet sites other than
statements that content is available under permission. Much of the personal
information on the European royalty is public knowledge, so their astrological
charts are easily computed. 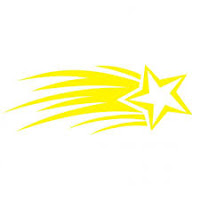 Medical astrology never became enmeshed in modern medical care
even after John Addey proclaimed it would in 1976. Yet we can still speculate
on the changes if astrology were included in hemophilia care today. Hemophilia
treatment centers would now provide diagnostic, treatment, and forecasting
services. As part of the HTC social intake form, HTC staff would gather
detailed information on the exact date, time, and place of birth using GPS
coordinates. These same data would be collected on CDC surveillance forms and
processed by ATHN. In the beginning, these data would have been cumbersome, but
today computer software, and even smart phone apps, would simplify the
analysis. And to get the largest data set possible, the National Hemophilia Foundation
would initiate a program called My Stars, Our Future to determine the
astrological code of everyone with a bleeding disorder. We can always wish upon
a star.

1. The publisher Cambridge Circle is listed in the Notes with a Green Bay, Wisconsin address.