Insurance Healthcare: Down to the Wire? 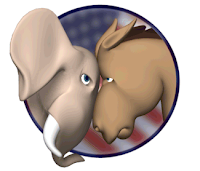 Well, not really. Yes, elections are Tuesday, and they are a nail biter. It’s too simple to say that if Romney wins, the Affordable Care Act will be repealed. And if Obama wins, the ACA and healthcare reform will continue. As Jim Romano of Patient Services, Inc. pointed out Saturday in Springfield, Massachusetts at our final Pulse on the Road symposia for 2012, no matter which candidate gets in office on Tuesday night, they will still need to contend with Congress.

Both men might face obstacles: Romney needs a majority in Congress and Obama faces a strong public undercurrent to revamp or repeal the Act. If Romney wins without a Republican majority in Congress, then the ACA and its Medicare provisions may continue to evolve.

But should Romney win on Tuesday with a GOP majority, he would have the political initiative and power to repeal the ACA. It’s possible Romney (and Paul Ryan) might push through Congress a structural overhaul of Medicare. With Obama, probably Medicare would be left as is.

Jim pointed out that the ACA was modeled after Mass. Governor Romney’s state heathcare plan of 2006, which mandates that everyone in the Bay State have healthcare insurance, much as everyone must have car insurance to drive a car. The uninsured rate in Massachusetts dropped to 2%! But the jury is still weighing: In June 2011, the Boston Globe concluded that the healthcare overhaul “has, after five years, worked as well as or better than expected.” A study by the Beacon Hill Institute reported that the mandate was “responsible for a dramatic increase in health care spending.”

What will happen on Tuesday and its aftermath? Hard to say.
Just keep reading, review your own insurance policy carefully, stay in touch with your local
hemophilia organization and above all, VOTE on Tuesday! No matter what happens, we will
always need to keep advocating for our bleeding disorders community.