Who’s Looking At Your Genes? 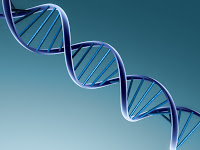 A society which respects civil liberty realizes that the freedom of its people is built in large part, upon its privacy. —John Fitzgerald Kennedy

Massachusetts is known for being the birthplace of America, and location of the Revolutionary War. Seems we started another revolution this week. The Forum on Genetic Equity is pushing to pass a MASSACHUSETTS GENETIC BILL OF RIGHTS— a bill to protect information about our genetic make-up, and defects. Think about it: what could employers, insurance companies and others do if they knew about your genetic make-up?

From The Forum on Genetic Equity website: “This legislation marks a major change in the way we think about genetic discrimination. When passed, this legislation will put individuals in control of their genetic material and information.”

And this: “The state action in Massachusetts is credited with being a major factor creating the political environment which made it possible for Congress to enact the Genetic Information Nondiscrimination Act (GINA) in 2008. While GINA is considered by many to have been the single most important civil rights legislation adopted in this new century and makes it illegal to use a person’s genetic information or genetic material as the basis to deny anyone health insurance coverage or employment, technological advances have outstripped both federal and state protections. The MASSACHUSETTS GENETIC BILL OF RIGHTS deepens and broadens individual rights by proactively working to end all forms of genetic profiling while safeguarding individual privacy rights.”

Steve May, executive director, wrote just today, “The response to our last message about the Massachusetts Genetic Bill of Rights has been nothing short of unbelievable. Over the last 72 hours our mailing list has nearly doubled. The public is clearly gaining a sense that the misuse of genetic data is an emerging civil rights concern.”

We respect privacy here at LA Kelley Communications. In fact, there was no HemaBlog yesterday as our website was down for a bit, because we’ve invested in new privacy mechanisms, to protect you when you contact us, browse us or place an order. Privacy is a huge issue. Ensure you know how to protect yours. Check out the website www.GeneticEquity.org today!