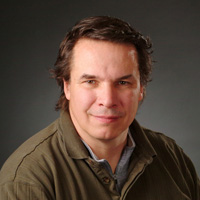 Last Sunday night’s “60 Minutes” was a shocker for me. I don’t watch TV–at all–but made time to watch this. Jon Krakauer of Into Thin Air fame exposed best-selling author and humanitarian Greg Mortenson as a fraud. Up until now, Greg Mortenson was someone I admired and even met at a book signing. His rapid downfall is a warning to all charities.

Mortenson’s book Three Cups of Tea has been a New York Times bestseller for about two years. Though not a particularly well-written book, it nonetheless describes a fascinating, life-changing journey: an aborted 1993 attempt on K2, Mortenson’s descent and separation from his team, and his stumbling half-dead into a remote Pakistani village. The residents cared for him, and he witnessed their utter poverty and lack of schools. He in turn pledged to build them a school someday. He turned this event into a mission, and the Central Asia Institute (CAI) was founded, a non-profit that in 2010 reported it has built over 171 schools in Pakistan and Afghanistan, providing education to over 64,000 children, including 54,000 girls. One of the highlights of the book was when Mortenson was captured for eight days by the Taliban, but won them over and left them cheering for his success.

Inspirational, motivational, miraculous… and not true.

This was devastating news to those of us who work in the international humanitarian world, who know how difficult it is to get funds, who see projects falter, who sacrifice many weeks and months, sometimes years. We also cheered for the success of someone like Mortenson, who accomplished what seemed impossible. His small charity grew, thanks to his best selling book, and according to “60 Minutes”, raked in about $60 million last year.

Shoddy journalism or outright lies? Mortenson never stumbled into a village following his K2 attempt. The Taliban never did capture him. Seems that people are coming out of the woodwork now to discredit Mortenson.

Krakauer is an excellent writer and dogged journalist, citing sources for his evidence, and naming names. One of the most disconcerting points is the tangled finances at CAI, which are obscured, poorly documented, and lack transparency. Book sales royalty goes to Mortenson, enough to make him a millionaire. Well, that’s America; nothing wrong with that. But when it is made from fabricated stories passed as nonfiction, and when they make up the backbone of the book? How about this: while he rakes in the millions, he charges CAI for the travel, posh hotels, chartered planes, and all expenses. This is wrong, wrong, wrong. According to the report, he rarely turns in expense reports. Seems that no one quite knows where a lot of the money goes.

Krakauer even visited the school overseas. Half of the visited schools are empty. Mortenson has overseen the building of many schools and many do work. But something just doesn’t add up. CAI’s own audited financial statement states that over 50% of their program expenses are spent on domestic “outreach”—50%!—and not on the schools themselves. The outreach means Mortenson’s speaking engagements, which you recall, earns him millions.

I donated money to CAI after I met Mortenson. He seemed quiet, humble and hard working. It’s his personal story that is so compelling, and now I learn it is fabricated. Who knew that he was fudging stories, milking the public’s sympathies, painting himself as an American Mother Theresa, all the while skimming and dipping the millions pouring in?

What’s worse is that this will have a ripple effect for so many charities, at a bad time in America with rising consumer costs, high unemployment and political dissatisfaction. I know so many true heroes out there, working without the masses worshipping them, I don’t think Mortenson set out to defraud the public; I think he truly wanted to make a difference but when we started our hero-workshop, the story became a myth, the myth launched sales, and money poured in, Mortenson went to the Dark Side.

It’s a tale that hemophilia charities and their donors should note well. Get a professional audit; check and document your sources before printing anything; separate professional revenues and expenses from the nonprofit ones if you work in both; submit original receipts, even for one cup of coffee; executive directors cannot and should not serve on their own boards; boards of directors should be allowed to make policies and enforce them, even to the founder; ensure that most of your program money is spent on the people you are trying to serve, and not on publicity, overhead or travel. And never think you are above the law.

Thanks to Krakauer, the attorney general of Montana will be investigating CAI to see if the charges are true. This is a bitter brew for all in charities. 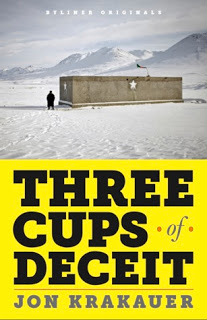 This is the book that knocked the halo off of Greg Mortenson and cracked open an investigation into CAI’s finances and programs. A very quick read, Krakasuer painstakingly reveals the journalistic shoddiness of Three Cups of Tea, the fabrication of stories to enhance sales of the book, the recklessly spending by Mortenson to advance his own hero-status on the backs of public donations—including the “Pennies for Peace” campaign that encouraged school kids to save pennies to build schools in Pakistan and Afghanistan. All lies? That remains to be told, but surely this book rips apart the story that became a dream come true and now threatens to become a nightmare. Four stars.