Excerpted with permission from an on-line article by Jojo G. Silvestre

World Hemophilia Day [April 17] is an international day of observance of which not many people seem to be aware. I am one person who may have a better understanding of bleeding disorders, a unique yet quietly widespread human malady only because my dear friend, Andrea Hernandez Trinidad, president of Hemophillia Advocates-Philippines, internationally-recognized as the face of hemophilia in the Philippines.

I met Andrea in the early years of the new millennium. A former newspaperwoman whose stories appeared on page one of a top daily, she shifted to public relations and, not unexpectedly, was very warm and friendly. It turned out it was not for convenience and business purposes that she had a ready smile. This was one lady, I soon realized, who was sincere in her dealings with others and whose friendliness is not dictated by the so-called exigencies of her profession.

Andrea, from day one of our friendship, had been one socially-confident, articulate and smart gal who dressed up properly (her style could be powerful at one time, sporty the next, or glamorous when the occasion called for it), laughed with gusto and listened attentively. Ours has been a two-way traffic, although I must say I’ve been more on the receiving end (ha ha ha) because, well, she has so much to give and I just don’t mean the “pasalubong” (gifts from travels) that she showers me with whether she needs me to edit something or not.

Managing bleeding disorders is expensive. But the scarcity of medicines — the factors — is something that truly surprised me. That even if you have the capacity to purchase these medicines, there are times you can’t find enough supply.

Although this may be late for World Hemophilia Day itself, I am focusing on her and her special cause — the promotion of awareness of bleeding disorders so that those who suffer from them would be given suitable and timely support which can be best institutionalized through legislation.

According to the website of the World Federation of Hemophilia (WFH), the organization, this year, “is focusing on reaching out and identifying new members of the bleeding disorders community. The WHD 2019 campaign will feature examples of WFH outreach initiatives such as organizing regional workshops, raising awareness of bleeding through media coverage or training health professionals and collecting data. It will combine these examples with submissions from our community about outreach efforts in their own regions or ideas about what would be helpful for future initiatives.”

Her own father, Jesus Trinidad, was a long-term councilor and currently, two of her siblings and few cousins hold different positions in government.

Andrea and her five siblings were practically raised by their mother, Sofia, single-handedly, because their father was a martial law detainee in the 1970s and had to leave his family to work elsewhere after his incarceration.

Andrea remembers seeing her mom having bad monthly periods. Many times she would be confined to bed. She recalls, “In 1988, her bleeding became so bad that doctors wanted to run a biopsy on the lump on her uterus. She didn’t survive the supposed simple operation.

“My mother literally bled to death while undergoing biopsy operation simply because the condition was still unknown in the Philippines at that time,” recalls Andrea.

If it was devastating to the whole family, Andrea would later find out that she had inherited the disease. No wonder that as a teenager, she had a bleeding disorder.

She also experienced multiple bleeds every time she was pregnant, so all her three children were born prematurely. But it was not until her youngest child, Star, was born that she finally suspected that a bleeding disorder runs in her family. 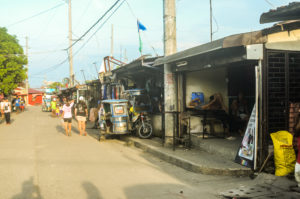 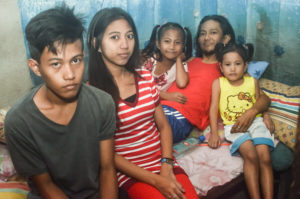 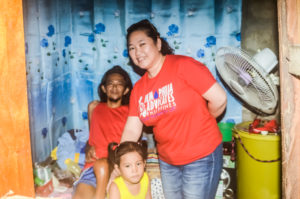