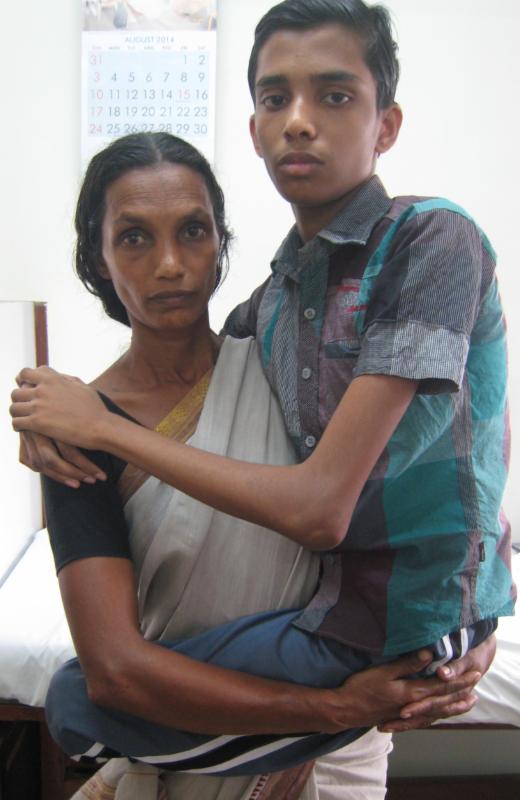 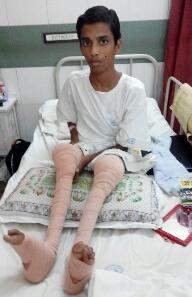 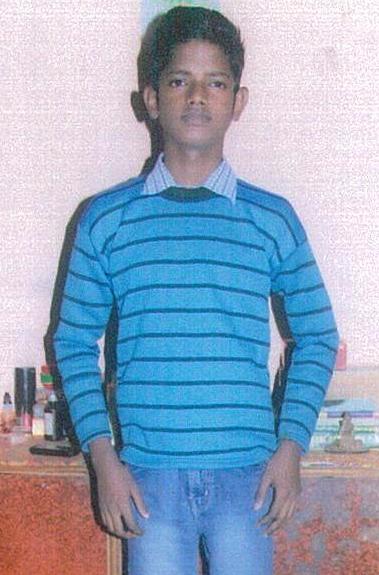 I remember the Boston Globe column called “Sunday’s Child,” which profiled a beautiful child every Sunday in the Boston area in need of a foster home, in the hopes it would end in adoption. Let’s call this week’s blog post “March’s Child.” We have children with hemophilia in need of sponsorship!

It’s March, Hemophilia Awareness Month, and yet there are children in developing countries who lie at the fringe of our community, unaware that it’s “their” month, poor, suffering, waiting for help. We do our best to provide factor to these children through Project SHARE. But did you know you can sponsor one of these children through our sponsorship program Save One Life?

Helping us promote our cause is the amazing Chris Bombardier, who just spent 3 weeks in the wilderness, summiting Carstenz Pyramid in Indonesia. Yup, he flew all the way there, and suffered up that enormous mountain (the highest in Oceana–a stand-in for continent Australia) and #5 on his Seven Summits Quest) to raise awareness for hemophilia in March and for Save One Life in particular. How is that for sacrifice and dedication? 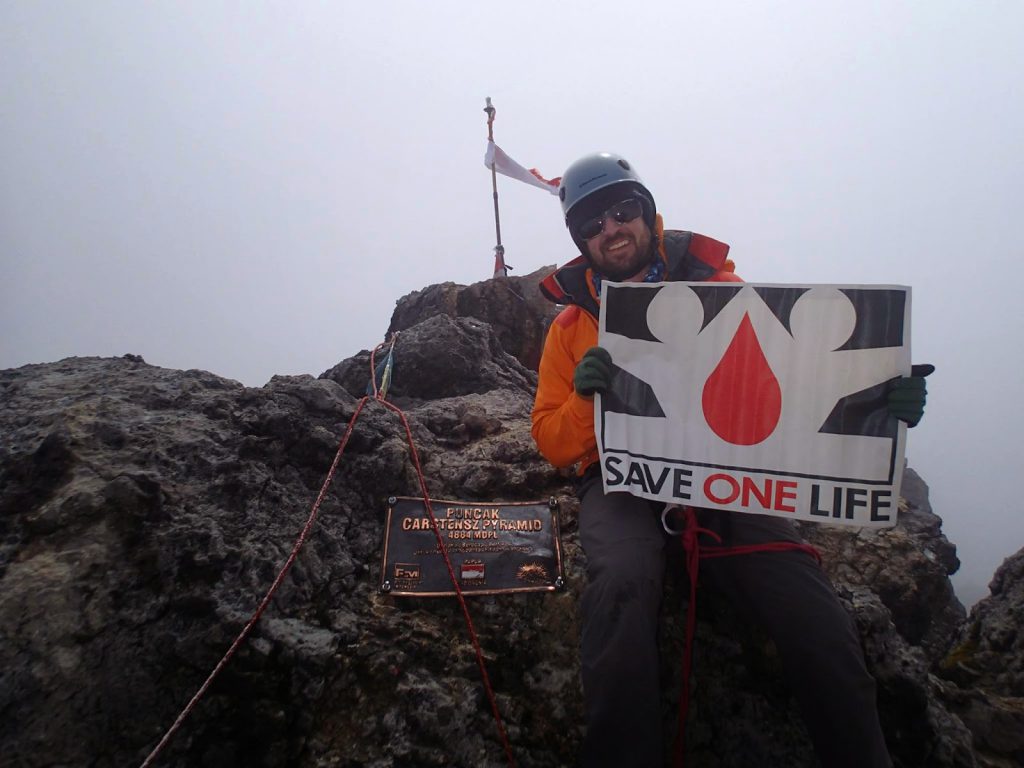 Most of us don’t need to go to such an extreme, though Chris so kindly asked me to accompany him (I would have if I didn’t have so much hemophilia-related work going on right now). We can just sponsor a child at only $22 a month. We are trying to get a mere 31 children sponsored in March, one for each day. We’ve almost reached our goal! Just FIVE more! We even have their photos below. Please consider helping us reach our goals to help give them a better life! It’s Hemophilia Awareness Month: Thanks to those who have pledged sponsorship! We hope more blog readers will rally to help these deserving children; what better month to make a pledge than March?

You can read more about Chris’s amazing climb here! 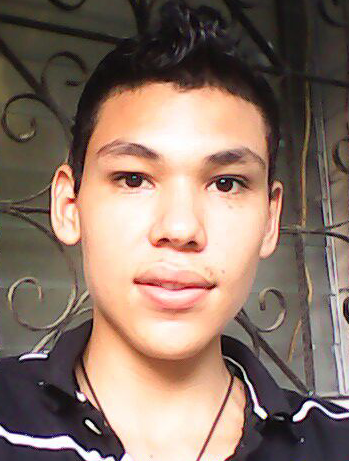 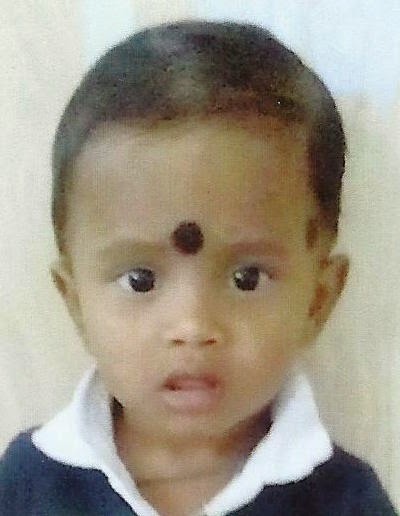 From the mountain-climbing author of Into Thin Air comes nine gripping and informative stories about historic mountain climbs and the intriguing people who climb them. He covers K2, Denali, Everest and the Nordwand (Eiger) interspersing modern day adventurists and alpinists with history of climbing for each mountain. Krakaeur is a great storyteller: no nonsense but infusing his stories with awe, respect and love of the mountains. He also includes his own struggles with each mountain while portraying others’ climbs. Four/five stars.

Summiting to Save Lives!

Laurie Kelley March 8, 2015
March is Hemophilia Awareness month! But you already knew that.
What you might not know is that a brave young Denver man with hemophilia is making
history!!
Chris Bombardier (don’t you just love that name? It’s like Jonny Quest or Tom Cruise—it simply implies adventure) is doing something no one with hemophilia has ever done before: summiting Carstensz Pyramid in Indonesia.
Why this mountain? After all, the man lives in Denver, a mile-high city. (Yes, he has that to his advantage; lots of extra red blood cells to help with altitude). Carstensz Pyramid will be Chris’s 5th mountain in his goal is to become the first person with hemophilia to climb the highest peak on each continent, aka The Seven Summits.
Mt. Kilimanjaro in Africa. Mt. Elbrus in Russia. Mt. Aconcagua in South America, and Mt. McKinley in the US: been there, done that for Chris.

This will be  his most technical climb yet–that means hard!  Carstensz Pyramid is the highest mountain in Oceania standing at 16,024 feet above sea level. The mountain is in a remote area of Papua, Indonesia and the climb will involve specialized skills such as rock climbing, rappelling, and a tyrolean traverse. Chris will end the climb with a 4-5 day trek through an isolated region of the Papua jungle.

And he asked me to come with him, mentioning there were a lot of leeches and snakes in those there “isolated regions.” I wanted to go, believe me. One day I will go with him (though we are now narrowed down to Antarctica and Mt. Everest. I have to remind him I am twice his age), if only to base camp.

Chris left Friday, March 6 and has just landed in Bali. He is psyched and raring to go!

You can follow him for the next three weeks on his blog: AdventuresOfAHemophiliac.com 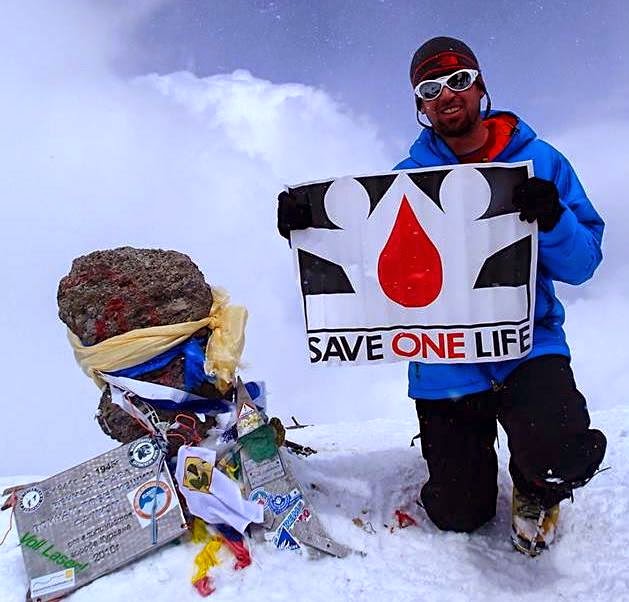 Quick background: The Seven Summits Quest began when Chris traveled to Kenya on a work-related trip. While there, he witnessed the difficulties of those living with hemophilia in less developed regions of the world and decided he wanted to do anything he could to help. Chris declares, “Of course I look forward to standing on the summits of these incredible mountains and feeling the accomplishment of doing it with hemophilia. I want to show young people with hemophilia what’s possible. Our world is an amazing place, and I don’t want people with hemophilia to think they have to live in a bubble. I want them to get out and experience life to the fullest!” But, more importantly, Chris is committed to spreading the word about hemophilia and raising people’s awareness of the huge disparity in care that exists in the world.

And I add proudly that Chris is a board member of Save One Life, the nonprofit I founded in 2001 to help support the world’s poor with hemophilia. We have about 1,400 children and young adults

And in March, Chris is going to dedicate each day to a child in need. Our goal is to get 35 more sponsored. They are waiting on our website: http://www.saveonelife.net
Chris is taking risks at great expense to highlight the need of those in impoverished countries, where factor is limited or nonexistent. Please help support his climb by sponsoring a child today!
http://www.prweb.com/releases/2015/03/prweb12565783.htm 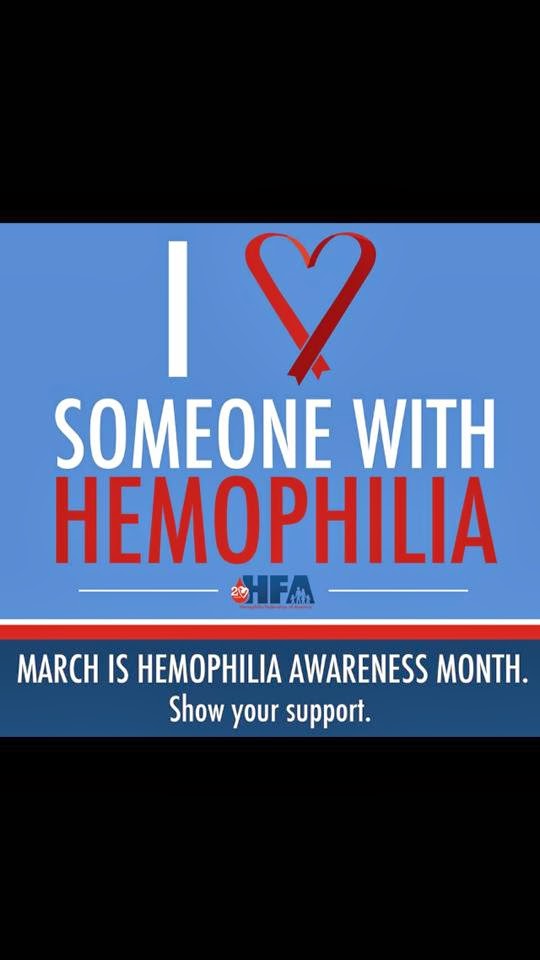