This week I travel to Kentucky to meet with many old friends and to be introduced to new ones at Hemophilia Federation of America’s annual Symposium. I usually am traveling overseas and have missed the last few years. HFA’s Symposium brings community members together to attend educational sessions, meet new members of the community, experience HFA programming, get motivated to action and to also have fun.

I am especially interested in the program on Healthcare Reform, to hear how healthcare reform may impact those with bleeding disorders.

So when was the last time you checked out the Hemophilia Federation of America’s website?

It’s a great place to see advocacy in action. If there is one word I’d use to describe HFA it’s advocacy. Founded in 1994, HFA has come a long way to define itself as a national organization. It was founded to meet unmet needs, though at the time we already had a national organization. The US is a big country, and diverse, with a traumatic history regarding hemophilia. HFA began as a grassroots upstart, defying the status quo and challenging the system—it’s primary focus was on blood safety, which made sense since so many of those who founded HFA were affected by the HIV contamination.

Now, with much of that behind the community, HFA still keeps its activist core and encourages families to join their efforts. This is much needed now as we enjoy the benefits of the new healthcare reform even while we worry what it holds in store for us.

Tune in next Sunday when I will provide some highlights and photos from my visit.

And visit www.hemophilifed.org to see what this driven and talented group is accomplishing!

This is one of my all-time favorites and I read it again just to keep it fresh. A timeless tale of poverty, starvation, survival and then success, and how the wheel of life keeps turning. Set in 19th century China, Wang Lung, a poor farmer, awakes on his wedding day. His wife, O-lan, a former slave in the house of a great lord, is homely and silent, but makes an excellent wife. The couple work the land and their efforts are rewarded. Until the drought… with great simplicity but beauty Buck pulls back the veil on peasant life in China, the beliefs and customs, while addressing human frailties that transcend all cultures and countries. Four stars. 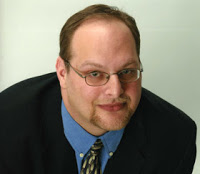 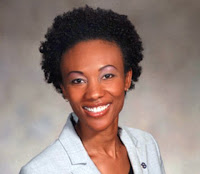 I have been so impressed with the publications and postings coming from the Hemophilia Federation of America, once a small-time, grassroots nonprofit, and now after 10 years, poised to become one of our strongest voices to Congress and industry. With the additions of Steve May and Kisa Carter, HFA has become a professional powerhouse of insurance publications.

I completely endorse their outstanding work. Please sign up to get their “Friday Update,” available through the colorful, active website: www.hemophiliafed.org

The timing couldn’t be better with big changes coming via health care reform. This article ran two weeks ago, about “medical debt.”

States begin to address medical debt
November 19th, 2009 by Steve May
Paying for health care is becoming increasingly difficult for American families. Fewer workers are receiving health coverage through their jobs, and those who do have job-based coverage face rising out-of-pocket costs. Not surprisingly, more families are going into debt trying to pay for the health care they need. The health reform proposals that are currently before Congress would prevent millions of families from accruing medical debt by making insurance affordable for people who are now uninsured, capping out-of-pocket costs for those with insurance, and making sure that people with low incomes have lower out-of-pocket costs. Some provisions in these bills will go further by helping people who are struggling with medical debt.

While these bills will help families and individuals avoid getting into medical debt, they don’t address every aspect of this complex problem. That’s where states come in. Some states have already taken action to ensure that low-income, uninsured or underinsured Americans are charged fair prices for their care, do not face high interest charges when they cannot afford to pay their medical bills immediately, and are protected from aggressive debt collection practices

Families USA has just issued a report which begins to address the various state efforts to curb the dire impacts medical debt has on people who are addressing illnesses. For more information about the Families USA report follow the link attached here: http://www.familiesusa.org/resources/resources-for-consumers/coping-with-medical-debt.html

There are also some wonderful videos of actually patients sharing their stories–fabulous idea. Take advantage of the great and easy-to-read publications that HFA offers; write today and start receiving. Remember, they are working hard for all of us, and for your child’s future!

I am a huge polar explorer fan, and love to read every book I can about the subject, particularly the South Pole. This book pays tribute to the men who were the second half of Ernest Shackleton’s famed Imperial TransAntarctic Expedition of 1914. All of the attention has been put on Shackleton’s seemingly miraculous stamina, leadership skills and story as he saved all his men from near disaster in perhaps the greatest survival story every told. But while leadership books boast that not one died under his watch, this was not entirely true. On the other side of the Antarctic was the Aurora and its crew, set to lay out the numerous depots of food that Shackleton would need as he traversed the Antarctic on foot–a feat he did not accomplish. This book tells in riveting detail their story. Like Shackleton, the group lost their ship and supplies, and they suffered horribly. Only they never got the recognition for their heroic sacrifices. Fabulous storytelling by Bickel who also wrote Mawson’s Will, about the legendary Australian geologist and explorer, and teammate of Shackleton. I read this book in two nights! Four stars.