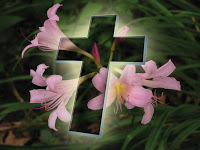 For this important holiday, I’m wishing all my Christian colleagues, friends and family a very happy and blessed Easter! 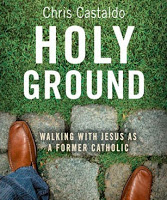 This is a great book to read at Easter. First time author Chris Castaldo, Director of the Ministry of Gospel Renewal for the Billy Graham Center at Wheaton College, has written a witty, practical and down-to-earth book that simultaneously explains the differences between the Protestant and Catholic faiths, while also providing a bridge to help each side understand and appreciate one another better. Targeted primarily for Evangelicals who wish to convert Catholics, but speaking to anyone wishing to deepen their understanding, Chris offers sage advice for why previous conversion tactics may not have worked, and how Evangicals can conduct themselves to present their faith more clearly. Chris points out two main differences between the faiths, the direct authenticity of the Bible as the Word of God, and grace versus guilt. As the title states Chris himself was raised Catholic and later became Protestant, so offers both perspectives in this stimulating book. Chris also happens to be the father of a child with hemophilia, and mentions the role that faith plays in his life in dealing with his son’s diagnosis.

I know this well, because Chris and I met just 11 days after his son was born, and have been friends ever since. So yes, my book review is a slight bit biased! I loved it. I found this book a marvelous bridge between two faiths that may have more in common than they think. With the world afire with religious wars of words, in US politics and overseas, it’s refreshing and downright hopeful that such a book comes along. Well done, Chris! Four/five stars.