Did the Vampire Myth Come from a Bleeding Disorder?

Let’s keep going with our vampire and bleeding disorder theme for Halloween!

My friend and colleague Richard Atwood of North Carolina found this novel for us.

Kate Neuman, 38, was raised in Boston and is a Harvard-trained, divorced hematologist at the Centers for Disease Control branch in Boulder, Colorado. Kate’s been a specialist in blood diseases for 15 years and is one of 15 top hematologists in the Western hemisphere!

In May 1991, Kate is sent on a 6-week UNICEF and CDC International Relief Fund mission in Romania to investigate the orphan situation involving 200,000 babies, especially AIDS babies, and the adoption circus of gypsy babies being sold for, and then bought by, American parents. With the help of Father Mike O’Rourke, an American priest with a prosthetic leg, and Lucian Forsea, a Romanian medical student and translator, Kate focuses on Unidentified Juvenile Patient #2613, an abandoned, 7-month-old, nameless boy with an immune system disorder treated with whole blood transfusions.

Kate adopts the boy, names him Joshua, and brings him home to Colorado. Joshua, who responds to regular whole blood transfusions, undergoes MRI and CT exams showing a small appendix or abscess – a shadow organ – in the wall of his stomach that seems to absorb blood. Kate’s investigations show that Joshua has a critical shortage of adenosine deaminase (or ADA deficiency, a genetic failure on chromosome 20) that can be treated with PEG-ADA, a synthetic enzyme.

Kate presents at a CDC meeting her findings that a SCID (severe combined immunodeficiency) child, such as Joshua, can achieve an auto-immunological reconstruction with blood transfusion.

She concludes that this genetic mutation, which she calls the J-virus mutation, is the basis for the vampire myth.

Kate speculates that members of a family would have to ingest blood to survive, and that due to secrecy and inbreeding “the recessive-recessive traits would have been more frequent as a result, much as with the hemophilia which plagued the royal houses of Europe.”  Bypassing official approval, Kate injects Joshua with an artificial hemoglobin derived by genetic engineering that is as effective as whole blood.

Then in September, five intruders kidnap Joshua, injure Kate, and kill Tom, their nanny, and an AIDS researcher, plus burn her home and the CDC labs. Once recovered, Kate takes $18,000 in cash to Romania, and enlists the aid of Lucian and O’Rourke to recover her adopted son.

They learn that Joshua is actually the next “Prince of the Voivoda Strigoi,” or the heir apparent to the Father, also called Vlad Tepes, or Dracula. The strigoi disease is similar to the HIV virus, or what Kate calls the J-virus, a retrovirus that binds gp120 glycoprotein to CD4 receptors in T-helper lymphocytes. While desperately traveling around Romania trying to rescue Joshua before the child takes the Sacrament, or drinks human blood, Kate falls in love with O’Rourke, and is captured and then escapes from the strigoi. Then Lucian is killed. Kate arrives at Castle Dracula, or Poienari Citadel, before Joshua drinks human blood and the castle is set to explode. Just in time, Kate rescues Joshua, while O’Rourke steals a helicopter to ensure their safe escape.

Yet the aged Dracula, who injects himself with Kate’s hemoglobin substitute for rejuvenation, escapes as a giant bat to run his biotech firms in America!

This thriller novel delves into a complex medical explanation for a rare blood disease, one that causes vampirism. The vampires are called strigoi. The reference to hemophilia is not needed for the explanation of the J-virus. Kate risks her life, against huge odds, to retrieve her adoptive son, with a dangerous quest through Romania mountains, which adds more violence and excitement, even brief romance, to the novel.

This proves what a hematologist from Colorado can do!

Here are more books about hemophilia for younger readers. In the August issue of PEN, we surveyed books with fictional main and supporting characters who happen to have hemophilia. Other literary genres, such as biography, time-travel fantasy, as well as some unexpected references, also include hemophilia. Something for everyone.

Follow your curiosity by exploring different genres of literature for younger readers. I suggest the following books for your enjoyment and learning. 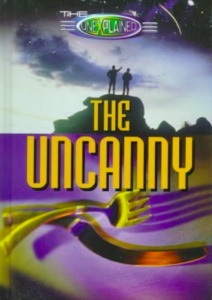 The Unexplained series of children’s books for young adults includes this story of how Rasputin, or the Mad Monk, used his powers to heal a joint bleed that Alexei Romanov, son of the Russian tsar, experienced because of his hemophilia in 1907. The text teases the reader, but doesn’t supply enough information on the full story of Rasputin.

Though this children’s biography is based on documented facts, it could also be considered a spy novel. In 1913, Arthur Ransome, a writer of children’s books, leaves his family behind in England to become a newspaper correspondent in St. Petersburg. There he learns of Alexei, who has hemophilia, and of Rasputin with his healing powers. Ransome marries the private secretary of Leon Trotsky (1879–1940; a leader of the Russian Communist Party after the 1917 Bolshevik Revolution), becomes a British agent, and returns to England in 1942 to write more children’s books. 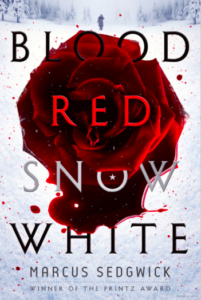 These 10 profiles of germs are written for young readers as poetry, with catchy rhymes accompanied by dynamic illustrations and photographs. The story of HIV mentions the fictional Bill, a second grader with hemophilia. The references to hemophilia and AIDS seem dated, but readers may not notice.

In this biography for young readers, with accompanying family photographs, Lyanne tells the story of her older brother, Patrick Fortin (1978–2001), who had hemophilia and AIDS in Canada. Patrick’s wish was a cure for AIDS, and before her brother died, Lyanne promised to tell Patrick’s story. 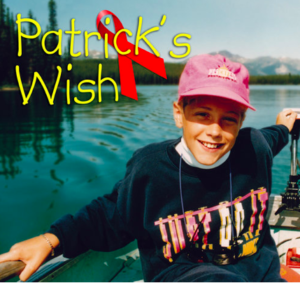 This young adult biography summarizes the accomplishments of Ryan White (1971–1990), who became a national celebrity because he had both hemophilia and HIV. Ryan wanted to continue attending school in Indiana even with serious medical conditions. Taking advantage of all the publicity, Ryan became a spokesperson for AIDS education. Unfortunately, while hemophilia was controlled, AIDS was deadly. This book helps us remember Ryan. 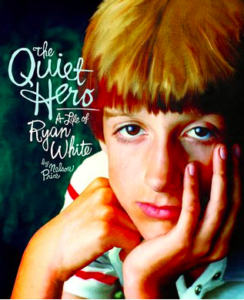 Travel through the space-time continuum is a popular topic for young readers.

The Curse of the Romanovs (Margaret K. McElderry, 2007)

Alexei Nikolaevich Romanov, 12-year-old son of the Russian tsar, has hemophilia. He uses visualization techniques taught by Rasputin to save his own life by escaping Russia in 1918. Alexei travels through time and space to New York City in 2010. There he meets Varda Ethel Rosenberg, his 15-year-old distant cousin 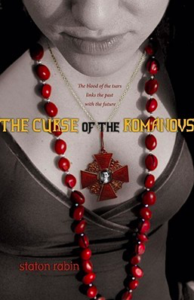 whose father with hemophilia died of AIDS. Varda saves Alexei by traveling back to St. Petersburg in 1918. Ages 12 and up.

Secrets of the Survivors (Xlibris, 2008)

This young adult fantasy novel, written by an author with von Willebrand disease, tells the story of 10-year-old Alex Hidalgo and his younger sister Katherine, from Philadelphia. The siblings are contacted by survivors of an intelligent ancient reptilian civilization from 65 million years ago. In their struggle to save planet Earth, Alex and his sister enlist three other classmates, one of whom has hemophilia.

The Queen Must Die: Chronicles of the Tempus (Atlantic, 2010)

The author admits that she “tinkered” with the facts in this children’s novel, part of a trilogy that involves travel through time and space. Katie Berger-Jones falls asleep in New York City while reading the letters of Queen Victoria’s daughters, and then wakes up in Buckingham Palace in London, 1851. There Katie meets Prince Leopold, who has hemophilia, before she struggles to return home on the same day she left. Leopold was actually born in 1853.

This storybook comic features five Medikidz who live on the planet Mediland. When Louis, on Earth, is mocked by his friends for having hemophilia, the Medikidz teleport him to their planet. Once he discovers his potential, Louis returns to Earth knowing how to properly treat his hemophilia.

This science fiction novel tells the story of 13-year-old Jonah Sizemore and his younger sister Katherine, from Ohio, who help rescue 36 famous missing children from the past. These missing children, now using aliases, include Anastasia Romanova and Alexei Romanov, who has hemophilia. With the aid of a time-travel device, the children attempt to alter history by traveling back to Russia in 1918. Ages 8–12.

Authors of fiction for young readers may refer to hemophilia in unexpected ways.

This young adult novel follows 15-year-old Davey Wexler when she moves with her family to Las Alamos, New Mexico. At her new school, Davey views a film on hemophilia, but she already knows about hemophilia because she read Nicholas and Alexandra in eighth grade.

In this young adult novel, Richard Perry graduates from high school in Harlem, New York, and enlists in the army in 1967. Richard declines a bonding ritual of mixing blood with other black soldiers by claiming to have hemophilia. Another soldier notes that hemophilia is a medical deferment from military service.

Included in a series on gay family life, John William Heden is age 12 in 1989. He moves with his single, lesbian mother to Malibu, California. Searching for his father, supposedly a gay Olympic track medalist who donated his sperm before he died, John William meets Michael, who is conducting research at UCLA on inherited blood diseases like hemophilia. 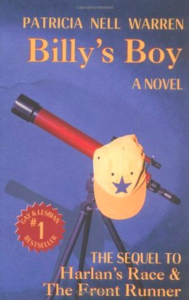 In this coming-of-age novel for young adults, 17-year-old Alexander Harling, from London, responds to a rude comment about his mother. Alexander beats up the guilty classmate, who bleeds so much that Alexander thinks the boy is hemophilic and needs a transfusion.

The Healing Time of Hickeys (Polestar/Raincoast, 2003)

In this teen novel written as a diary, Haley Andromeda Harmony is a 16-year-old Canadian high school senior in 2002. Because she’s a hypochondriac, Haley searches internet sites for a definition of hemophilia. When she skins her knuckles, Haley then believes she is bleeding to death due to her supposed hemophilia.

As part of a fiction trilogy for young readers, this novel follows 16-year-old Gaia Stone, who lives in a divided country and trains as a midwife in the year 2409. Gaia learns about the health problems of dying children and infertile mothers due to inbreeding in the privileged city. The biggest concern is an increasing number of children with hemophilia. Sadly, hemophilia is not cured in the future.

In this young adult thriller, 14-year-old Celia Frost is born with a rare blood-clotting disorder for which there is no treatment—or so her overprotective mother claims. When a classmate cuts Celia, she goes to the local hospital. Her mother refuses to allow any blood tests. After arguing with her mother, Celia learns the truth: her mother abducted her from a research laboratory, where as a child, Celia had

been experimentally injected with live viruses. To prevent the spreading of the viruses, her mother employed what is now called Munchausen Syndrome by proxy,1 imposing a fake medical diagnosis on a child. Meanwhile, the research doctor tries to capture his escaped research subject, putting Celia’s life in danger. You can find hemophilia included in a wide variety of literary genres. Literature meant for younger readers can be enjoyed by all ages, including adults. Find something you and your child like, pick up a book, and read.