Grey skies and a chilly breeze couldn’t dampen the spirits of those attending the 20th anniversary meeting of Hemophilia Federation of America in Tampa, Florida this past week. A record number attended, estimated between 600-900, from all parts of the US. Zoraida and I arrived on Wednesday, a day early, to meet with some of our colleagues, for this is a prime meeting for business networking, fundraising and brainstorming.

Central to the meeting, like its heart beat, was the History Room. This stunning display of our past 70 years in all its pain and triumph, was a somber reminder of how far we have come in the war against bleeding, and the sacrifices of our fallen. Following a poster timeline, in which each era was clearly defined, led to the room, where dozens of resources were provided (hey, including my own stuff), a community poster board with hundreds of photos, and the Ryan White section from the AIDS Quilt. Kudos to Rich Pezzillo, Ray Datolli and Barry Haarde (and their helpers) who masterfully compiled with painstaking detail this amazing tribute to our community, to our fallen.

Symposia included a variety of topics. One on advocacy and the ACA, called Making Advocacy Personal, featured Jim Romano of PSI and Wendy Owen who answered a slew of questions on advocacy and health care policy. Another on just inhibitors, a new feature at HFA–my only concern was that is was closed only to families with inhibitors. Huh? Everyone could benefit from attending, as there will be families this year who will develop inhibitors, and there are those of us who help educate them. (Anyone want to explain that policy to me?***)

A Baxter-sponsored dinner Friday night provided talks from two young men with hemophilia who shared their stories of growing up feeling different, and who now are talking life by the horns–very inspirational!

After that dinner, at 9 pm, I attended the Committee of Ten Thousand (COTT) meeting, led by the legendary Corey Dubin. We discussed the Living Memorial, a gorgeous “Vietnam Wall” style, stone memorial, to be placed in San Francisco, with the names of all who died of hemophilia/HIV inscribed on it. The artist’s rendition is spectacular, and prompted Jane Cavanaugh Smith, executive director of the Coluburn-Keenan Foundation to donate $10,000! And to pledge matching donations up to $50,000! Nathan and Sonji Wilkes, parents of Thomas, who has hemophilia and inhibitors, immediately pledged $1,000. Corey was touched and grateful, and we all look forward to learning more about the Memorial’s fundraising and financing so we can begin to help fund this, and at long last, close the wound in our community while the survivors are still with us.

The final night was a wonderful buffet dinner sponsored by Biogen Idec, complete with games for the kids and dancing. And what timing. That very day it was announced on the newswires that Alprolix, Biogen Idec’s long-lasting recombinant factor IX, was approved for sale by the US FDA!

So in addition to congratulating HFA on 20 years of service, Biogen Idec also announced to the crowd the news about this game-changing drug. And don’t forget there are many other drugs in the pipeline coming on line soon from many of the manufacturers….

It’s going to be an interesting year, folks.
Thanks to Kimberly Haugstad and her team for a fabulous meeting!

*** Policy explained, April 1 from HFA: “We closed it because inhibitor families asked for it to be closed.” 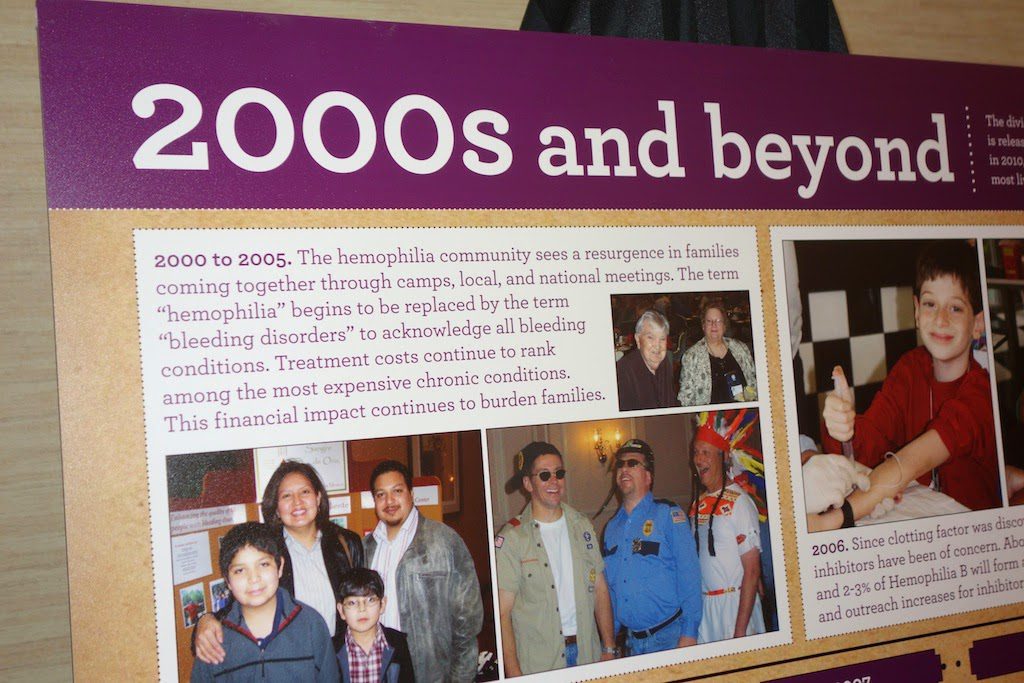 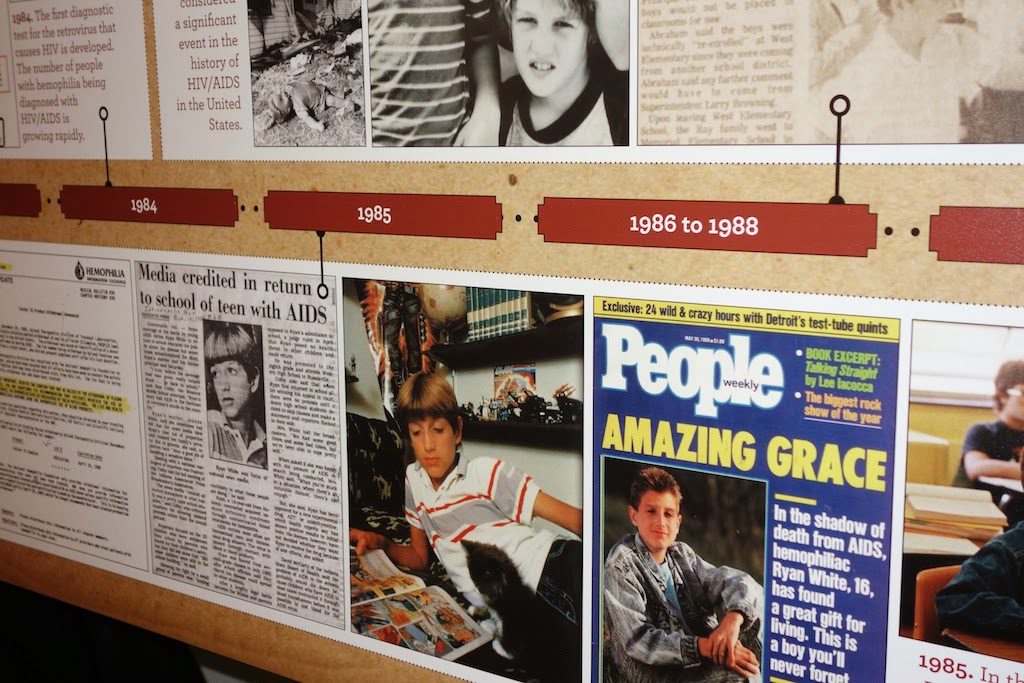 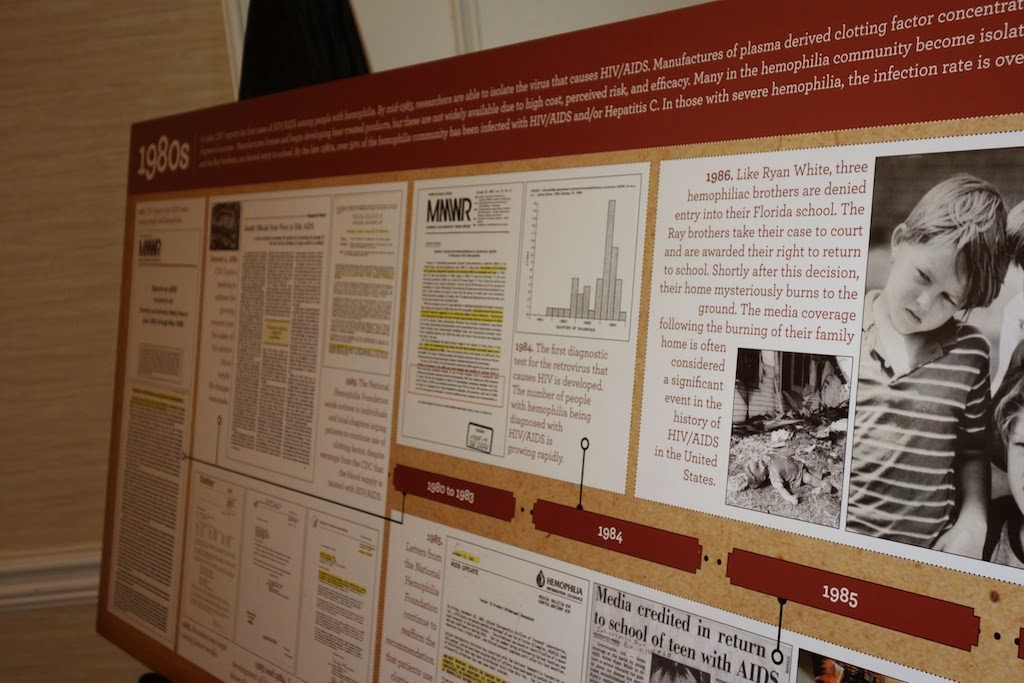 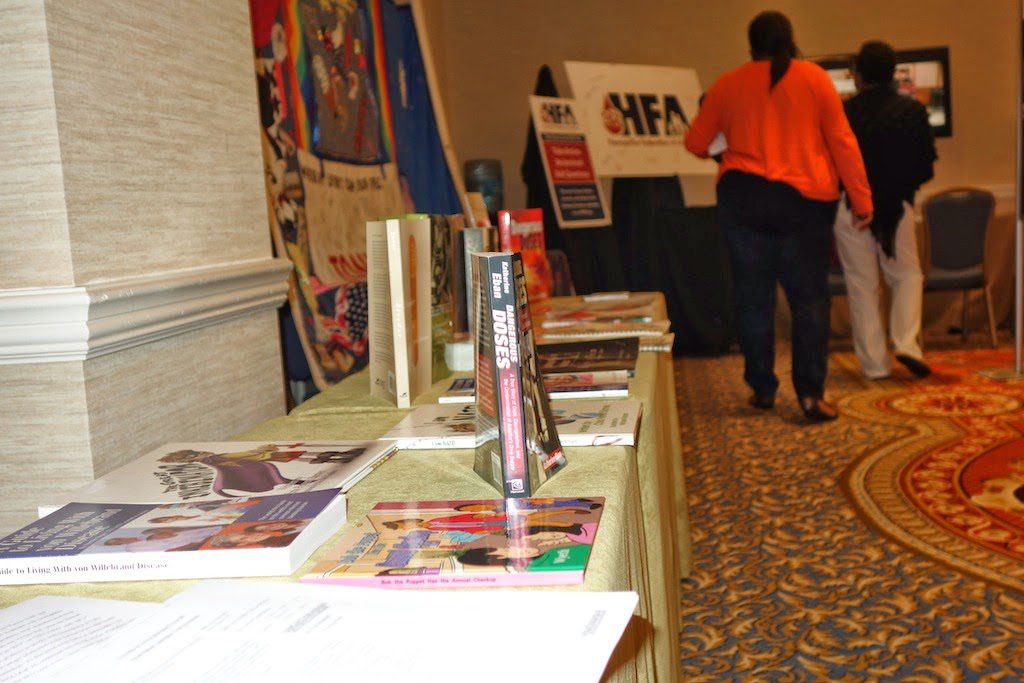 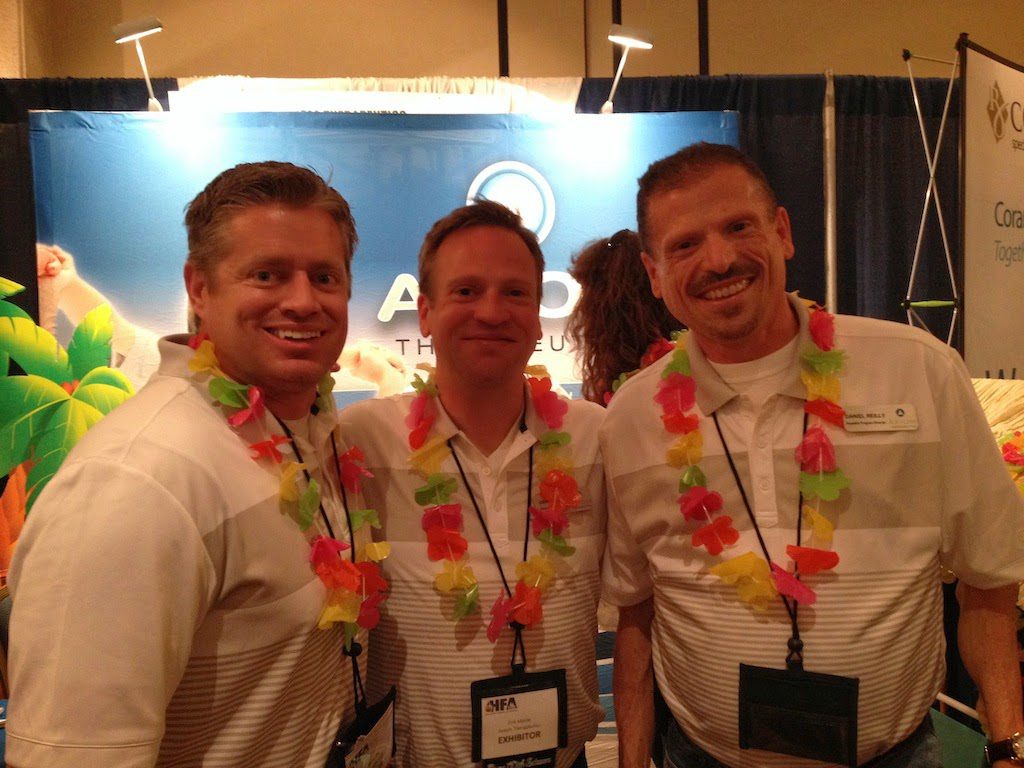