Waiting for the Sun(shine Act) 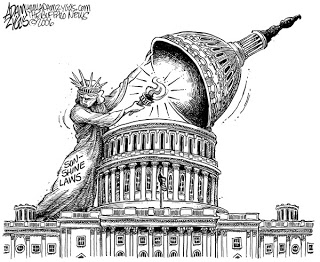 Yeah, that’s sort of the name of a Doors song. Like I tell my friends, it’s always about the Doors. Just read the book review below.

But this blog, actually, is not about Jim Morrison, but about your hematologist (unless he is named Jim Morrison). He or she will have a new gig in 2014.
Doctors, like your hematologist, will soon have to
disclose gifts and payments they receive from pharmaceutical companies. Under the Sunshine Act, a provision of the Affordable Care Act, pharmaceutical and medical-device companies will have to report almost every financial transaction they have with doctors, whether paid research consultation, paid speeches, or even having dinner with them.
That information will then be published on a searchable, public website as of September 2014. Why?
Many of our hematologists receive income from consulting and speaking fees from factor manufacturers. Now, this is normal. The hematologists and treatment centers carry out valuable research, on inhibitor formation, new products and joint disease. This is often funded by factor manufacturers. And the Sunshine Act is not trying to stop that. In one brochure, it says:

“There are many interactions between physicians and manufacturers of drugs, medical devices, and medical supplies that benefit patients and advance the art and science of medicine. The Sunshine Act transparency reports provide patients and the public with information on the financial interactions of physicians and industry. These interactions often drive innovation, discovery and changes in medical practice that may promote better patient outcomes. The congressional sponsors of the Affordable Care Act (ACA) reporting provisions have stated that this process is not designed to stop, chill, or call into question beneficial interactions between physicians and industry, but to ensure that they are transparent.”

I think we can read between some lines. If you receive a large sum of money from a particular manufacturer, and you have the ability to write prescriptions, might you be a little bit biased in wanting to prescribe that manufacturer’s products?
I don’t think that question has ever been studied or answered, at least in hemophilia. Maybe the answer is no! Never! Great. But… until we have such data, there is always the possibility that there could be prescribing bias. And in hemophilia especially, we have always guarded the patient’s right and ability to have choice of product. I mean, I have devoted the last 23 years to that subject.
So the Sunshine Act is here to ensure Pharma doesn’t get carried away in generously funding research and educational symposia to the point where it is inadvertently influencing physicians, and that physicians keep track of how much they are earning and receiving from whom. Makes sense.
And physicians will have the right to review their reports and challenge reports that are false, inaccurate or misleading. It’s all for our good, the patient, the consumer, the money-generator. Another good thing to come out of the ACA.
Great Book I Just Read 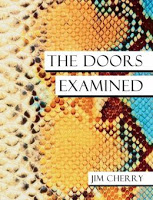 The Doors Examined
by Jim Cherry
Cherry was a writer for The Examiner and in this superbly crafted book, reports the well known stories and scores of not so well known tidbits and facts about the Doors, the iconic rock band from the 60s. You will learn not only new things about the Doors, but connections to other songs, singers, rock bands and record companies that are fascinating. The book deftly networks the albums, songs and band members with their times, which were explosive. He delves deeply into Jim Morrison’s psyche and writes about how his poetry fueled the Doors’ lyrics and his antics on stage. And not just the Doors in the 60s, Cherry traces the Doors’ cultural influence all through later years, into film, art, TV, poetry and music. A Doors concert in which a fan was hit with a chair became Pete Townsend’s (The Who) inspiration for a scene in Tommy, “Sally Simpson.” Iggy Pop and Patti Smith each watched Morrison on stage and decided then and there to become stars. Cherry even covers the grave at Pere Lachaise Cemetary and Morrison ghost sightings, and Doors tours in Venice, California (sign me up). The writing is concise and firm, but the chapters do jump around chronologically and sometimes get redundant. Still, a totally fascinating and well written book about a ground breaking band, which in 6 years left a permanent influence on music and our culture. Speaking of being biased (above), I am just a little when it comes to the Doors! Four/five stars.