Soul of a New Machine 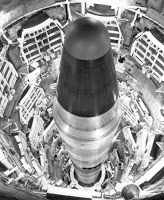 My friend and colleague, Richard Atwood, is somehow always able to muster up some amazing research on hemophilia. Here’s one I bet you never heard of…. “Space AHF: A Treatment of Hemophilia.”

Richard writes: “In 1981, Frank Schnabel, President of the World Federation of Hemophilia in Montreal, Quebec, Canada, reported on a letter sent by Dr. Weiss at McDonnell-Douglas. The company had developed facilities to reproduce certain medicines in space that could not be perfectly produced on earth. The space environment was characterized by weightlessness, vacuum, isolation, and almost no thermal convection.

“McDonnell-Douglas conducted a feasibility study exploring the potential production in space of anti-hemophilic factor VIII. Blood products could be improved by removal of noxious contaminates using electrophoresis (CFE). The space electrophoresis process allowed continuous purification and collection of plasma proteins, thus reducing total blood needs and increasing quantities of biological materials available for treatment. The extraneous protein in commercially available AHF could be removed and the amount of AHF processed in space was not limited as it was at ground level. The electrophoresis hardware was scheduled to be tested on a shuttle Spacelab flight in early 1983.”

Well, that was then, this is now. We have terrific products that help our hemophilia patients stop bleeding instantly. Back in 1981, there were a limited number of products, no recombinant, and of course, a deadly virus about to strike.

I just visited last week the Titan II Missile Museum, and had a close-up look at the very last Titan missile (minus the nuclear warhead) in its silo, which got me thinking about all things space. We have exciting new hemophilia products coming down the road, and it’s unlikely any will be produced in space!

This was a great compliment after having just read Steve Jobs. In 1978, super and mini-computers were the mainstay of the aerospace and defense industry; there was no such thing as a “personal computer” (microcomputer) or laptop. This book, for which author Tracy Kidder won a Pulitzer Prize, chronicles, like a great novel, the development of a 32-bit mini-computer Eclipse, that would be the fastest on the market. With the gruff and brittle Tom West at the helm of an almost secret Data General crew working on a project code-named “Eagle,” this is an insider’s look at project development, the birth of a new computer. You feel the tension, the sacrifices, the work ethic; it is agonizing. This is back when high-tech workers could say “I’m not in it for the money,” and would freely work 80-hour weeks, so devoted to their craft are they. The section where the team is debugging the computer takes you through their seemingly endless nights—and nightmares. The book is dated for sure, and goes into more detail than you could ever want about how computers work, but it truly is fascinating! How far we have come. You watch as these men almost self-destruct in their heroic efforts, and now we take for granted the ease and simplicity of our laptops and wireless creations. This all takes place in Westborough, Mass., a place I know well, as I worked not far from it in the mid-1980s. Tom West, the enigmatic project leader, just died in May 2011, and though he was reclusive, is immortalized in this gripping book. Four/five stars.