How much does your factor cost? 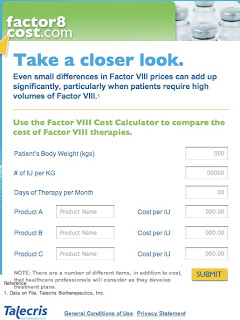 From the day I entered the hemophilia world and started my company, I have always asked my audiences and readers: how much does your factor cost?

Most parents and patients have no idea.

Here is an interesting way to get you to think about it. Go to www.factor8cost.com and fill in the blanks. If you don’t know what the price per unit of your factor is, you are not on top of your game! Call your home care company, HTC or wherever you get your factor from and find out. Then fill in the blanks on this website, and you will see how different products measure up.

This site is sponsored by Talecris, which produces Koate DVI, a plasma-derived factor VIII product. You can read our August edition of PEN (available through our web site to download free) to read about the differences between plasma-derived and recombinant.

Give it a try! If you have a lifetime cap (and if you don’t know that then you are really in trouble!), you need to know how much you pay per unit, and how much factor you use per month. Know your numbers– it’s the most basic thing you must know and need to know. 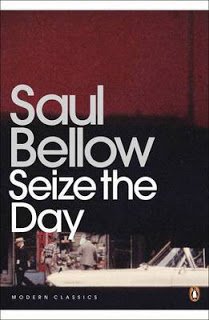 Tommy Wilhelm is badly in need of a Tony Robbins firewalk and Date With Destiny seminar. This is the story of one day in the life of a middle-age man who is lost in his own repetitive thinking, obsessing over all the wrongs done to him, unable to break free from the tyranny of his own negative thoughts. A short 117 pages, this book is a fascinating psychological study of how we let our mind overrun us and mislead us. Tommy is unemployed (by choice), separated (by choice) and broke (pretty much by choice). Yet he blames everyone for his misfortune, and begs repeatedly and sadly from his successful and emotionally unavailable father for help. Prone to gamble on the stock market, he is always looking for the next big break, instead of squarely facing his problems rationally and with a plan. Bellow leaves the ending open to interpretation, with a final scene that is moving and mysterious. Four stars. 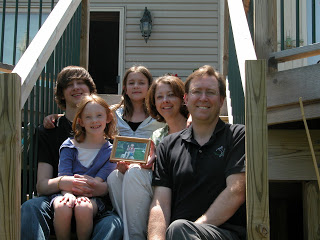 Imagine your little boy with hemophilia abandoned, left in an orphanage, with no factor. It seems impossible, inhuman. You can only imagine the depths of despair or fear that cause parents to abandon their child.

Lu Feng, age 8, was abandoned when his parents learned he had hemophilia. In China, families are permitted only one child. This doesn’t stop parents from abandoning one if it is not desirable. Girls get abandoned, and so do physically defective children, especially when there is no treatment for him. Lu Feng has been in an orphanage most of his young life.

We were contacted by the adoption agency: would anyone in the hemophilia community be interested? We sent out an email in March, and within one week we had serious replies. Eventually, one family was selected … the Luckeys of Michigan. Their son Jay has hemophilia and an inhibitor. I met Dave and Shari a few years ago at a consumer meeting. Nice people: intelligent, warm, educated and informed.

I was thrilled to hear they had been selected! But big barriers remained. Step 1, we had to get factor to Lu Feng, to keep him healthy until he made it “home,” to America. That was easily done. We have excellent contacts in China from our humanitarian work there. Delin Kong, person with hemophilia and one of the founders of the Hemophilia Home of China, immediately got in touch with the orphanages and doctors, and we had the shipment approved.

Step 2: raise money. The Luckeys used every bit of their life savings, $13,000, to put towards the adoption. But the expenses required at least $10,000 more dollars, a fortune for them. The adoption agency created an Active.com page, and we offered to alert the entire community from our database, over 3,000 US families with hemophilia. Within five minutes we had money coming in. Within hours, thousands. Within 30 hours, we had raised over $15,000.

Clearly, there is something about saving the life of one child that is compelling. And the US hemophilia community cares deeply about children with hemophilia in developing countries.

Lu Feng has a family, at long last. His new brother and sisters are waiting to meet him in Michigan. The Luckeys were overwhelmed by the outpouring they experienced. Dave says, “I can truly say that I am humbled by the generosity. We had been worried about how we would finance the remainder and were going to have to use our home equity line of credit. Obviously that was making us fairly nervous. I wish I had words to express our gratitude but I can honestly say there are none that would justly convey the emotion.”

Thanks to everyone who donated! You have helped to completely change the life of one little boy, who, left parentless in China, faced certain early death. He now has a shot at life, and in America! But above all, thanks to Dave and Shari for opening their hearts and home and lives to welcome Lu Feng.

Even Cats Get Hemophilia, And This One Needs a Home

I have helped in the adoption of two boys with hemophilia, one from Bulgaria and one from Viet Nam, but never thought I’d help in a cat adoption. I was surprised to read that a stray, domestic short hair cat in Connecticut has hemophilia A–factor VIII deficiency. His name is Spinelli, a male, age 2, and he is available for adoption.

Yes, pets can suffer from hemophilia, just like humans. It’s manifested much like in humans, with prolonged bleeding, bruising and limping. Spinelli spends his day at the Winchester Veterinary Group, where he is up for adoption. The staff noticed he would occasionally become lame and show visible bumps. They ran tests, suspecting a blood disorder. Now, in order to be adopted, Spinelli had to be neutered. This, I am sure, brings back memories for many parents of when they learned their child had hemophilia–from circumcision. Luckily, everyone knew about Spinelli, and he received cryoprecipitate and had his operation. He is now ready for adoption.

I called the practice and am waiting to hear back from them on Spinelli’s status. Could he use human factor VIII concentrate? Who will adopt a cat with this disorder?

If you are interested in adopting Spinelli, please contact the Winchester Veterinary Group at 781-721-0707, in Connecticut. I know we have a lot of animal lovers out there!

Photo: Spinelli, age 2, who has hemophilia

The Hemophiliac Who Got High

Not that kind of high, but really high, like Mt. Ranier high. Jeff Salantai, who has hemophilia, and Eric Hill, president and founder of BioRx, a home care company, undertook the grueling challenge of climbing Mt. Rainier, in order to raise funds for two nonprofits—one of them mine!

Mt. Rainier is the tallest glaciated mountain in the lower 49 states–only Alaska has one higher. It is located just outside of Ashford, Washington. Jeff is an account manager for BioRx and lives in Austin, Texas. Eric writes, “After more than 7 months of training and preparation, we attempted to summit the mountain the second week of August. We received tons of thoughts and prayers from many of you and we just wanted to say thank you to everyone who called or wrote wishing us luck. We summited the mountain at 7:20 am on Saturday, August 15, at 14,410 feet….so wiped out we could barely function (only to realize we had about 7 more hours of continuous trekking to get back down) but we did it.” (photo: Jeff Salantai)

Most amazingly, is that Eric has pledged to match funds with anyone who wants to donate for their climb, for Save One Life, my nonprofit that sponsors over 500 children with hemophilia in developing countries.

Both men agreed that this is was the hardest thing they’ve ever done. Eric writes, “I’ve run a marathon, done 4 more 23 mile runs, completed 5 Olympic length triathlons, climbed 2 other 14 ft mountains (no glaciers) and raced in 100k road bike races. Jeff likewise has done some pretty spectacular physical challenges like climbing the second and third largest mountains in the US, rock climbed some amazing cliffs, and has competed in 100 mile bike races on a routine basis. We both agreed that they all paled in comparison to the effort and mental trial of this experience.”

Incredibly, they are “99% sure” that Jeff is the first person living with hemophilia to summit Mt. Rainier. Jeff may now hold the record for the highest summit in the world by someone with hemophilia.

If you’d like to honor their efforts, and make a contribution, which they will match, to my nonprofit Save One Life, please go to:

and make any size donation. We need funds desperately for our work in Africa. I am visiting countries that no one in the hemophilia community has visited before and we are hoping to do outreach to find the people with hemophilia, who are as yet unidentified and suffering in silence. Please help, and show your support for the tremendous and risky fundraiser that Eric and Jeff undertook. I have never heard of any fundraiser quite like theirs!

Jeff and Eric write, “Thanks to everyone for everything you’ve done and the support you’ve provided to both of us.”

Congratulations to Jeff and Eric, two courageous and determined men with hearts of gold.