Aloha Pulse on the Road!

It’s appropriate to start off Pulse on the Road in 2012 near one of our nation’s most historical sites, Pearl Harbor, as the nation this past week holds historical debates on healthcare. But let’s not predict disaster!

Pulse on the Road welcomed 35 families of the newly founded Hawaiian Hemophilia Foundation, headed by Jennifer Chun, mother of five, including two sons with hemophilia. Jenn’s done a super job of bringing the community together to learn, support one another and network.

The day began with a presentation by Jennifer Dumont of Biogen Idec, sharing the different sciences behind long-acting factor and the various clinical studies by various companies. The race is on!

The Bayer Living With Hemophilia program was presented by Kim Shaeffer, nurse at University of Davis, California and covered all aspects of raising a child with hemophilia, including nutrition and dental care. 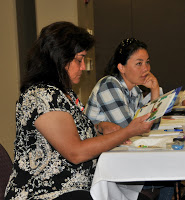 After lunch came Pulse on the Road, our three-hour insurance symposium. This POTR started with my historical look at healthcare in hemophilia, how the US healthcare system has treated us post HIV-era (good!) and how and why it has evolved to treat us as a generic chronic disorder–not good. Next, Michelle Rice, public policy director at NHF, shared ideas on how to compare and contrast healthcare plans with your insurer, using the NHF Insurance Toolkit. Last, Jim Romano of PSI concluded by reviewing what the Affordable Care Act is, and what Hawaii can expect from healthcare reform. 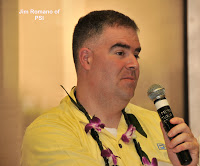 We had great audience interaction with a very informal format. In fact, so much of everything in Hawaii is informal and laid back–a really nice change of pace! 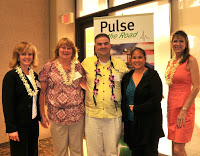 The weather was great and following yesterday’s program, Michelle, Zoraida and I today were able to see the number one attraction in Hawaii: Pearl Harbor. What an excellent and tastefully done museum, film and viewing of the Arizona. It was breathtaking and sobering. It makes you all at once feel proud to be an American, and we were respectfully silent, knowing that beneath our feet, submerged in the shallow waters lie the bodies of the sailors who perished so quickly that fateful day, December 7, 1941.

If you want to watch a great movie on Pearl Harbor, watch “Tora! Tora! Tora!”

And keep watching the news about the Supreme Court’s hearings on the Affordable Care Act; what is decided will affect us all for a long time to come.

(Thanks to Baxter for funding Pulse on the Road and to the Hawaiian Hemophilia Foundation for hosting it!)

Issac’s Storm by Erik Larson (Kindle edition)
Reading about the greatest natural disaster in the US seemed appropriate after seeing Pearl Harbor today. On September 8, 1900, the seaside city of Galveston, Texas was hit with the worst natural disaster that had yet ever hit the US, a colossal hurricane that muscled its way through the Caribbean Sea. Galveston was an up and coming town that wanted to rival New Orleans one day. Monitoring the weather was Issac Cline, a seasoned and educated veteran of the US weather service. But hubris also ruled; despite the many warnings in the sky and on the ground, most notably from the Cubans, the world’s weather experts whom the Americans dismissed as inferior, the storm rolled in with a devastation of Biblical proportions. This story, masterfully told, details the players, the average folks and families, and the hurricane itself in a suspenseful and heartbreaking tale. Over 6,000 men, women and children died that fateful day; Galveston never recovered, and when oil was discovered near Houston shortly afterward, Galveston became the playground of the Houston rich. Why this book has not made it to Hollywood is beyond me: it has everything needed for a blockbuster including Issac’s petty rivalry with his brother, also a weatherman, who rightly predicted the storm would be a killer. Four/five stars.