Blood: From Vitalism to Vampires

838
Halloween has passed, and though it’s fun to see our friends’
and family’s children dressed in costumes on Facebook, there are plenty of
“shock” photos circulating on the internet of dummies smeared with blood—one
even prompted a 911 distress call, so realistic was it. Halloween conjures up
images of Friday the 13th movie characters as well as vampires.
Our business in hemophilia is blood. Blood at once attracts and horrifies; it is the stuff of legends
and tales, myths and medicine. I recently read the classic Dracula [read the book review below] and was amused to read how Dr.
Van Helsing wanted to help the young Lucy, a victim of a vampire, by giving her
a transfusion of blood. “Is it you or me?” he asks Dr. John Steward, about who will roll up their sleeve to donate; Steward who
replies, “I am younger and stronger, Professor. It must be me.”
Steward offered his blood based on the concept of vitalism, that blood contains the traits
of the being in which it flowed—a concept that was unchallenged for fifteen
hundred years. Later in the book, Van Helsing says to Lucy’s fiancé Arthur, “John was to give
his blood, as he is the more young and strong than me…. But now you are here,
you are more good than us, old or young, who toil much in the world of thought.
Our nerves are not so calm and our blood so bright than yours!”
So Arthur becomes the better blood donor because he is calm and not scholarly! Of course, this is nonsense, but author Bram Stoker fell for the widespread belief in vitalism when he wrote his book. Dracula isn’t so picky; he pretty much would drink anyone’s blood.
Douglas Starr tells us in his book Blood that the Egyptians saw blood as the carrier of the vital
human spirit, and would bathe in it to restore themselves. Roman gladiators
were said to have drunk the blood of their opponents to ingest their strength. “Our
own culture attaches great value to blood, with the blood of Christ as among
the holiest sacraments, blood libel as the most insidious slander, the blood-drinking
vampire as the most odious demon.”*
Vampires… which are repelled by
garlic and crucifixes (the two seemingly have nothing to do with one another).
Yet rather than secure eternal spiritual life by consuming wine that has been
transformed into Christ’s blood during Christian mass, Dracula drinks human
blood to extend his physical life.
The only thing scarier than vampires is the
proliferation of teen movies about vampires!
*Starr, Douglas (2012-09-05). Blood: An Epic History of Medicine and Commerce (Kindle Locations
97-101). Knopf Doubleday Publishing Group.
Great Book I Just Read
Dracula  [Kindle] 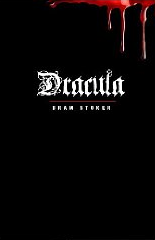 By Bram Stoker
I haven’t read this book since high school, and forgot how
wonderful and visionary it is. A classic, as it has spawned an entire genre of
books and movies. Jonathan Harker, a young English lawyer, is summoned to Castle
Dracula in Transylvania to finalize a real estate transaction with the eerie Count
Dracula, who is purchasing property in London. Harker is warned by local
peasants, who give him crucifixes and other charms against evil. As a guest,
Harker soon notices strange things: the Count has no reflection, is never
present in daylight, and scales the castle walls downward, like a lizard.
Unable to escape, Harker is soon a prisoner, until the Count reaches London,
with 50 boxes of earth. The novel is told only through letters and diary entries
of the main characters, including: Harker’s fiancée, Mina Murray; her friend
Lucy Westenra, who is bitten by Dracula and slowly turns into a vampire; Dr.
John Seward, Lucy’s doctor and once beau. Harker reappears in Budapest and eventually
returns to London. Dr. Van Helsing, an expert on vampires, is called in from
Holland to help save Lucy. Everyone realizes Dracula’s scheme to populate
London with the “Undead”—vampires. When Mina is bitten, and begins to turn into
a vampire, the men sterilize the boxes of earth, set about London. Dracula,
having no haven to stay when dawn comes, flees back to Transylvania, while the
men pursue him. This is a fantastic story, though the language is not lofty or
even that clever, with memorable characters, and cleverly told in letters and
diaries. Perfect Halloween reading. Five/five stars.