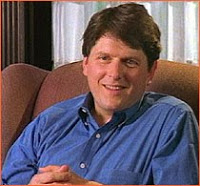 But it was their joint book Journey which sent shock waves to the world. For the first time, hemophilia was documented in all its detailed pathos. Both parents write in alternating chapters: he focusing on the scientific aspects mostly, she on the emotional aspects. It makes for a gut wrenching, blistering page-turner; a roller coaster of emotions at a time when there was no factor concentrate. The Massies were propelled to stardom following the release of Nicholas and Alexandra, which was later made into a movie. There were movie premiers, evenings with celebrities like Stephen Stills, Oscar de la Renta, and dinner at the White House.I was a huge fan of Robert K. Massie by age 25, even before my own child with hemophilia was born. Call it weird, fate or whatever, but there I was, in labor in the fall of 1987, reading Peter the Great while waiting for my child to be born. When my child was hospitalized later and the bleeding wouldn’t stop, I suddenly recalled my mother’s words from a few years ago, when she gave me the book as a Christmas gift: “The author writes about Russian history because his own son has hemophilia.”

Little did I know Bobby Massie lived only two miles from my house at the time, Through our treatment center nurse, I was introduced to someone whose whole family I admired. Bobby and I met, and I found him very down to earth, intelligent, and above all stoic. He was suffering from not only hemophilia, but HIV and hep C. I later became friends with his mother, who worked with me to help kids with hemophilia in Russia, something she had been doing for some time. Suzanne became such an expert on all things Russian, that President Ronald Regan relied on her as an advisor for Russian policy, and she welcomed him to Russia, to the Pavlosk Palace, which she had helped to renovate. Remarkable family!

Bobby is also well known in Massachusetts for running for public office: he made history in 1994 by becoming the first person in the US to have HIV to run for Lieutenant Governor. He ran with Mark Roosevelt, a descendant of Teddy Roosevelt. And now I just read over the weekend that Bobby has been cured of hemophilia. How? A liver transplant on July 10. If you never heard of this, factor VIII is produced in the liver. Transplanting a liver from someone without hemophilia will give you a liver that makes factor VIII. It’s only for life and death emergencies, though. The risks of it being rejected are too high, as are the risks of bleeding. Bobby needed it as his liver had been failing.And true to his family heritage, he did it while making history. In a 10 hour surgery, he received a liver from someone who was receiving a liver from someone else… at the same time! A side by side liver transplant. This is called Domino Surgery, and this was performed at Emory University in Georgia.We wish Bobby a good recovery! Journey, a marvelous book about hemophilia in the 80s and 70s, is out of print. There are limited copies available on Amazon, and eBay. It’s worth reading.

Book I am Reading The Shack by William Young.I bought this at an airport and though being a best seller, i’s just not my style, I guess;  I could not get past the first few chapters. I skimmed through later the plot thesis: little daughter is murdered while family is on vacation (murdered in the shack), father Mack loses his faith, father receives a letter from God one day asking Mack to have a chat with him in the shack. Mack, who had turned skeptic, blindly says “Ok, sure, because maybe the letter is from God” and so on. So I stopped there; I guess I will miss the unfolding plot about how God is an overweight Chinese woman, Jesus is a lumberjack and I don’t even know what character the Holy Spirit was… maybe the postman?

Dan Dick, ordained minister of The United Methodist Church, writes: “The Shack is a spiritual Twinkie – sugary sweet with little or no nutritional value. The fantasy tale is very unevenly told, but framed as a might-have-happened second-person narrative. The spiritually naïve and immature might find this to be a deeply satisfying treat. Without a sound theological basis or the application of even the most basic critical thinking skills, a reader might mistake this as more than just a fairy tale.”I won’t rate it given I didn’t read it it and will add that someone I know and respect very much read this, was moved about the message of forgiveness and subsequently reached out to a family member long lost and repaired a relationship. In that regard, this book has great value! It just wasn’t my spiritual cup of tea.