There’s no describing China adequately: it’s massive, it’s spectacular, it’s impressive, it’s ancient. I visited on holiday from November 1 to November 17 as part of a Viking Cruise, part of which took us all down the Yangtze River, to view the Three Gorges and the incredible Three Gorges Dam, the world’s largest power station. And everywhere we looked there is construction. Gigantic tower cranes dominate the skyline in all the cities we visited, like mechanical birds dipping down into a field of high-rise apartments that jut up and on forever like a field of metal grass. I’ve seen some things in my travels to over 3o developing countries, but nothing like this. As we all gazed at the endless rows of enormous apartments, stacked like a line of dominos, I felt like we were in a Blade Runner sequel. Each city stunned us more than the previous one.

China recently surpassed Japan as the world’s second largest economy. You can see economic activity everywhere; it is a country on the move. And yet, I found myself wondering about medical care for those with hemophilia. How does China care for its patients?

Because it was a vacation, after all, I didn’t research anything about hemophilia. But I did get a chance to visit a school, supported by Viking Cruises. It is beautiful and the children treated us to a lovely performance of acrobats and dancing with fans. When I asked our guide if there were any children with disabilities at the school, he quickly said no. Might there be some children allowed sometime in the near future? Not likely.

And despite all the construction, there are no handicapped facilities. People with handicaps are seen much as a burden, in other words, like in any developing country. I do know that due to the one child rule (recently changed to allow two children per family), parents who give birth to a child with hemophilia may be tempted to drop the child off at an orphanage. We’ve seen in the last 20 years many children coming from China with hemophilia, now being adopted into American homes. 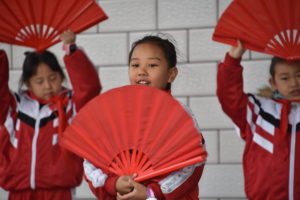 While I was in Shanghai, for the final days of the vacation, I contacted an old friend and colleague, Delin Kong. Delin contacted me back in the 1990s as he wanted to start China’s first patient organization. At the time, my company provided leadership training and supported patients like him in developing countries. We assisted, gave China its first funding for a hemophilia patient organization, and Delin and his team did the rest. We provided factor donations up until recently.

It turned out Delin lives only a few blocks from the Westin, so he visited on our final day. How good it was to see him after so many years! However, I noted his severely crippled joints. He had great difficulty walking. Luckily, he gets government assistance, and used to be a financial trader and did quite well for himself! But he is in pain.

I asked about hemophilia and was surprised to know that patients in China still do not have home therapy. For every bleed, they must go to the hospital, according to Delin. This is always a major problem in developing countries. No matter how much factor gets donated, patients will suffer long term if they cannot infuse as needed at home.

And a knee replacement? Delin is on a waiting list for 6 months or more. He has asked repeatedly, but is put off by the medical team. From not enough factor to not enough medical help, Delin, despite China’s economic   standing in the world, still suffers like others in worst off countries. My hope is that combined with patient advocacy, the national or provincial government may at long last meet the needs of its people with hemophilia. 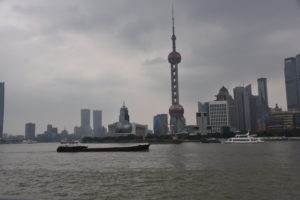 Visiting China opened my eyes to its beauty, history and aggressive growth, but medical care still lags, at least for those with hemophilia.