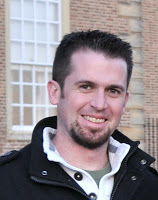 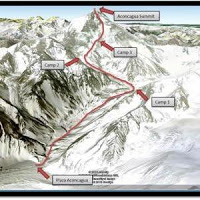 He climbed to raise awareness of hemophilia globally, and also to raise money for Save One Life, the international sponsorship nonprofit I founded in 2001. Chris also serves on our board of directors. He is an adventurer, outdoorsman, and just one of the nicest people you could ever meet. LA Kelley Communications was proud to support his climb.
He finished off his great adventure with a visit to the Argentina hemophilia society, a group I had met in 2003 when I visited. It is one of the oldest hemophilia organizations in the world.
Here are some of Chris’s postings from his blog, “Adventures of a Hemophiliac.” And look at the photos below to see Chris at the summit holding the photo of Brian, from Zimbabwe, a photo which drew deep responses from our fans on Facebook. We are trying to secure medical aid for Brian.
February
7, 2013
Half way there guys! Day 10 of the climb … Today
is a carry day for acclimatization for Camp 2 up to 17,800 feet! This trip
should take about 6 hours after which the night is spent back down at Camp 1.
So far the weather has been outstanding! The climb today was hovering right
around the mid-20’s with very little wind and a cloudless sunny day. Couldn’t
ask for better weather! After camp tonight, the crew will make the trek up to
Camp 2 again and sleep there. It’s predicted to be another perfectly sunny day,
with just a few snowflakes over night.
Rest day and camp one   32.6380S,69.9771W
We are reporting in from 5000m at camp one. We
tried to send a dispatch yesterday but had some technical issues so sorry about
that. Most of yesterday was spent relaxing, with a little bit of a poker tournament
in the dining tent.   We had a good climb up to camp one today and we are
lounging in the tents. It is very hot here right now as there is no wind at the
moment. To the east there are some clouds building in the wonderful blue sky.
Our plan is to do a carry to camp two tomorrow. We are excited to be up here
making our way higher into the awesome Andes Range.
Seems like everything is on
track and on schedule, so we can expect summit day to be within the expected range
of Saturday-Monday, Feb 9-11!
Camp Two   32.6301S,70.0014W
It has been quite a couple days since our last
dispatch. We moved up to camp two yesterday and it was just in time, as the
weather closed in and the snow began. The snowfall continued all night for the
most part. In fact the weather outlook for the next few days is off and on
snow, but if we get a clear windless morning we can push for the top. So
tonight we have one more day sleeping at 5500m and tomorrow morning we will
climb up to high camp at 6000m and be in position. We will update as soon as we
make the next move!
February 8 Summit Push is On!      32.6370S,70.0183W
We are in camp 3, Colera camp at 6000m, yoo-hoo. The plan is to go for
the summit in the morning. There is a lot of snow on the route, but we will
team up with several other groups to kick in a route, and hope the weather
stays stable long enough for us to sneak up there to the summit before predicted
strong winds begin in the upcoming days. Follow tomorrow for the news!!!
Sounds like we may have some news tomorrow about the summit!! Let’s hope
the crew gets some good rest tonight, and that the weather cooperates. The
forecast estimates a high of 0 degrees at the top, with a wind chill of -24°!!
Wind should be around 20 miles per hour with some snow showers.
February 9 Summit!
(From Jessica, Chris’s girlfriend) According to the
schedule, they allowed a few extra days for weather and acclimatization, and
I’m not sure if the first part of the guides’ post meant that they were going
to try to summit again the next day, or if they were going to post more
information the next day. Since they did have some extra days available in
their schedule, they may have stayed at Camp 3 an extra night to allow for a
second attempt at the summit. Either way they should have started their descend
by now, and will camp in Plaza de Mulas base camp the first night (13,780
feet). From the summit at 22,840 feet, that’s a 9,060 foot elevation change in
one day! The route to this camp is well traveled by many and should be an easy
path. After they reach Plaza de
Mulas, they will hike out the Horcones Valley to Pentitentes in a single day. Hopefully
we will know more soon!!
February 11: Quick Summit Update
Extremely sorry for the delay, the rest of the
summit update has not happened due to a number of reasons including, missing
charge cords, extreme wind, mudslides on the road back to Mendoza, and some
other interesting side notes. It was an awesome time up there. We had 9 out of
10 clients and guides summit on a great, only slightly windy day. Chris, David,
Benedicte, Gaute, Thomas, Alexander, and Rolf all summited with Ryan and Koky
on a cloudless summit. We are very ready for a steak and a beer, so good night
from Mendoza!
From Jessica:  Chris called this morning to let everyone know that he is
feeling great, albeit exhausted, and had a blast!! He can’t wait to share all
of his stories and pictures with his family and friends who so devotedly
followed him on this expedition!
February 12:  Fundación de la Hemofilia de la Argentina

Just visited with the wonderful people at Fundacion
de la Hemofilia de la Argentina! It was a wonderful experience exploring the
treatment center and learning about hemophilia in Argentina! I can’t wait to
get home tomorrow and share all of my stories and pictures!