At the airport, Masood Fareed Malik and his wife Sehar
were waiting outside in the cool, dry air. I first met Masood, now 35,  when he was 17! It
was great to be here again. I love Lahore, a wide city, more lush and dry than
Karachi, with a high population of 11 million. I first visited in 1999, when
the Pakistan Hemophilia Patient Welfare Society (PHPWS) was only two years old,
and the Lahore chapter was in its infancy.
On Friday, December 1 we went to the chapter office, which is
jam-packed with shelves, resources, refrigerators and people.  One room is an administration room, the other is the factor/infusion
room, which completely impressed me. It has a security camera mounted on the
wall. The seven fridges are broken down by purpose of the donation, including “NMO”
only (national member organization of the WFH, so this means donations from the
WFH and most likely, Eloctate and Alprolix); “prophy” (also from the Bioverativ
donation); “Other” (VWF and bypassing agents). Their on-line registry is better
than anything I’ve ever seen! This chapter is a model of management, efficiency
and transparency. And when I visited in 1999, the first thing I asked was what
their goals were. They had none, and no vision, no registry, nothing! Now—supermodel for the world.
See full gallery of Pakistan here.
Several patients were there to
get infusions; they are not charged money but are encouraged to donate
something to the chapter. They have over 650 registered patients, and their
leadership is outstanding. These young men—Faizan, Adil, Masood, Rauf,
Farooq—are exceptional! Adil was the young teen I visited back in 2007 at his
home; Patrick Schmidt, CEO of FFF Enterprises bought him a computer at my
request, and now he does data entry for the chapter among other things, is over
6 ft. tall, married with a baby!
Saturday December 2, 2017was a huge community event at the Children’s
Library in Lahore, sponsored by a grant from the Novo Nordisk Haemophilia
Foundation. As I got into the car, Masood pointed out Kashi, a young boy with a
sly smile, who was helping him. Masood told me that Kashi has never seen a
“gori” before—a white person. So, I acted a bit silly with him, got him smiling
and we took a selfie!
Many patients were already there
waiting. I like to make it a point to greet the audience, to break the ice, so
I walked about, shaking hands, smiling, saying assalam-u-alaikum to all the families. I noted that in general men
sat on the left, women on the right. 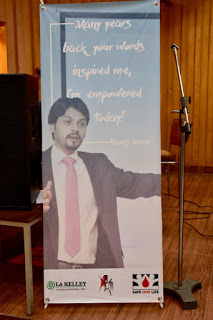 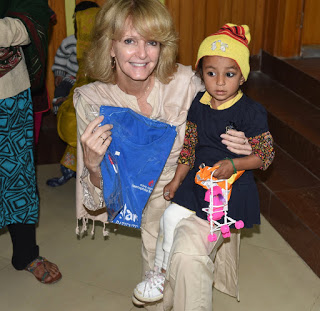 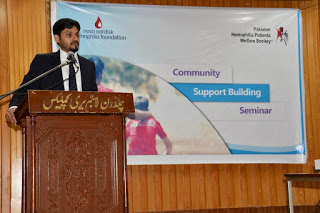 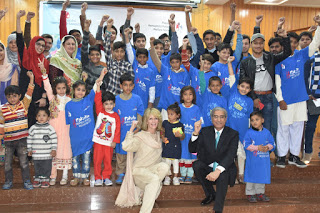 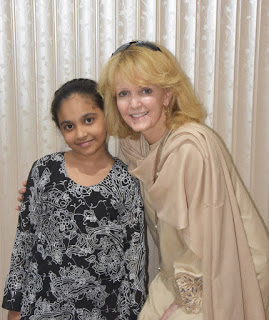 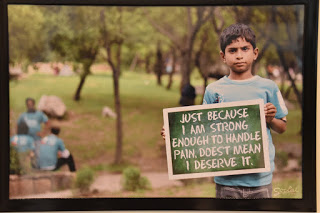 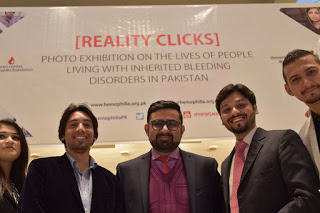 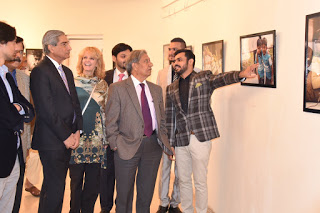 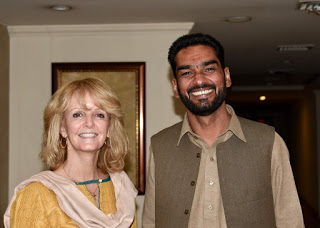 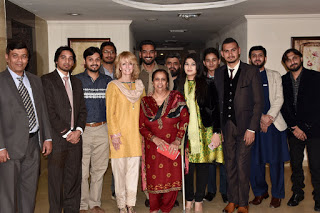