My daughter Tara gave me a great book for Christmas called The Lizard King (see review below). Not about Jim Morrison this time, but about the seedy “underbelly” of the reptile smuggling business in the 1970s. The book mentioned the historical origin of the logo of the snake wrapped around a staff, which we all recognize in medical arenas, but seldom ask where this came from. So I thought I’d share; I certainly stared at it plenty of times on my son’s Medical Alert bracelet when he was a child.

I used to think it was from the Greek God Mercury’s staff, but I was wrong!

In Greek mythology, the Rod
of Asclepius, sometimes also
spelled Asklepios or Aesculapius, also known as the asklepian, is a serpent-entwined rod wielded by the Greek god Asclepius, a deity
associated with healing and medicine. The symbol has continued to be used in
modern times, where it is associated with medicine and health care, yet
frequently confused with the staff of the god Hermes, the caduceus. Theories have
been proposed about the Greek origin of the symbol and its implications.

In honor of
Asclepius, a particular type of non-venomous snake was often used in healing
rituals, and these snakes – the Aesculapian snakes –
crawled around freely on the floor in dormitories where the sick and injured
slept. These snakes were introduced at the founding of each new temple of
Asclepius throughout the classical world. From about 300 BC onwards, the cult
of Asclepius grew very popular and pilgrims flocked to his healing temples
(Asclepieia) to be cured of their ills. 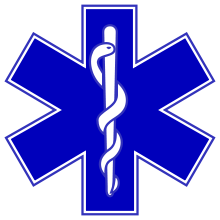 But why a snake? The significance of
the serpent has several interpretations:

1. the shedding of skin
and renewal is emphasized as symbolizing rejuvenation
2. the serpent is a symbol that unites
and expresses the dual nature of the work of the physician, who deals with life
and death, sickness and health.
3. The use of drugs can help or
harm, as reflected in the meaning of the term pharmakon, which meant
“drug”, “medicine” and “poison” in ancient Greek. Products derived from snakes had medicinal
properties, and in ancient Greece, at least some were aware
that snake venom that might be fatal if it entered the bloodstream could often
be imbibed. Snake venom appears to have been ‘prescribed’ in some cases as a
form of therapy.

Really fascinating; something new to know as you start your new year! And if you want a great read, see this…
Great Book I Just Read
The Lizard King by Bryan Christy
A fascinating story about the illegal smuggling of endangered reptiles into the US in the 1970s. This reads like a crime thriller, and there are indeed many parallels to the drug trade, including mafia, “mules” and the feds. How one many mostly built up an incredible multi-million dollar business smuggling reptiles into the US, while being tracked for years by one man in particular by the government, in an attempt to set up a sting. With its surprise and poignant ending, this would make for a great movie!
Four/five stars.

PrevPreviousWishing all Our Colleagues and Associates a Happy New Year!
NextFactor XIII Patients Get New TreatmentNext