It’s graduation time! I am off to two graduation parties this month–one for a young man who I’ve known since age 4. He’s like my own son. And here is a story about a wonderful young lady with hemophilia, who I have known about since she was young, too. This is written by her mother, Shari. What an honor to know these remarkable young people as they become our future leaders, in hemophilia, and in the greater world.—Laurie 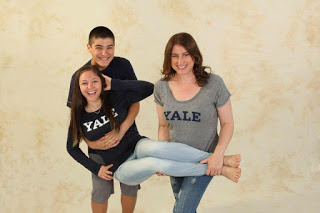 Harvard, Princeton, Yale, MIT and Columbia— all offered admission to my daughter Rose for their Class of 2019. A true miracle
considering back in 1998 it wasn’t known if she would make it through the night.

Born healthy on May 15, 1997, baby Rose
lay bleeding to death in the hematology/oncology wing at North Shore Manhasset,
New York, at the tender age of 9 months. She required a whole blood transfusion,
fresh frozen plasma and cryoprecipitate in order to save her life while her stunned
parents heard the puzzling diagnosis: hemophilia. 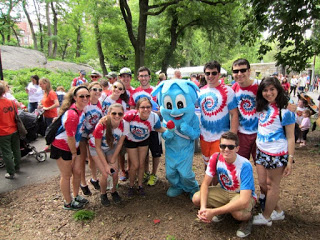 Throughout elementary and middle school,
Rose would miss many days due to bleeds and complications. Rose was also diagnosed
with ulcerative colitis in the beginning of her high school years. Despite having
two serious chronic illnesses, Rose never complained or requested special treatment.
She flourished academically and socially, was recognized as a Siemens semi-finalist
and was voted second-runner up Homecoming queen by her peers.
Rose achieved a perfect 36 ACT score as
well perfect scores on all her SAT II’s and 5’s on all her AP exams. Her outstanding
GPA led Rose to be named Valedictorian of Half Hollow Hills High School West in
Dix Hills where she was recently awarded the “Golden H” award, the school’s top
honor. 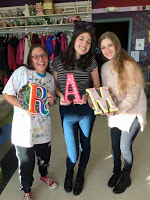 Rose didn’t let her illnesses stop her
from being active in extracurricular activities; she was manager of the fencing
team and editor of the school yearbook, and led the school’s record-breaking blood
drive. Somehow Rose also made the time to help others, taking an active fundraising
role in NYC Hemophilia Walk and the local CCFA Walk. Rose has spoken at numerous
New York City Hemophilia Chapter events, and has also shared her story at multiple
Long Island Blood Services events. After being fencing manager for three years,
Rose got medical clearance to finally fence on the strip, and she won her first
varsity bout. 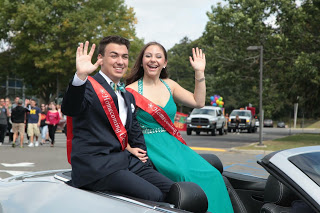 Rose’s achievements would be impressive for any young woman.
When you factor in a chronic and life- threatening bleeding disorder and an often-debilitating
lifelong gastrointestinal disease, it is downright inspiring. Rose has selected
to attend Yale University in the fall, where she is sure to make her mark. She was
recently featured on a piece on ABC Newschannel 7 here in New York.

From me again: Congratulations to Rose and her family! Her achievements
are better understood in perspective when you consider the talent and drive of
her parents, who have long been active in the hemophilia community, both nationally
and locally!
Good Book I Just Read

How to Become a Rainmaker
Jeffrey J. Fox
This quick read covers a lot of ground for business people who want to bring in more revenue. A bit dated now, it still contains wise advise for improving your skills in the field, with customers and staff. Bottom line? Cherish your customers, never take them for granted and know that anyone could be or become your customer. Contains “Killer Sales Questions” and tips for wining/dining and winning over customers. Three out of five stars.