Safety versus Science: Do We Allow Blood Donations by Gay Males? 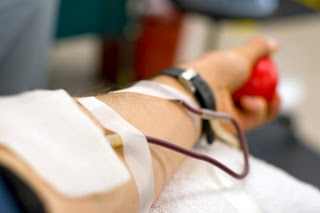 Remember the 1980s? For those with hemophilia, we remember fear, lack of understanding, being labeled part of the “Four-H Club”: the groups who seemed to get AIDS most predominantly were heroin users, homosexuals, hemophiliacs and Haitians. Fast forward to the Millennium and one group still seems to be held under a microscope: homosexuals. A lifetime ban was placed on homosexuals in 1983 due to the spread of AIDS through blood donations. Homosexuals were social activists and quite altruistic. They often donated blood. Before HIV was identified, their donations contributed to the spread of HIV to those with hemophilia.

So why are they still banned from donating blood? Is there a scientific or medical reason–or just plain discrimination?

Apparently 18 senators think it’s discrimination. A letter signed by all was sent to the Food and Drug Administration (FDA) last week, requesting the FDA to modify its policies on donors. They asked the FDA for the same deferral policies for heterosexuals engaged in high-risk behavior–usually a 12 month waiting period. In plain language: if you are a gay or bisexual man, you could donate blood if you have not had sex with a man in the past 12 months.

What do the nation’s blood bank organizations have to say about that? They’ve been open to changing policy since 2006. The AABB, America’s Blood Centers and American Red Cross all support a 12 month deferral. And the CDC says transmission of HIV through blood donations are extremely rare – less than 1% of all new HIV infections.

But Mark Skinner, president of the World Federation of Hemophilia, cautions that the focus should be on the safety of the recipient, not the altruistic needs of the donor. Blood-donor rules are discriminatory by design, Skinner says in the Washington Times. He noted that people with hemophilia can’t give blood, so it’s not about discrimination; it’s about scientific vigilance.

In a statement released February 19, the WFH stated that donation policy must be based on the Precautionary Principle, which asks that in the absence of scientific consensus, decisions must err on the side of caution. Here, not to cause any unnecessary risk to recipients of blood donations.

This is a fascinating discussion about safety and science, and one that has not ended yet. Surely it is difficult to be a gay male and not to be allowed to donate blood, which is a highly altruistic and socially conscious act. But due to our history, the hemophilia community may defeat efforts to change the current blood donation policies.