See you in New Orleans! 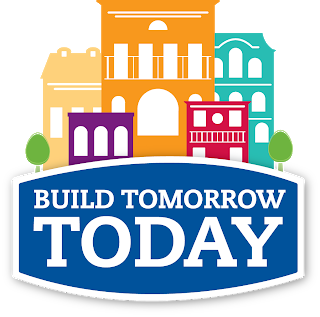 I am looking forward to arriving in New Orleans this week, to attend NHF’s annual meeting. I haven’t missed one in well over 15 years. There should be lots to talk about, with the new Health Care Reform bill passed this year, and the showing of the new documentary “Bad Blood.”

I’ll be facilitating a great symposium on Saturday morning, called “Build Your Tomorrow Today,” hosted by Baxter BioScience. The topic is a good one for anyone with a transitioning person with a bleeding disorder such as a teen, college kid, or even an adult who is looking for a new line of work. We will have two expert speakers: Art Wood of PSI, who will address the insurance issues that come with new phases of life. And Don Molter, a career counselor, Indiana Hemophilia & Thrombosis Center. We’ll also have community members give testimonials about their experiences in trying to change jobs or careers, and handling insurance,

Breakfast starts at 6:30 am and the program starts at 7 am sharp; see you there! 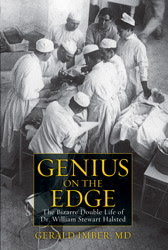 This is the amazing story of an American hero, the founder of modern surgery. Consider that just 100 years ago most doctors only needed a high school exam to get into “medical school,” and most had never even seen a patient by the time they graduated! It was more snake oil than science, and this at a time when Europe, particularly Germany, surged ahead in medical advances. In 1850 there was no anesthesia, no germ theory, no blood transfusions and few surgeries were even performed because the outcomes were usually disastrous. The best surgeon was usually the fastest. Patients who faced surgery often died of infection, gangrene or shock from blood loss.

Then along came Halsted, and changed all that. He studied in Europe, became a surgeon, and helped to create the leading edge medical school at Johns Hopkins University, the premiere hospital in America and one of the few that didn’t flunk the Carnegie Institute’s national assessments. He initiated the aseptic technique in America, which cut infections up to 90% or more following surgery. He insisted that everyone use latex gloves; he pioneered mastectomies, hernia repairs, and more. And even more, he trained men who became outstanding leaders and pioneers in their fields, including William Osler, William Henry Welch, Harvey Cushing (there are bios on each and I am going to read them! These men are like superheroes).

The book delves as much into his bizarre personality and personal life as much as his towering achievements. He was addicted to cocaine, and later morphine, which he apparently never kicked. He was fairly antisocial, and quite particular about his clothes and Italian shows–yet his house was cluttered like a hoarder! There is no doubt that his mark on history is great.

Whenever you or your loved one has surgery in the US, give thanks to William Halsted, whose high standards, complete dedication and genius, saved literally countless lives. I can’t wait to go to Johns Hopkins someday and see his portrait. I feel like I know him from this excellent book! Three stars.

1 thought on “See you in New Orleans!”