Staying in Touch With Insurance Reform 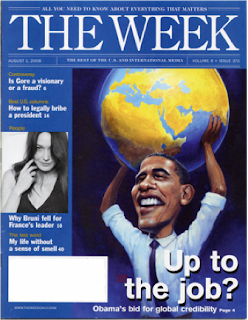 My daughter Tara is 20 now, and I’m trying to get her to do something I started when I was age 18 and became eligible to vote–reading weekly news magazines to try to stay abreast of world and national events. Tonight I skimmed through Time magazine and asked her to flip through it and read in depth at least one article, and then we could discuss.

I know it’s hard for her to get time, with college and commuting. And I know it’s hard to get started when you’ve never tracked any world news–who’s the new Speaker of the House? What might change the course of politics in Zimbabwe suddenly, and what is China’s environmental status? I also want her to read cover to cover each week the news magazine The Week, which gives brief but insightful synopses of the week’s editorials on events, in a debate pro-con format, which allows us to make our own mind’s up about what we are reading.

I also began thinking that so many of us in the bleeding disorders community are a bit overwhelmed by all the news about health care reform and how it will impact us. But we have our own The Week, and I urge you to read it, every week.

HFA’s Friday Update is an email newsletter that gives you excellent summaries of insurance news that has to do with bleeding disorders. All you have to do is subscribe at www.hemophiliafed.org, and an email will arrive every Friday in your Inbox, with a summary like this below, with live links to complete articles. I can think of no better way to watchdog what is happening–something we all need to do! And you may have heard that HFA president (and friend) Paul Brayshaw, and a photo op recently with President Obama, in Paul’s backyard! So… start reading this coming week, and learn!

Sample for this week….

The Senate voted late Thursday to postpone a massive cut in Medicare pay for doctors, agreeing to pay doctors at current levels through Dec. 31. Senate leaders also promised to work toward a 12-month postponement before the end of this year. Doctors were threatening to stop taking new Medicare patients if the cut went through. The measure now goes to the House, which has adjourned for the week. House Majority Leader Steny H. Hoyer, (D-MD), announced Thursday evening that the chamber would take up the measure Nov. 29. Read More

As of November 15th, employers will now be able to change insurance companies and keep their “grandfathered” status as long as the change does not result in a significant increase in cost or a significant decrease in benefits as laid out in the health care reform law. One of the concerns that prompted the change was that the original rule may have given an unfair advantage to insurance companies when negotiating pricing and benefits with employers because of the employer’s fear of losing “grandfathered” status. Learn More

The Senators filed a 16-page brief in the federal case based in Florida arguing that a key part of the new healthcare law (the requirement that all individuals have health insurance) is unconstitutional. Learn More

Department of Health and Human Services Provides Guidance on “Exchanges”

The document is the first in a series that the Department of Health and Human Services (HHS) will publish over the next three years to provide information to states and the territories seeking to establish a Health Insurance Exchange under the Affordable Care Act. Regulations for public comment will be issued in 2011. This guidance is intended assist states and territories with their overall planning, including legislative plans for 2011. Learn More

Sen. Ron Wyden, (D-OR) and Sen. Scott P. Brown, (R-MA) collaborated on a bill (Empowering States to Innovate Act), that proposes to move up the date when states would be allowed to opt out of certain obligations in the health care overhaul law — including the controversial requirement that all people purchase health insurance. The bill is the first time a Democrat has teamed up with a Republican to try to modify the health care law. It is also the first time a Republican has offered legislation to ease a requirement in the law rather than repeal it. The Department of Health and Human Services would have to confirm that the state provides coverage at least as affordable and as effective as what the law requires. In addition, the state alternative would have to insure a comparable number of residents and not increase the federal deficit.

During the hearing on Wednesday, the Committee heard from Administrator Donald M. Berwick. Berwick testified that his goals include: better coordination of care through systems such as Accountable Care Organizations, improved care for chronically ill patients and prevention. He also stated “his job is to make Medicaid stronger and more viable, and he realizes states are facing tremendous budget pressures in the economic downturn.” Republicans used the hearing as an opportunity to voice their concerns regarding the new health care reform law and their intentions to closely monitor Mr. Berwick’s actions at CMS, while Democrats used their time to show support for the new law and for Mr. Berwick. To download Donald Berwick’s testimony and the statements from the Senate Finance Committee visit the Committee’s website.

Created by the Affordable Care Act, the Innovation Center will examine new ways of delivering health care and paying health care providers. CMS also announced the launch of new demonstration projects that will support efforts to better coordinate care and improve health outcomes for patients. For more information on CMMI visit their website.

Administration officials are issuing more waivers to try to prevent some insurers and employers from dropping coverage. Read More