The Mountains are Calling…

The mountains are calling, and I must go. —John Muir

What is it that makes someone crave climbing hard, cold, dangerous mountains? Is it the challenge? The view? The bragging rights? 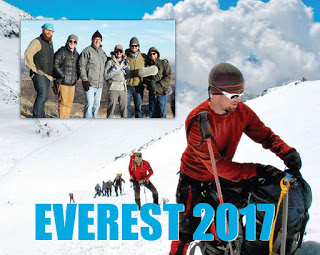 I never knew I loved mountains so much until I was well into my 40s and took up rock climbing on a whim. And that was in a gym. When I tried it outside, on New Hampshire’s Cathedral Ledge, a 500-foot sheer drop, I was hooked forever. A combination of fear, exhilaration, adrenaline, relief, and a huge sense of accomplishment flooded me. I knew very well there was a chemical aspect of this as endorphins coursed through my blood, making me feel drunkenly happy. Welcome to my new addiction.

I also knew that the intense concentration I had just experienced for four straight hours made me completely forget the world, any worries, the future, the past. Everything was reduced to, “Find that next nub to put your toe on and hang on for your life.” It was remarkably clarifying, much like skydiving, or even playing a complex piano piece. Such intense focus actually relaxes the brain when you finish the jump or performance. It’s like meditation.

And then, there’s just something inexplicable to me about rocks. I love them. I love the sight of them, color, feel. When I see a pretty rock at my feet, I pick it up to examine it. When I drive down the highway, I scan the dynamited masses on either side and imagine trying to scale them. When I am in Utah, my rock mecca, I just gape at the surreal world of red, striated rocks that reveal the history of the earth, the mesas, the hoodoos. When I get close to rocks, I feel something; energy? I know some people swear by the healing power of certain rocks. I don’t know about that, but I do know being near them makes me feel connected to earth, to life, to the universe.

Climbing is less about the view, and more about the journey, overcoming fears, pushing yourself to extreme limits, wringing out every ounce of strength (and oxygen) in you to see how much you can handle. It’s a psychological test set among the most beautiful places on earth.

Last summer I couldn’t wait to jump out of bed once or twice a week at 4:30 am, grab my gear, and head north to New Hampshire’s Mt. Washington for a 7-hour strenuous hike. You finish utterly wiped out, starving, grimy, sweaty, and deliriously happy. That was in preparation for Mt. Kilimanjaro last August.

Now I am training again—for Everest base came, in two and a half months.

I’ll be following in the footsteps of mountaineer Chris Bombardier, person with hemophilia B, friend, and fellow board member of Save One Life. Chris also loves mountains, and he is lucky enough to live in Denver, and grew up among rocks. Chris is attempting to complete the Seven Summits, the highest mountains on each of the seven continents. He’s completed five to date (though has “temporarily” been denied access to Mt. Vinson in Antarctica due to his hemophilia). Well, when he was denied, he thought, “I’ll show them! I’ll just climb Everest first!” So Chris will be attempting to summit Everest in early May!

If successful, Chris will become the first person with hemophilia in history to reach all Seven Summits.

You may know Chris, a rising star in the hemophilia community. I first met Chris in 2011 at NACCHO, when he was about to climb Kilimanjaro with his uncle, and I was about to climb it a few months after him as a fundraiser for Save One Life. He shared his dream and I heartily approved and told him I would help if at all possible. I’ve followed each of his summits; we helped fund one of them. When no funding seemed apparent and he would get downcast, I told him to stay positive, it will happen; nothing will stop someone with such big and noble dreams. And sure enough, the funding for Everest was daunting, for anyone but especially a young man from Denver. But luckily, I’m not the only one who believes in Chris! Octapharma, a privately owned Swiss company that manufactures blood clotting medicine, funded Chris’s fees and travel entirely!

Best of all, this historical event will be captured on film and made into a documentary by Patrick James Lynch, another rising star in hemophilia, and Believe Ltd.

And there is a higher goal, beyond challenging ourselves and setting records in the hemophilia community. Chris wants above all to highlight the gaping disparity in treatment between the developed and developing countries. And as you know, this has been a passion of mine for the past 20 years. I’m thrilled that Chris cares as much as I do about changing the lives of 300,000 people worldwide with no access to factor. In fact, Chris is betting his life on it: a climb up Everest is difficult and dangerous. Chris is taking these risks because his reward is that the spotlight will be put on those who suffer even more.

Save One Life has been working in Nepal for years and we sponsor over 80 people there with hemophilia. We helped provide funding to rebuild homes post-earthquake, and LA Kelley Communications has helped pay for surgeries. It’s a country dear to us all.

So why do we climb? To feel rare emotions—euphoria, extreme exhaustion, deep joy, eternal gratitude. To overcome out fears; to push ourselves to the limits; to do something with lasting impact—a historical climb, a movie about hemophilia; and hopefully to change the lives of our fellow community members who need our help.

And me? I’m going to base camp at 17,600 feet after a nine day hike through stunning vistas (with yaks!), spending two days with Chris, then descending, leaving him to prepare for the climb about a month afterwards. I’ll have some stories to tell, and prayers to leave for my friend, one of the bravest guys I know.