WFH Congress: “Life chose this for us” 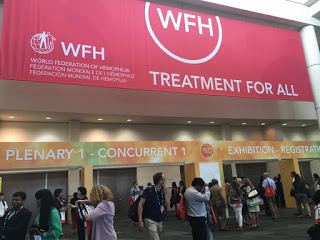 This week, for the first time in 26 years, the World Federation of Hemophilia is holding its biannual Congress on American soil. Gathered in Orlando, Florida are about 3,000 healthcare workers, patients and representatives from patient national organizations who want to learn from each other to advance care for bleeding disorders in their countries. Tonight was the opening ceremony, much toned down from years past. The focus was entirely on the 75% of the world’s 400,000 with hemophilia who have little or no access to care. What a huge change! The WFH–and the NHF, which held its annual meeting just last week–are together committing to help the world’s poor get access to the medication they need. This is the first time the NHF and WFH are holding meetings back to back, creating the largest gathering of bleeding disorder patients in history.

A crammed, enormous audience sat quietly listening to interviews with four speakers during the opening ceremony: Alain Weill, president of the WFH, and Jorge de la Riva, chair of NHF. Then, Alain Baumann, CEO of WFH and Val Bias, CEO of NHF. Jorge’s opening speech was passionate and focused on what he experienced when his son was born with hemophilia 21 years ago. “I am willing to fight for my son with my dying breath, for his health, his future, his life,” he revealed to the crowd. “Life chose this for us,” he remarked, but hemophilia would not dictate their life. Jorge acknowledged that his son is privileged to grow up with plentiful access to factor, but is cognizant of the underserved globally. He quoted Olympic skater Scott Hamilton, who also had a chronic disorder: You can succumb to it, adapt to it, or evolve and become better because of it. This latter is what we want to focus on in our community. Evolve. Jorge added, “It can be a gift, which can spur you to action, for something bigger than ourselves.”

That “bigger than ourselves” needs to be the developing world, where children suffer daily from untreated bleeds. The WFH showcased a film (produced by Patrick Lynch of Believe Limited) which portrayed a mother and a young man who grew up in Africa. Over and over the mother said, “I’m tired.” Tired of pain, of sleepless nights, of living day to day. It’s for them that we work so hard at the WFH, at Project SHARE, at Save One Life, to find ways to bring them care, to help them gain access to factor so they can live normal lives. I’m truly pleased to see that WFH is working now in tandem with NHF to bring care to other countries. And we at LA Kelley Communications will also work more closely with NHF, WFH and the Novo Nordisk Haemophilia Foundation to offer what we can. We’ve been assisting developing countries for 20 years, since 1996, and it’s amazing and gratifying to see all the groups coming together. For only together can we solve the problems of bringing factor and treatment to all.

We have four days of meetings, symposia and networking ahead of us. Then two weeks from today, I start my ascent up Mt. Kilimanjaro! Why? To fundraise for Save One Life, to bring attention to the plight of the poor in developing countries with hemophilia, to summit and unfurl our banner on the highest peak in Africa, and the highest freestanding mountain in the world. It’s a metaphor for our work in other countries: a long, hard climb with no amenities, but the view at the top makes it all worthwhile. 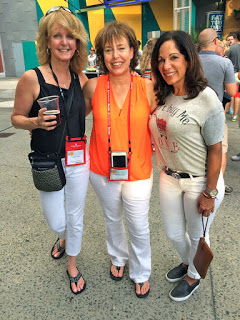 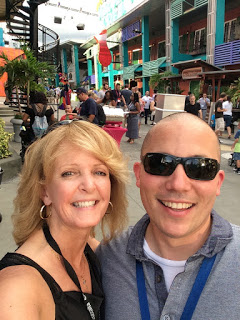 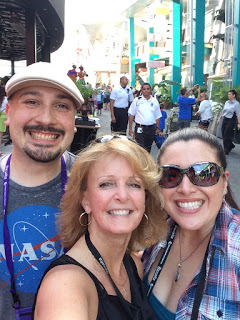 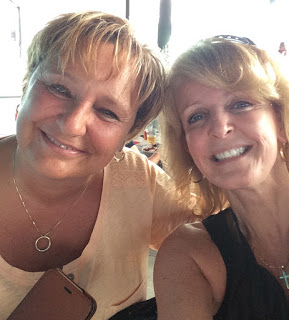 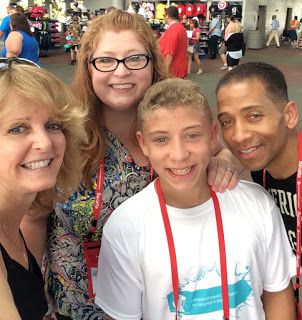